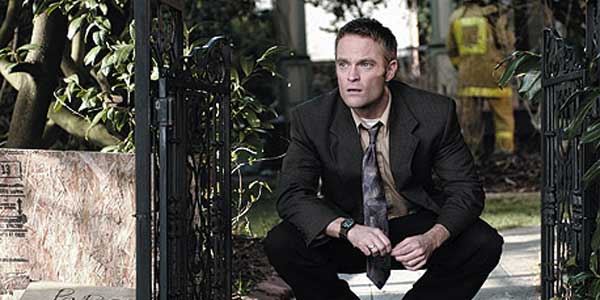 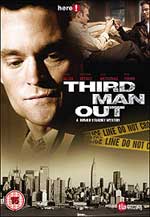 Private eye Donald Strachey is asked to look into an attack on a man called John Rutka, who’s famed for outing powerful people as gay. While Strachey and Rutka’s ideas on gay politics differ dramatically, the PI gets pulled into the case after his boyfriend is attacked and Rutka is killed.

If some gay films have problems because they try to hard to be ‘GAY’, others face the fact that it’s often difficult to integrate a gay main character into a genre that isn’t used to it. The problem is that unless handled well, it seems like a token assignation, designed more to appeal to the pink pound or a political ideal, rather than being well integrated into the film. To be honest there’s no reason why you can’t have gay characters doing virtually anything their straight counterparts have always done in the movies, but there’s no doubt that, unfortunately, it’s still tough to pull off. Third Man Out gets around it by pulling the sexuality of its private eye lead into the centre of the plot. (Strachey is played by gay actor Chad Allen, who found huge fame on ‘Dr. Quinn Medicine Woman’, but could barely get work after he first came out).

While the plot may be a little overworked and occasionally edges towards the far-fetched, Strachey is a fascinating and unusual character for film – a gay man whose sexuality informs who he is as a person, but doesn’t define it. The film is slightly hampered by the vague sense that this is really an extended episode of a TV series (except that in the US, getting the money to make a whole series about a gay PI is very tough), but even so Third Man Out is a well-made and very watchable movie. Indeed, it did well enough that two sequels have since been made, Shock To The System and Ice Blues.