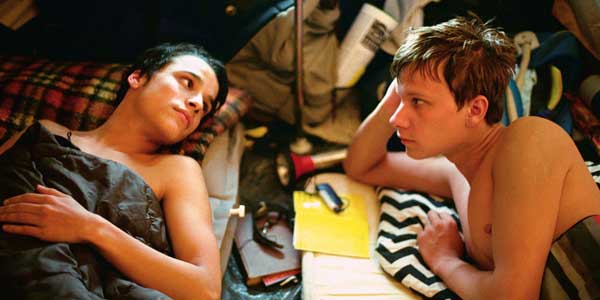 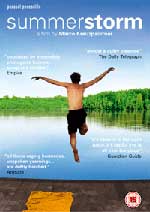 Teenagers Tobi and Achim are best friends who are heading off for a summer camp with their rowing team, ahead of a big competition. The boys are extremely close, even going as far as to wank off together, and believe nothing could ever come between them. However, as Achim gets closer to his girlfriend and Tobi gets to grips with his sexuality – and his love for Achim – a wedge slowly starts to be driven between them. The rift becomes even bigger when the gay ‘Queerstrokes’ rowing team sets up camp nearby, which edges Tobi ever closer to the closet door.

Summer Storm is definitely one of the better coming out movies, dealing sensitively and movingly with a young man coming to terms with his sexuality. It handles many of the issues well, such as the problems coming out can cause between friends and the relatively ignored difficulties that can happen when people are first trying to make gay friends and delve into gay culture.

Sweet and ultimately life-affirming, it’s little surprise that in the last couple of years Summer Storm has become a bit of a gay movie fave. Some may find it a tad sentimental, but it’ll leave you feeling warm. The movie doesn’t really have all that much new to say, but what it does say it says well.

Overall Verdict: A good little German addition to the coming out subgenre of films, that entertains and warms your heart.