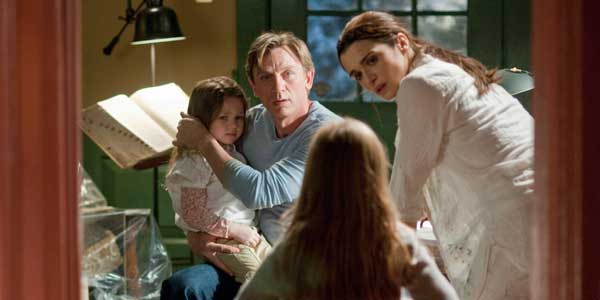 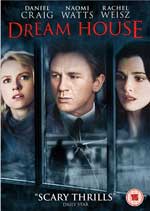 Daniel Craig plays Will Atenton, who moves into a seemingly idyllic small-town home with his wife (Rachel Weisz) and two daughters. However their apparently perfect new life begins to fracture when they discover their house was the site of a family massacre five years before. Teens hold séances in the basement and there are rumours that the killer may have returned. And then there’s the next door neighbour, Ann (Naomi Watts), who appears to know more than she’s letting on to.

Many of the criticisms levelled at Dream House have validity to them, not least that it would have been better if the trailer hadn’t revealed a couple of the movie’s key twists. Much of the plot is also pretty much implausible and some of the writing is overly convoluted and murky – indeed there are simple ways it could have made more sense but that it doesn’t bother with for some reason. However some of the criticism seems to be down to the film not living up to what people thought it should be, rather than what it is. For example, the twist the trailer gives away isn’t from right at the end of the film, but about a third of the way through, as this isn’t really a movie about the twists and turns and more about how the characters deal with these problems.

It doesn’t 100% work, as there are too many loose ends and each major plot turn is too obvious. Even if you haven’t seen the aforementioned twist in the trailer, you’ll probably have worked it out before the reveal, and the way it’s structured means that if you’re aware of the grammar of thrillers, you’ll know pretty much every step what’s going to happen and to whome by the time we get to the end.  It may be about the characters, but signposting everything so clumsily doesn’t help.

What keeps it above water are the performances and the fact that underneath the convoluted surface, it actually has a few interesting ideas. You can see what attracted the likes of Daniel Craig and Rachel Weisz to the movie, even if the results aren’t exactly what they were planning. While Watts is rather wasted, Craig and Weisz do a good job playing with the subtleties of their characters, which sadly get a bit lost under the OTT storyline.

The film has more than a whiff of studio interference about it, which is likely why six-time Oscar nominated director Jim Sheridan pretty much disowned it. Many had wondered why the director of My Left Foot and In America went for a genre thriller in the first place, but it’s tough to know whether the film’s flaws can be levelled at him, or if some heavy studio re-editing has resulted in a film that’s pared down to the bare bones in the hope speed will help the audience ignore the movie’s problems.

Dream House is certainly not as bad as it’s been billed and as a thriller a lot of it is actually quite fun. It may be utterly unbelievable and silly, but thanks to Craig and Weisz, it’s very watchable. Look at it as a thriller about the characters and not the twists and it’s a decent 90 minutes.

Overall Verdict: Bashed far more than it deserves, Dream House is flawed and silly, but still worth a look, even if only for Craig and Weisz.