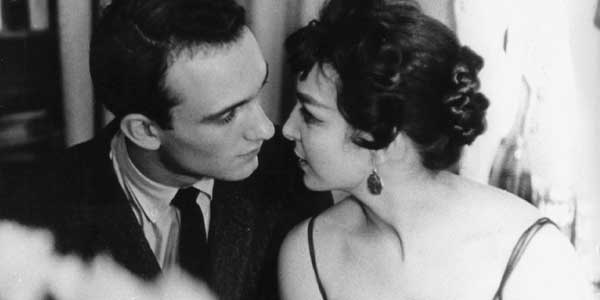 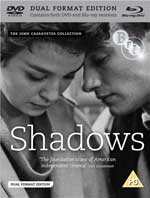 Director John Cassavetes was having some success in TV and film as an actor in the late 50s, but his heart had always been in underground New York theatre. He raised a minuscule budget and over three years put together Shadows, which was unlike virtually anything that had gone before it. The film debuted in 1959, the same year Jean-Luc Godard was shaking up the movie world with Breathless, and between that movie and Shadows, they pointed the way forward. While Breathless was auteur driven and self-referential to the tropes of cinema, Shadows was far more interested in the actor and attempted to find a new form of realism, informed by cinema verite.

There’s not a vast amount of plot, but Shadows focusses on a group of people in late 50s New York, most particularly three siblings – one of whom looks fully African-American, another who is mixed race while the third can pass for white. The movie looks at their lives, but rather than going in for heavy-handed ideas about race, the film is more interested in the subtleties of their lives as one falls in love, another struggles to build a career as a singer and the third floats through the beat scene.

However rather than a standard plot, Shadows is more about individual scenes (all of which were improvised) and what the actors can reveal about their characters, with the camera treated like a fly on the wall merely recording what was happening. It’s a strategy that ensures it’s not an easy watch, but also manages to bring out things it would be difficult to reveal other ways. Some of the scenes are wonderful, most notably one featuring a man and woman in bed after her first time.

It’s not 100% successful and it definitely has a disjointed feel, but there’s still something oddly exciting and new about Shadows, despite the fact it’s now 53 years old. Cassavetes refined his technique after Shadows, soon realising that the pure cinema verite style wasn’t actually the best way to try and bring his new form of realism to movies. However if you’re interested in the history of cinema, Shadows holds a special place.

At the time it was released Shadows was startling to many, not just because it was such a different type of movie, but because it pointed to a way of making movies outside the mainstream and about people who were normally ignored by film. It became an inspiration to many, and the echoes of Cassavetes are still felt today in everything from the cinema of Gus Van Sant to the endless indie movies about quirky misfits.

I’m not going to lie to you, a lot of people will watch this and be bored rigid, but if you go into with an open mind and understand its place in the history of indie cinema, it’s a real treat. It also looks surprisingly good in HD. It’s far from perfect, but considering the movie was so degraded at one point it was almost lost to us completely, the preservation and restoration efforts are impressive. There are also a few interesting special features, which are well worth a look for those interested in what Cassavetes was trying to do.

Overall Verdict: Not the easiest or most entertaining film, but it’s a fascinating chapter in indie movie history filled with penetrating scenes.