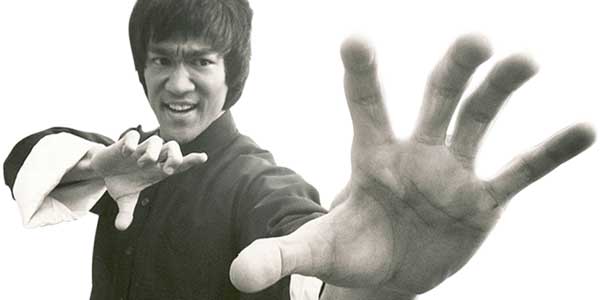 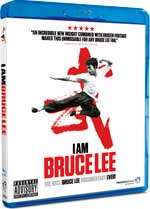 The film covers everything from his birth in San Francisco and early life in Hong Kong, through his rise as both an actor and martial arts instructor in the US, before he headed back to Asia to make the likes of The Big Boss, which led to the classic Enter The Dragon. Of course, he tragically died shortly before that film was released. There’s plenty of interesting info, from the fact he returned to the US at the age of 18 partly because he’d gotten into so much trouble fighting, to the battle he had to conduct with old school martial artists who said he shouldn’t be teaching non-Chinese people Eastern styles.

I Am Bruce Lee also features plenty of insights into his acting career and how for him this was secondary to his martial arts and his life trying to be a holistic person (he studied philosophy at university). However more than anything else the movie is about the inspiration Lee has been, both in terms of action filmmaking and more particularly the world of fighting. Indeed one of the most interesting sections is about whether Lee is the father of MMA or not, and whether he really was as good a fighter as he’s cracked up to be.

Like James Dean and Marilyn Monroe, there’s no doubt that Bruce’s legend is partially based on the fact he died young, so people can put him on a pedestal without the reality of an aging Lee getting in the way. There’s little doubt I Am Bruce Lee is part of the hagiography of the star, but it’s interesting, informative and is certainly helped by a panoply of interviews with everyone from Lee’s wife and daughters to the likes of Mickey Rourke, Kobe Bryant and Taboo from the Black Eyed Peas. There’s also plenty of rare footage of interviews with Lee, giving insight into the man and his work. The documentary has a few moments when the quick cut editing is a little too much like sensory overload, but it’s only a minor gripe in what is otherwise an extremely well made and interesting documentary.

The extras on the Blu-ray include some footage of Lee in his Hong Kong movies, as well as some fascinating backyard home movie footage of Bruce working out with his young children running around. It all makes for a good package for fans of Bruce Lee, while ensuring there’s plenty to interest non-devotees too.

Overall Verdict: If you want to know more about the martial arts legend, this is a great place to go, offering loads of info on the man and his legend, with loads of interviews with the people close to him and those he inspired.