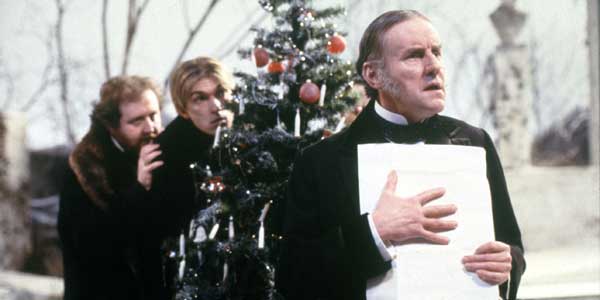 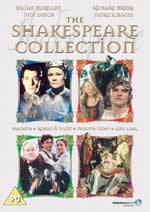 Once Upon A Time ITV didn’t just produce The Only Way Is Essex and The Only Way Is Downton Abbey, they also made adaptations of Shakespeare (or at least Thames Television did). This box set collects four of them together – King Lear, Macbeth, Romeo & Juliet and Twelfth Night – all shot in the 70s and 80s. Some are actually filmed stagings of theatrical productions of the plays, so for example, Twelfth Night is Kenneth Branagh’s 1987 version from his Renaissance Theatre Company, while Macbeth is the 1979 RSC take starring Ian McKellen and Judi Dench.

None of them are the best film/TV versions of their particular Shakespearean tale, although Macbeth comes close (there have been an almost ridiculous number of Macbeth movies over the years, but none have ever completely hit the nail on the head). They do act as a decent way into the Bard though. That said, while technically they’re quite good for young people who normally have difficulty with the language of Shakespeare, it’s difficult to see them giving these a chance, due to their often cheap-looking sets, decades-old TV production values and slightly stagey feel.

They’re all decent to watch though, except perhaps King Lear, as while Patrick MacGee is good in the title role, the cuts made to the original text seem odd, ripping important sections and characters out – such as the fool – so it seems a bit lop-sided. Romeo & Juliet is well acted, even if it is filmed a little too much like a sitcom.

You know you’re going to be onto a good thing when you’ve got Ian McKellen and Judi Dench in Macbeth, especially when they’re supported by the likes of Ian McDiarmid and Bob Peck. As for Twelfth Night, it feels indecisive as to whether it’s for the stage or screen, but it certainly shows why Branagh has such as gift for Shakespeare. Twelfth Night is a play that seems simple to stage but it’s easy to get horribly wrong. Branagh’s production pulls it off well, especially as Richard Briers is a brilliant Malvolio.

The Shakespeare Collection is definitely a mixed bag, but with and RRP of £19.99 (and already available for under £13 online), fans of the Bard can’t go far wrong.

Overall Verdict: Macbeth and Twelfth Night are definitely better than Romeo & Juliet and King Lear, but it’s still a pretty good set, especially if you’re looking for a bit of a Shakespeare starter course.