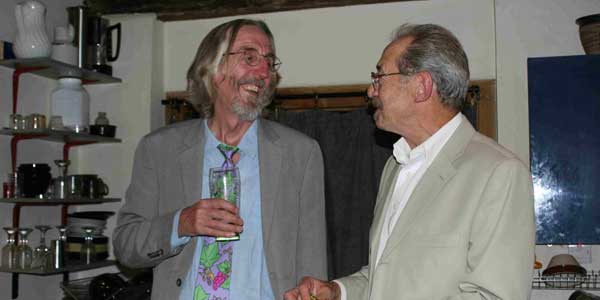 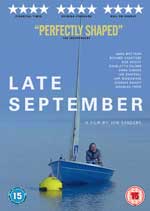 Late September isn’t your usual movie. Made on a microbudget, the film was completely improvised by the actors on set (based on an outline from the director), using long takes with little editing. To be honest, for about the first 20 minutes, I didn’t hold out much hope for the film. The beginning suffers the curse of many attempts at improvisation, where the actors are so busy trying to get across the information they need to – while also appearing natural – that the whole thing comes across faker than if they’d just followed a script.

It doesn’t help either that pretty much every shot feels deliberately staged, with characters artificially plonked together with an agenda to get across. However after the opening, things pick up considerably, with the film revealing itself to be thoughtful and intriguing as the actors settle into their roles and whole thing gets a more fluid feel.

There’s not a gargantuan amount of plot. It’s George’s 65th Birthday, and friends and family slowly gather for a party. George and his wife Gillian don’t exactly have great communication, with George getting angry about pretty much everything that comes out of his wife’s mouth. As the evening progresses and the party gets into full swing, the relationships between the friends and relatives are revealed, regrets are exposed and Gillian has something she can’t keep inside anymore.

Although the early parts of the movie are slightly tedious and slow, once the party gets going, it’s a far better movie. Although George could perhaps have done with being played with a bit more subtlety, the interplay between the characters is very interesting. It’s a movie about the point where middle-age meets the realisation of mortality, and people are faced with the choices they’ve made and whether that’s how they want the rest of their life to be. Interestingly though, it’s not just about how this causes people to think about the future, but also to reassess the past, as they consider how different things might have been if they’d taken a different path.

The sense of reflection and sadness that pervades the film pulls it through and makes up for the rough edges and quite a few moments that don’t feel real (what the characters say has a ring of truth to it, but often it doesn’t feel quite how real people talk). It’s certainly not a movie that’ll leave you with a smile on your face and a spring in your step. Things get darker and bleaker as it progresses, but by the end it’s certainly effective in getting your brain ticking.

Overall Verdict:  While I can imagine many people finding it too staged and slow, if you like character driven pieces that make you think, Late September is worth a look.

Special Features:  ‘Actor in search of a character’