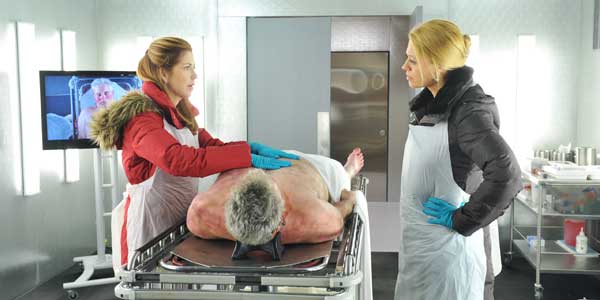 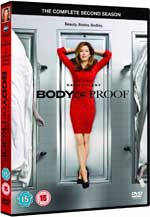 When Body Of Proof started it had a bit of a problem. It wanted to be a little edgy, with a no-nonsense lead character who had the innate ability to annoy just about everyone she met, but her aggravating personality meant she got results. When the series was being developed it probably sounded interesting and a way to make it stand out, but the result was a character who often came across as pretty unlikeable and whiny.

Over the course of the first season they slowly softened her up, got her back in touch with the daughter she had essentially abandoned and introduced a mother who’s even worse than she is, so she seemed more sympathetic. That softening continues in Season 2, with the result that it’s much more of a standard crime procedural, but at the same time it’s easier entertainment.

The lead character in question is Megan Hunt (Dana Delany), a former surgeon who lost her license after a serious accident (in the show she says she has lingering paraesthesia, which sounds posher than saying she’s got pins and needles) and now works as a medical examiner. As is the way with crime shows, she can’t simply keep to her specific area of expertise – which should be pinpointing cause of death and collecting any evidence on the body – she is pushy enough to go out into the field and catch the killer, usually shoving her way into the interrogation room to get the confession.

Across the 16 episodes, Megan has to investigate everything from a murdered woman who turns up in place of a medical school cadaver to a restaurant owner whose remains are found in a freezer.  Alongside Megan there’s her police partner Peter Dunlop (Nicholas Bishop), as well as colleagues Curtis (Windell Middlebrooks) and Ethan (Geoffrey Arend). Early on in the season Megan’s boss, Kate (Jeri Ryan), is dating her ex-husband, but thankfully a few episodes in they seem to realise this is getting annoying and so give it up.

Indeed there’s a sense throughout this season that they’re still working out the balance between character development, people’s personal lives, and the crimes at the shows heart. The conclusion it seems to come to is that people are watching this to see the murder investigation, with anything else having to go around the periphery. It works quite well most of the time, except for a few times when the solution to the murder is a kind of sleight of hand, and you realise pretty much everything else you’ve seen in the episode was irrelevant.

The fact it never completely finds a sustained tone does mean there are ups and downs, but it’s mostly pretty good. The issues are probably due to the fact the show has never been a massive ratings draw in the US, so it’s likely there’s been a lot of fiddling behind the scenes to get it right. At least there’s nothing as dramatic as in Season 3, where half of the regular characters got replaced in the hope more people will watch.

Body Of Proof – Season 2 is an easy watch that doesn’t demand too much from its audience, so if you’re a fan of the likes of Castle or Bones, there’s a very good chance you’ll enjoy this too. It is slightly odd though that we only get 16 episodes in the UK box set, as there were 20 eps in the US Season 2, but for some reason the final four are being held back over here for Season 3.

Fans will also be pleased to hear that there’s a pretty good selection of special features, covering everything from the stunts and special effects to a blooper reel.

Overall Verdict: While it would be nice if Body Of Proof could find a more sustained tone, it’s an easy to watch, entertaining crime show that may not be anything special, but keeps you hooked.