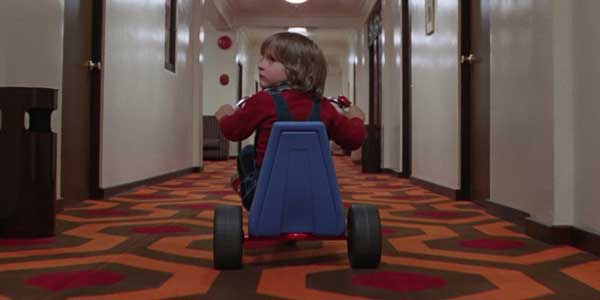 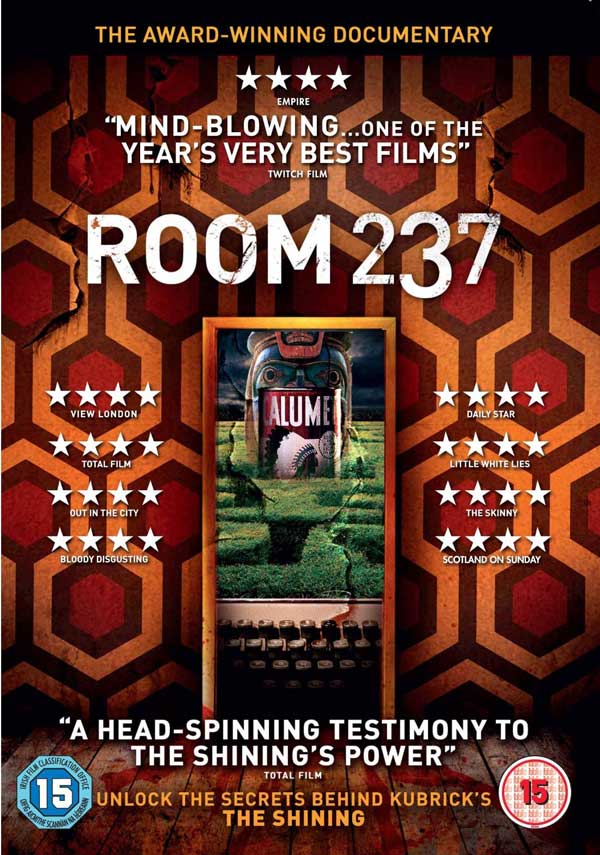 I bet you’re one of those crazy people who think Stanley Kubrick’s The Shining is just a movie about a guy who goes nuts in a hotel one winter and tries to kill his family. Well, you couldn’t be more wrong, as this documentary is here to tell us it’s about the destruction of the Native Americans, the Nazis, numerology and various other things, all encoded in the shape of the hotel, the patterns Danny traces as he trundles around on his tricycle and what the Torrances’ watch on TV.

It would have been easy for Room 237 to basically just take the theories of these Shining obsessives, who believe they’ve unlocked the hidden meanings behind every moment in the film, and simply laugh at them but it doesn’t. It doesn’t believe them either, it simply presents them to us. The interviewees talk about their Shining ideas, while the scenes they’re talking about are shown to us, so that we can make up our own minds.

Even though it’s clear most of these people have stretched The Shining to breaking point, it becomes a fascinating journey into how people can see the same thing differently – indeed it’s very telling with those interviewees who talk about their background, how their theories always reflect where they come from. It’s also intriguing how people can see exactly the same moments in different, often contradictory ways, and also the lengths they’re willing to go to in order to assume Kubrick really hid all these things in the movie. If he did, he was a mega-genius able to code things into his films that would even flummox Dan’s Brown’s Robert Langdon.

That’s not to say The Shining isn’t a complex film, even if you don’t believe that the food on the shelves in the pantry means the movie is about Native American tribes being wiped out. Indeed, watching the film you can tell why it inspires so many interpretations, as little in it is ever explained and there are numerous times where things happen but we don’t see them, giving you the sense that you’ve missed something. It’s a wonderful way of keeping the audience on edge, and certainly invites people to read things into it.

You may even find with Room 237 that there are a few things people say that you agree with, or which at least bear thinking about. Interestingly it ignores some of the more common interpretations, such as the movie being about alcoholism, a crisis in masculinity or capitalism sucking the soul out of the working man. It also can’t give you ‘facts’ about why certain things happen in the movie – probably because there is no definitive reason – such as exactly why Jack Torrance has ‘always’ been at the Overlook Hotel, or why he goes nuts. Instead it’s interested in people’s love of movies and their desire to uncover everything about those films that interest them, whether what they find is ‘true’ or not.

Overall Verdict: You probably won’t come away everything the interviewees have to say about The Shining, but as a trip into people’s dedication to film and how diverse people’s thinking can be about the same thing, it’s fascinating. If you’re a Shining fan, you’ll definitely want to check it out.