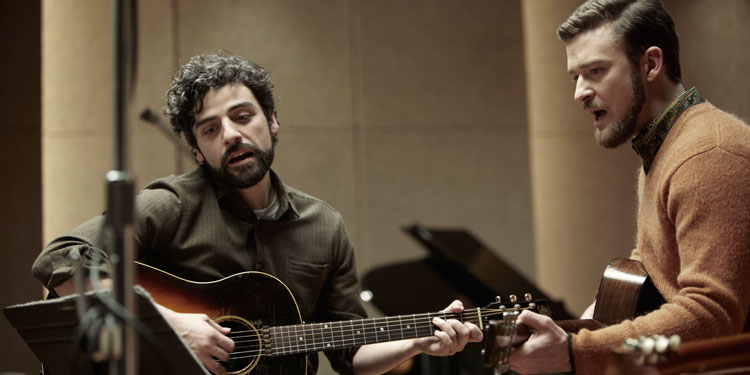 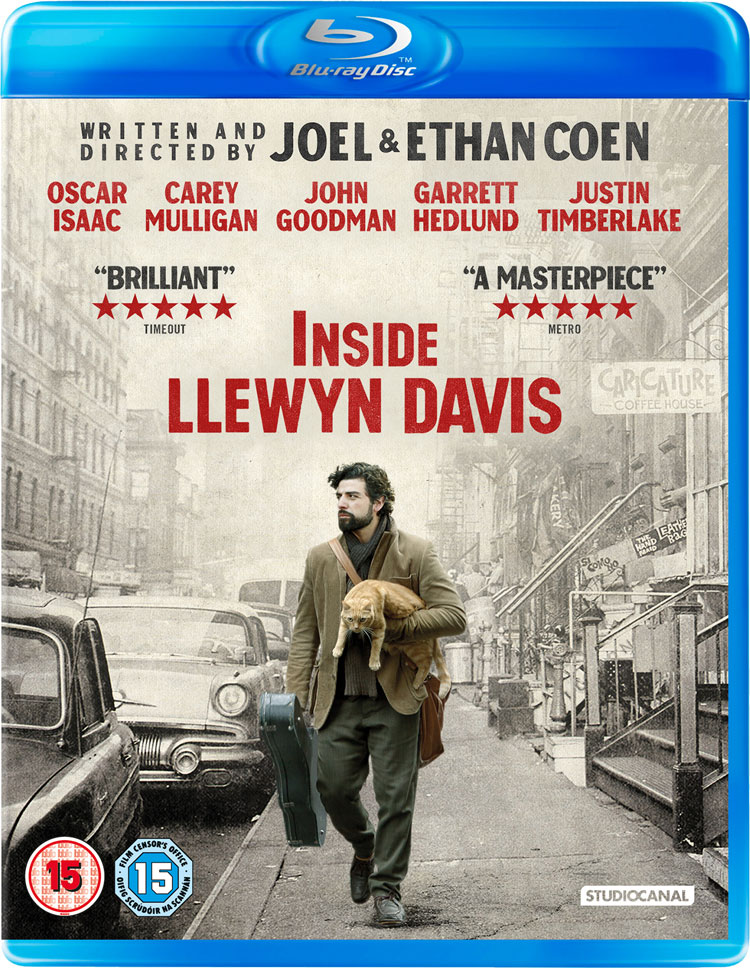 It just goes to show how useful it is to have a ‘name’ in the film world. If most filmmakers had said they wanted to make a movie about a misanthropic 1960s folk singer who spends the first 25 minutes of the film trying to get a cat back to its owner, they’d have been laughed out of the room. However the Coen Brothers have the sort of clout that can get things done.

And while not one of their best, Inside Llewyn Davis is not a bad movie at all.

The aforementioned folk singer is the titular Llewyn Davis (Oscar Isaac), who’s struggling on the music scene. A series of events send Llewyn into a bit of an existential crisis, causing him to question his life and his art. It doesn’t help that he’s not the most reliable or pleasant of people. As the woman he accidentally made pregnant (Carey Mulligan) tells him, everything he touches turns to shit, like “King Midas’ idiot brother”.

His tendency to lash out certainly doesn’t make him friends, but with more and more people undermining the things he considers important, it becomes an increasing challenge to stay afloat – especially considering the tragedy that has rocked him.

Initially Inside Llewyn Davis feels in danger of being an utterly pointless excuse the Coens came up with to showcase some admittedly very good American folk tunes. It’s like what O Brother Where Are Though would have been if they hadn’t bothered with a plot. However its meandering nature starts to build a picture of Llewyn, from the symbolic cat to what’s going on behind his rather cruel outbursts.

You may never like Davis (and he’d probably be insufferable in real life), but he’s an interesting character and worth spending a little time with. Oscar Isaac is excellent in the role, and while there is a comic edge to the movie he plays it completely straight and pained. The other characters tend to flit in and out of his life, such as Mulligan’s Jean and Justin Timberlake’s Jim, but they all help illuminate the central character.

As always with the Coens it looks gorgeous, with a dark, diffuse, almost oaken sheen that’s really brought out on Blu-ray. It’s the first Coen film in a long time that wasn’t shot by the always dependable Roger Deakins (he was working on Skyfall and then Prisoners instead), but they found a great replacement in Bruno Delbonnel.

The film’s music is the Coens’ fourth musical collaboration with T Bone Burnett, and once more he brings his unique feel for traditional American music, ensuring everything has a richness and expressive quality to it.

The Blu-ray also includes a great 40-minute making-of… featurette, giving an interesting look into the movie and those involved in it, from the Coens inspiration to how Oscar Isaac approached the role, as well as an extensive look at Burnett’s involvement.

You can buy Inside Llewyn Davis either on its own or with ‘Another Day, Another Time – Celebrating The Music Of Inside Llewyn Davis’, which is essentially a folk concert featuring lots of the people involved in the movie, along with the likes of Joan Baez, Marcus Mumford, Patti Smith, Willie Watson, and Jack White. The music is great, but the behind-the-scenes footage and interviews become a little distracting. It’s still a good concert though.

Overall Verdict: Inside Llewyn Davis is definitely a bit of a slow burner, but after a slightly random start it builds into an intriguing character study that’s well worth a look.