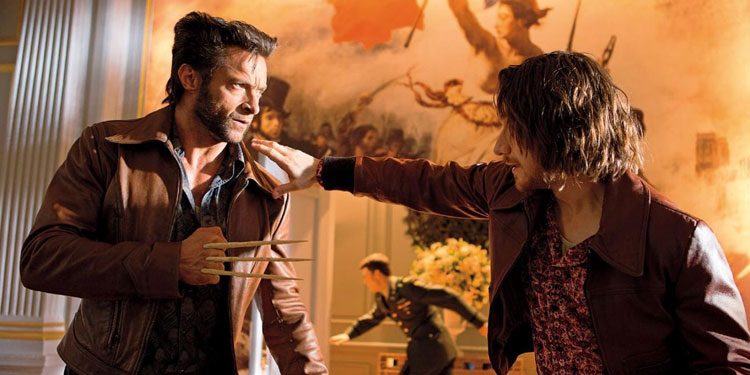 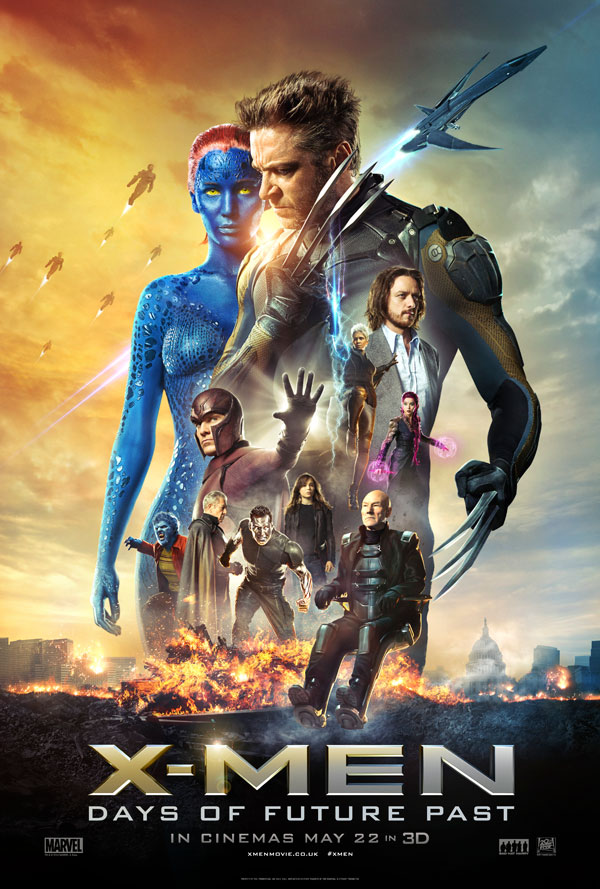 The latest instalment in the X-Men franchise; Days of Future Past does not disappointment. Not only does it have the original X-Men stars, including the wonderful Patrick Stewart and Ian McKellen (and a lot more), but it also features the hot new stars such as James McAvoy and Michael Fassbender. Of course there’s also the ultimate X-Men veteran who has appeared in ALL of the X-men films, Hugh Jackman.

And  if you’re a big fan of Jackman, you get to see a whole lot of him. Yes, there are nude shots.

The official synopsis only hints at the spectacle of the film, saying ‘the ultimate X-Men ensemble fights a war for the survival of the species across two time periods in X-Men: Days of Future Past. The characters from the original X-Men film trilogy join forces with their younger selves from X-Men: First Class in an epic battle that must change the past – to save our future’.

The film starts off with a war between what we soon work out to be the X-Men and robots. However we don’t know who these robots are, why they’re trying to kill the X-Men or what they actually are. The story slowly unravels to explain how they got to this point. In essence, it’s a summary of all the X-Men films thus far in one film. There are endless references to previous X-Men films, including Jean Grey. The film also heavily features Game of Thrones star Peter Dinklage playing Dr. Bolivar Trask.

He plays heavily in the part of the movie that takes us into the past and the world of young Professor X, Magneto and co.. Hugh Jackman also joins them, with his consciousness sent back from the future to help stop the war that threatens to destroy the mutants.

In my opinion it fits perfectly within the X-Men franchise. Stylistically and in terms of its cinematography, it is perfect. However what lets the film down is the plot. Once again we have the same story re-told – the fight between mutants and humans. Humans feel the mutants are too dangerous and will take over the world and enslave mankind, whereas mutants do not want to be captured by the humans and be made into test subjects. Blah blah blah. It’s basically X-Men: First Class but with a lot more references to the earlier movies.

That may sound bad, but it still works, taking the main thrust of what has gone before and developing it, throwing in some excellent set-pieces and a lot of awesome actors. There is slightly disappointing sense of déjà vu and you may wish it could have done something new, but it’s still a very good film.

Also as with all X-Men style films, do not leave until the very end as you may miss something!

Overall Verdict: I’d say to any X-Men fan to go and watch the film as it is amazing, but you do need to be aware that you’ll see much of the same stuff over and over again. However if you’re new to the X-Men and who they are and what they do, then you should definitely check it out.