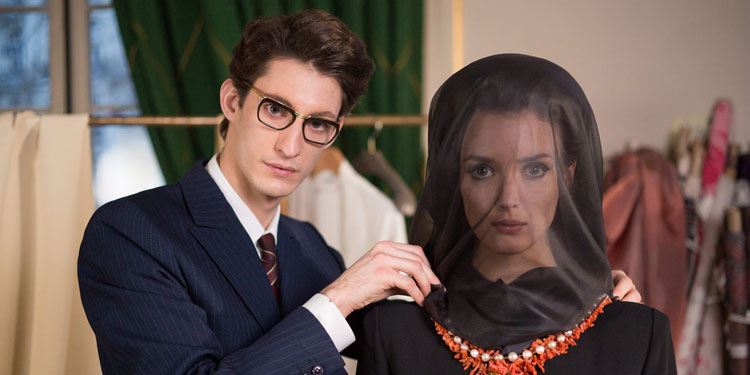 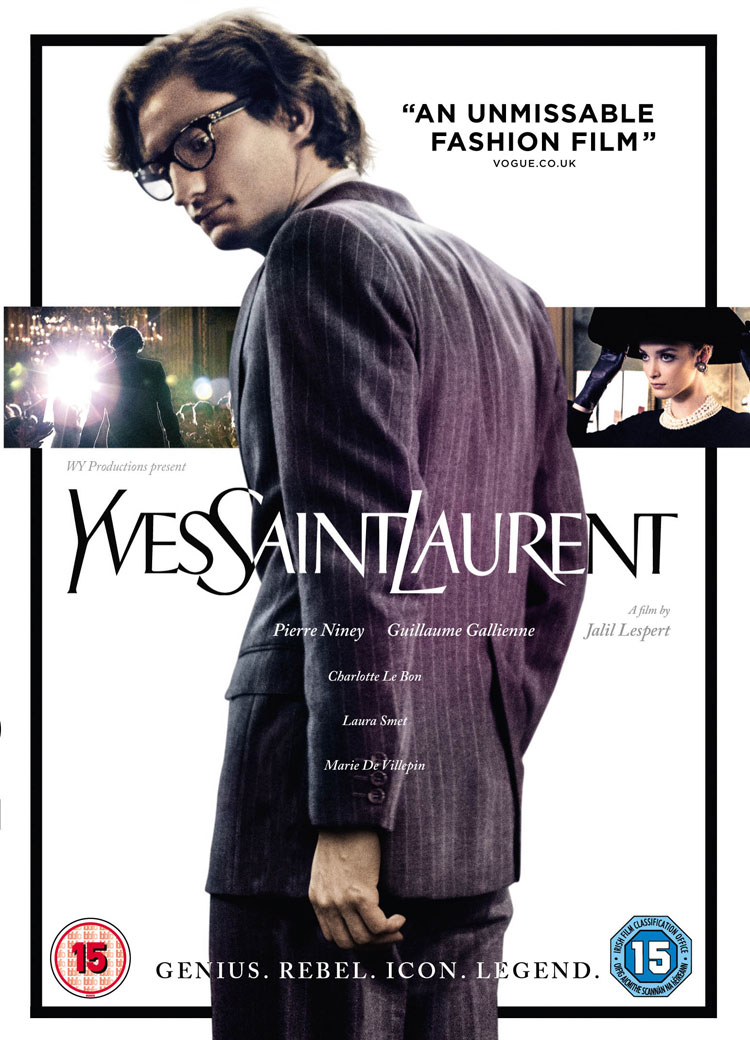 Yves Saint Laurent tells the story of one of fashion’s greatest legends. Directed by Jalil Lespert (Tell No One) and starring Pierre Niney (La Comédie Francaise) in the title role, this visually sumptuous film begins in Paris, 1957. The film charts YSL’s career from his early years at Dior in the late 1950s through to his iconic Ballet Russes collection of 1976. The world of late 1950s is perfectly captured with elegant Dior designs, stylish models and a jazz score that matches the chic Parisian apartments the fashionistas inhabit.

During one of his highly successful and ground-breaking shows, Yves meets Pierre Bergé (played by Guillaume Galliene; Marie Antoinette) – who will become the future love of his life and business partner. Saint Laurent says to Bergé at one point “Je l’aime mais tu es l’homme de ma vie” (I love him, but you are the love of my life). Three years later, they created the Yves Saint Laurent Company, which became one of the most famous brands in fashion and luxury.

Despite his own doubts and demons, Yves managed to turn the sleepy world of Haute Couture fashion upside down and has therefore changed the way women dress forever.

However, the film doesn’t only focus on fashion but also on the tumultuous relationship Saint Laurent has with Bergé. Bergé accompanies him through all his dark times and is always the light at the end of Laurent’s dark tunnel. A truly poignant pairing that will resonate through gay and straight couples alike.

Based on the book by Laurence Benaim, Yves Saint Laurent is a sheer delight for any fashion followers, with many breathtaking pieces taken from the original Saint Laurent archives in Paris. Pierre Niney is supported by an equally well-cast ensemble, including Nikolai Kinski  as Karl Lagerfeld, and Charlotte Le Bon as Saint Laurent’s muse Victoire Doutreleau.

Overall verdict: A sumptuous film not only about Saint Laurent’s first love – Haute Couture/Fashion – but also the love he shares with his friends, family and lovers