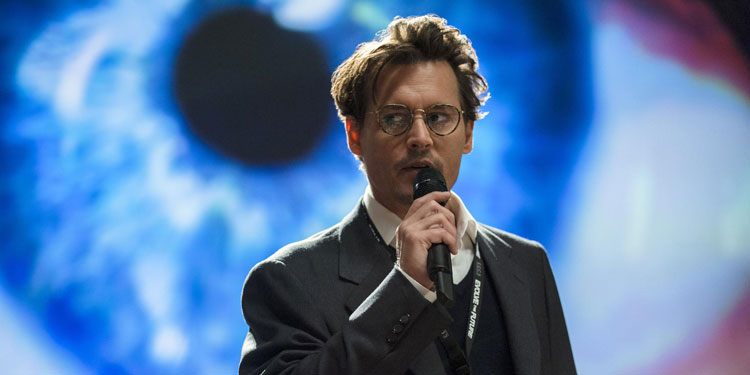 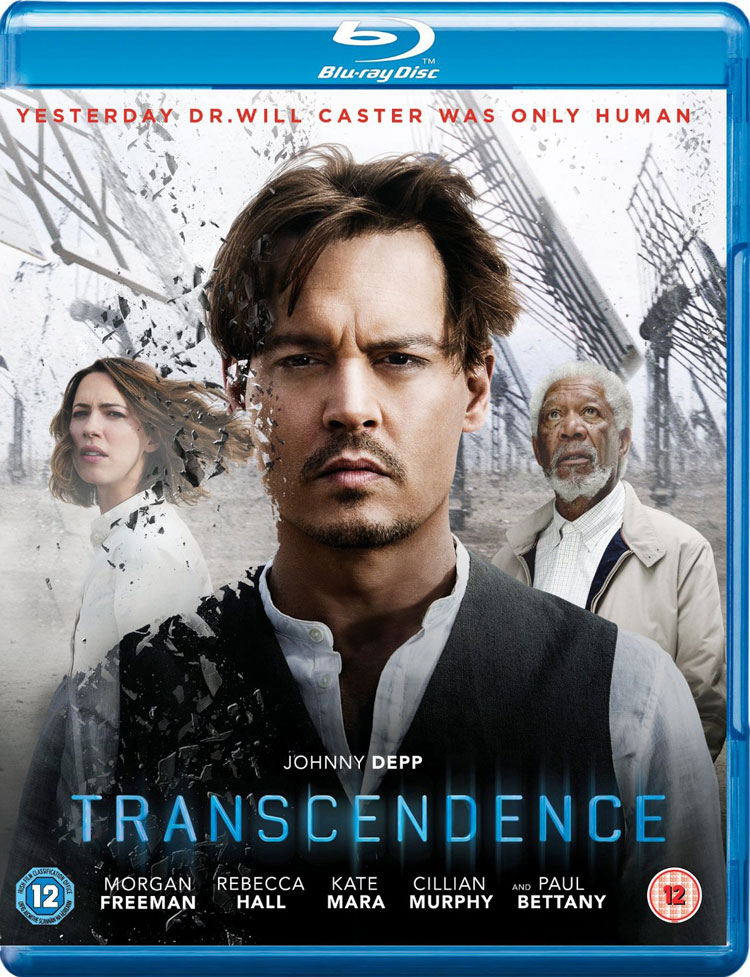 Johnny Depp plays Will Caster, a scientist working on artificial intelligence who believes he’s close to creating a machine that will vastly outstrip any human intellect there’s ever been. However as there always is in this type of film, a group of terrorist-type people don’t believe in this type of machine and launch a series of attacks on facilities working on AI systems. That includes shooting Will with a bullet that doesn’t initially kill him, but is poisoned with a radioactive isotope that will cause him to die over the course of a few weeks.

He and his wife Evelyn (Rebecca Hall) come up with a plan – along with the help of Max (Paul Bettany) – to try and use their technology to upload Will’s consciousness into the computers. After a few teething problems it seems to work, although Max isn’t certain whether it really is Will or not. As this artificial intelligence’s powers and abilities begin to grow exponentially, the authorities and the terrorists start to get increasingly afraid of what it might mean, and whether Will will eventually decide to override individual human freedom and take control of organic life.

Transcendence is certainly a film with a lot of big ideas. Unfortunately it often seems to have no idea what to do with them. These ideas either go in circles or trail off, and annoyingly many are given resolutions that seem like they’ve said something about the issues while actually illuminating precisely nothing.

Is mankind on the cusp of unleashing  technology that will destroy us? Is a machine capable of being truly human, or is there something indefinable about the mind that’s impossible for technology to copy? Perhaps most interesting is an issue that floats around the movie but isn’t really addressed properly at all, which is the level of trust we need to put in science and how we manage the repercussions for both good and bad as we create new technologies. What do you do if you create something with enormous potential for good, but which could also be incredibly destructive? By the end this is what really ought to be the film’s central question, but other than saying good and bad things can happen, it’s unsure what else to do.

It’s a film that can’t decide what it wants to be. There’s a big popcorn side and a fairly small drama, but the two sides never coalesce. The latter is perhaps the more interesting, dealing with Evelyn trying to negotiate the fact her husband no longer has a physical body, and the worry that she might be so keen to believe it really is Will inside the computer that she’s allowing the machine to do incredibly dodgy things so she doesn’t have to accept her hubby is actually dead.

The other side has explosions and special effects and action, but those viewers who are engaged in the character drama with computer-Will and Evelyn will probably find all the nanobots rather dumb (especially as things get increasingly preposterous towards the end), while those who enjoy spectacle will probably think the fairly long, talky sections are pretty boring. It’s all very lopsided, as if someone wrote one film and then somebody else came in and tried to make it something else, but did it by shoving the new bits in rather than tying it into a proper narrative structure.

There was a lot of interest in the film not just because of the a-list cast, but also because it’s the first film directed by Wally Pfister, the man who’s been the director of photography on most of Christopher Nolan’s movies. He also brought Nolan along as a producer. As you might expect the film looks great – and that’s certainly true on Blu-ray – and Pfister has a good hold on how to create individual scenes. Unfortunately though it’s in bringing it all together that it doesn’t work.

Overall Verdict: Despite the a-list cast and brave attempts at smart sci-fi, Transcendence doesn’t work. At least it’s a noble failure though.