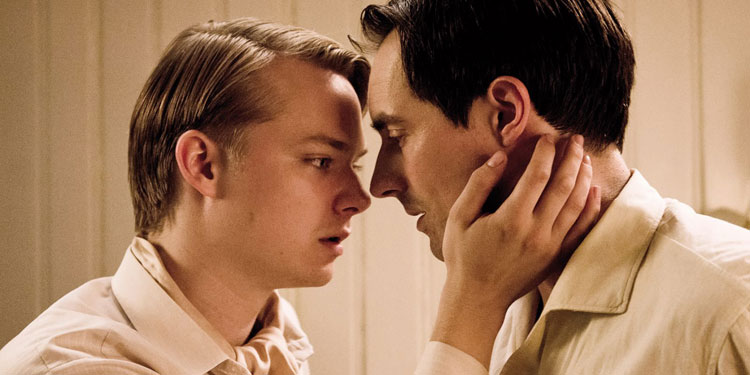 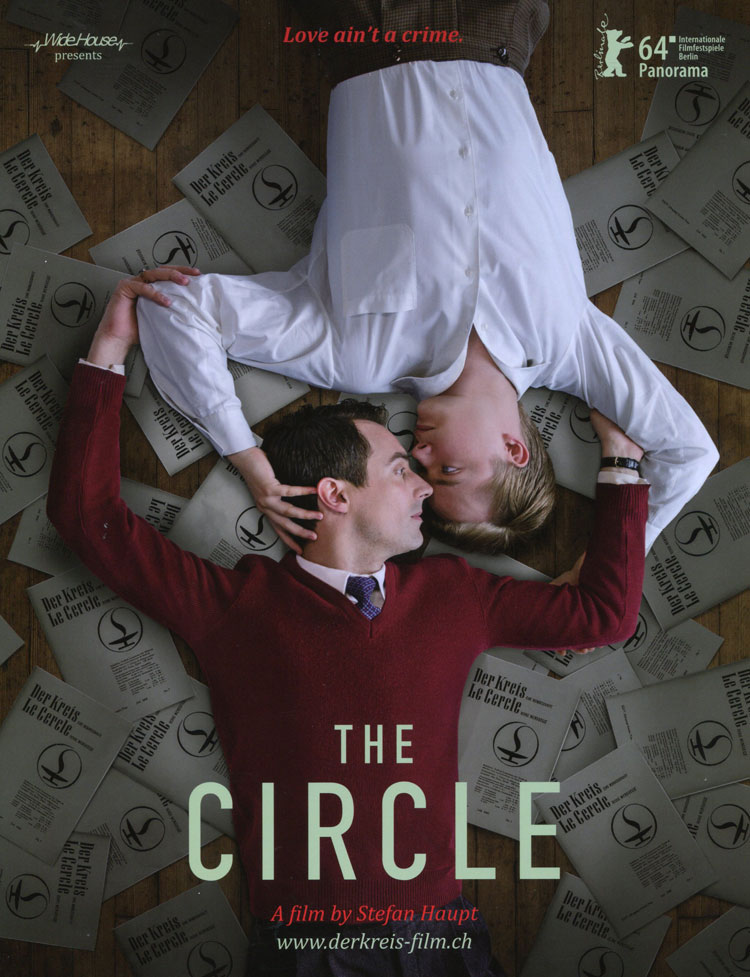 What ensues is a mixture of documentary and drama, involving people talking about being gay in Switzerland 60 years ago, and actors playing the younger version of these men, re-enacting the story of the heyday and decline of the titular Circle.

Those who think the gay rights struggle started with Stonewall will probably have never heard of The Circle, but from the 1930s to the 1960s it was one of the world’s few gay (or as it tended to be called back then, homophile) publications, which then expanded into being a club in Zurich. The magazine was one of the most important at the time to advance the cause of social rights for gay men, and became a true international organisation, with the club one of the few in the world to hold large scale gay events, allowing people to feel a sense of connection they couldn’t get anywhere else.

This documdrama looks at this through the eyes of Ernst (Matthias Hungerbühler), a teacher who is gay but in his public life is understandably in the closet. One of the main reasons The Circle existed in Switzerland is it’s one of the few countries never to criminalise gay sex, but society was still extremely homophobic and being outed could destroy someone’s life.

Despite this, Ernst decides to subscribe to The Circle and starts attending the club. There he meets young drag entertainer Robi (Sven Schelker), who he’s immediately attracted to. The two of them fall for one another and enter a lifelong relationship, despite the issues they knew that could cause them (for example, Robi was denied Swiss citizenship due to his ‘confirmed bachelor’ status). Through them we see the changes that happened to The Circle, including its inevitable decline.

The ‘action’ slips from documentary to drama and back again, which initially I thought wasn’t going to work, but I quickly changed my mind, as it allows the movie to bring a broader social context to the story, adding details that it would be difficult to address if this were purely a drama. It’s also a powerful way to compare then and now, such as the changing attitudes to homosexuality, as well as the possibility of enduring gay love. There are some very smart contrasts, such as the film opening with the real, older Robi performing a cabaret number, and then 20 minutes his younger fictionalised counterpart sings a similar song at The Circle club. It really does help take you back and get you to put yourself in the shoes of gay men back in the 50s, as well as the world of The Circle itself.

The Circle is a fascinating story – an organisation that carved out a space for gay people at a time when that was extremely difficult. Indeed they had to go to great lengths to retain secrecy, sending out the magazine under a plain cover and periodically changing the colour of the tickets to the club so that they could check people weren’t trying to infiltrate. The tickets also just had a number on them rather than a name, to help retain anonymity.

There are great details, such as the fact The Circle’s founder, Karl Meir (who like others involved in The Circle had another name he used in print and at events – Rolf) was a successful actor in Germany but had been forced to return to Switzerland when the Nazis issues their extension of the infamous Paragraph 175, which led to thousands of gay people dying in concentration camps. It was shortly after that that Meir decided to found The Circle.

There are lots of great black and white images from The Circle club, which are particularly interesting as it makes you realise that with their focus on youth and sexualised shirtless men, that while society may have changed dramatically in many ways, in some respects gay culture and ‘interests’ remain the same.

To be honest, without the documentary side the drama would have been a little dry and staid, but together they make for a potent combination. Watching the film it’s not a surprise that it won the Golden Teddy at the Berlin Film Festival (given to the best gay-themed film playing at the fest), and will now go on to compete as Switzerland’s entry for the Best Foreign Language Oscar.

Overall Verdict: An absorbing look back at a part of gay history that ought to be far better known than it is. With its mix of documentary and drama it’s a powerful look at being gay in decades past. The Circle publication and club was one of the few successful relatively successful attempts before the 1960s to create a real gay community – encompassing the political, cultural and social – which may have been underground but attempted to stretch beyond both national and social boundaries.