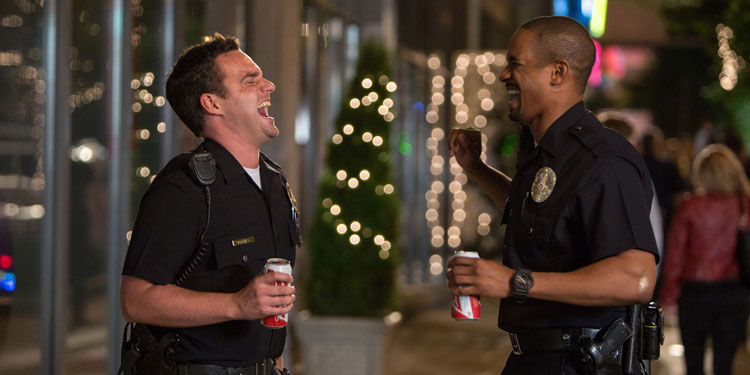 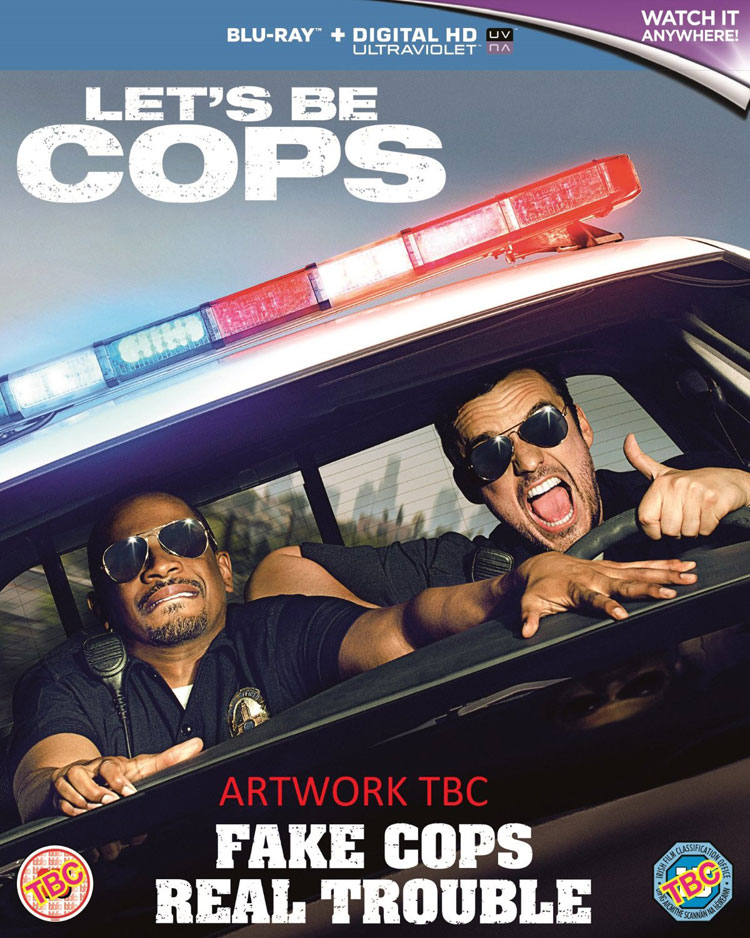 Ryan (Johnson) and Justin (Wayans) are friends who’ve reached their 30s and are struggling with the fact that neither of them are even close to living their dreams. When they’re invited to a reunion ‘costume party’ (which turns out to be a masquerade ball), they decide to go as cops. While the reunion is a disaster, they can’t help but notice the effect their police uniforms have on those they pass on the streets.

Despite Justin’s reservations, they decide to start pretending to be real cops, revelling in the power and prestige their fake position gives them. However when they get mixed up in a case involving some incredibly dangerous gangsters, they start to realise they may be out of their depth.

The two main actors get a few good lines, as does Rob Riggle as a real policeman who gets taken in by the men’s ruse, but mostly it’s a by-the-numbers affair which outstays its welcome by the halfway point. Like many of the more annoying Hollywood comedies, it’s clear the filmmakers are aware there are interesting points they could be making with the film, which could have been genuinely funny and made you feel there was really something at stake, but it constantly shrinks away from it.

For example Johnson plays his character in a potentially brilliant way, as a truly desperate man for whom playing at being a policeman seems like his last chance at feeling like a worthwhile human being, even if it’s all based on lies. However the film never frees itself up to show that, as it seems nervous of doing anything that isn’t like a sitcom. In fact, for much of the running time there’s the sense that you’re watching the pilot episode for a TV show.

There are also moments where it hints towards being a genuine satire, working as a critique of both the potential abuse of power the police have, as well as the fact they have an incredibly difficult job to do. Again though, it mumbles about these things under its breath, while throwing lots of not particularly funny buffoonery at the screen. Ultimately it’s all a little difficult to care about.

Overall Verdict: Johnson and Wayans have the potential to be a great comedy partnership, but they could do with a movie that’s less about ticking the safest boxes it can find and more about being genuinely funny.