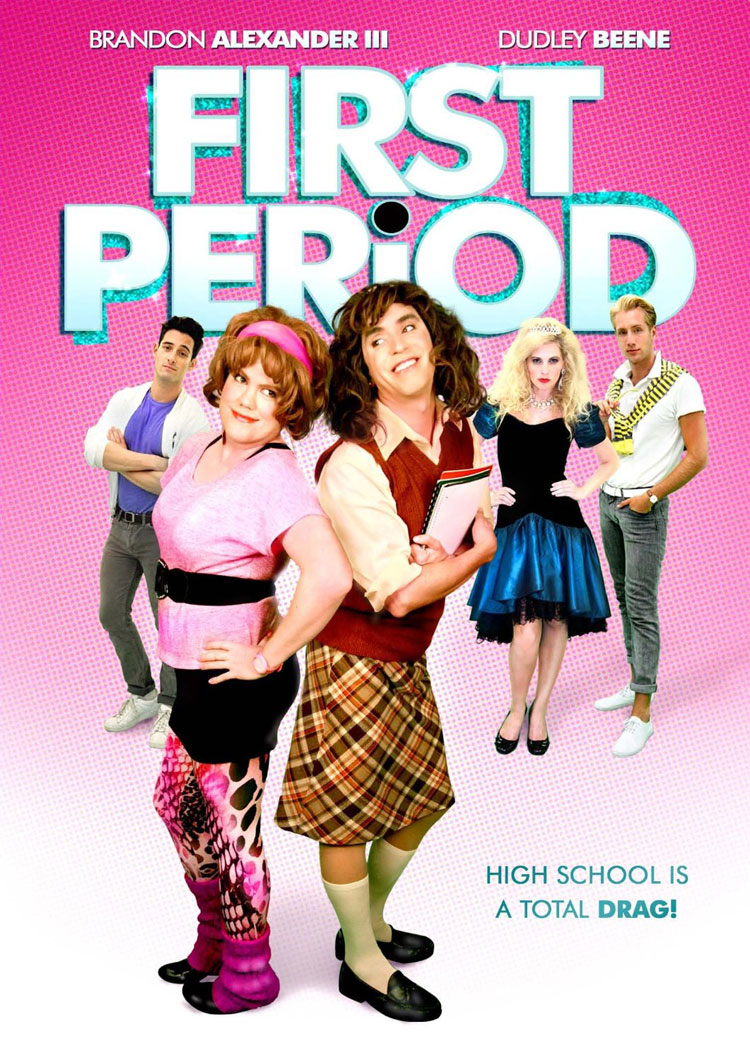 The film is a loving homage/send-up of 80s teen movies, with Cassie starting a new school and keen to be noticed and popular. However the moment she turns up the bitchy, popular clique are quick to ensure the slightly overweight girl knows she’s at the bottom of the social heap and that her dreams of popularity are laughable. She does however befriend Maggie, who’s about as unpopular as it’s possible to be, but has a good heart despite her occasional plans for murder.

Cassie’s efforts at gaining status seem doomed to come to nothing, but then she catches the wrath of the popular girls when she and Maggie enter the annual talent show. Heather and her friend, Other Heather, become determined the beat Cassie, no matter what it takes, and that includes making Cassie and Maggie think they’re popular in order to try and split them up. However the Heathers’ boyfriends may have a surprise for them.

First Period is certainly an unusual film, but it has an obvious love for the 80s teen flicks that it takes its inspiration from and its heart is absolutely in the right place. While a little overly silly at times, Brandon Alexander III’s script is at turns sweet and sometimes very funny indeed. The movie also ensures that it has a proper story with an emotional heart, which helps ensure that while objectively it’s very episodic (the early parts in particular are almost a series of comedy sketches), it flows extremely well and will keep a smile on your face.

To get the most from it, it is best to be familiar with the likes of Pretty In Pink and Sixteen Candles, but even if you don’t know those films First Period should keep you amused with its tongue in cheek pastiche and campy humour. Gay audiences should also appreciate Michael Turkin and Leigh Wakeford’s Dirk and Brett, as one of them may be in the closet and the other takes his shirt off whenever ordered. Plus, it all leads to a finale that gets as many guys to dance in their underwear as possible.

First Period is that rare film that was obviously made primarily for a gay audience while not being exceptionally gay in itself. Sure there are LGBT characters, but it’s more the perspective of the movie which is gay than the actual plot. That is interesting in itself, as it shows quite how ingrained heterosexuality is in nearly everything, and that it’s not just the characters and relationships in most entertainment that is straight, it’s the entire outlook that’s infused into everything. However we only tend to notice that when it’s stripped away and an overtly gay viewpoint is put in its place, as it is here.

We could do with more films like this, but I doubt we’ll get too many. It’s a shame, but if you like a film that’s a little silly, a little sweet, a bit camp and pretty funny, you could do a lot worse than First Period.

Overall Verdict: First Period manages to acutely pay homage to 80s teen flicks while subverting things at the same time, resulting in a film that’s a lot of fun and infused with a gay sensibility.