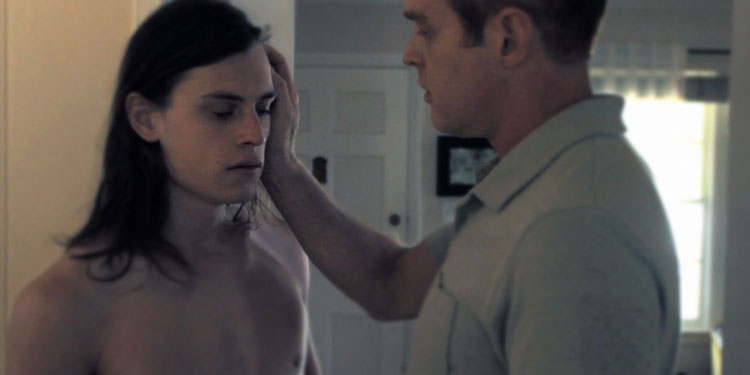 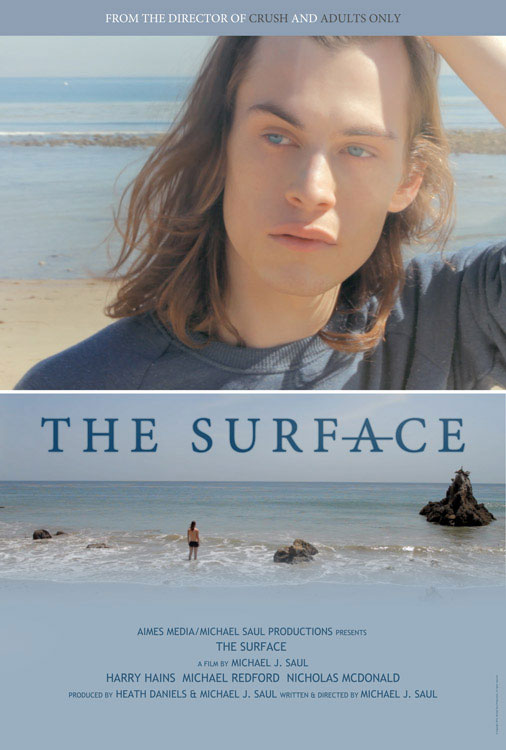 The Surface is a quiet, contained film, with the sort of melancholic air that could easily have come across as extremely pretentious. Thankfully though it isn’t, as it’s far more interested in the characters than patting itself on the back for its artistic airs.

Evan is an interesting character. He’s a young man who has no family to help root him (he grew up in homes and foster care), and in his relationships he seems to be looking as much for somewhere to belong as he is for love. The film doesn’t shy away from the idea that perhaps what he wants is a father figure, although it leaves potential judgements about that hanging in the air. While Chris is Evan’s age, he’s also somewhat controlling and self-centred (it feels that even when he’s doing things for others, it’s because he wants applause for it), and slightly treats Evan like his pet.

Peter meanwhile is older, wiser and there’s little doubt that Evan sees him as a father figure, even if only subconsciously. There are also hints that the reverse may be true, and that for Peter a younger lover could partially be about his feelings about his own youth, particularly in the wake of his father’s death, and that Evan’s rediscovery of the family videos makes Peter re-evaluate how he remembers his childhood. However the film is careful to show that’s it’s not just that, and that there’s the potential here for both to offer the other something real and valuable.

However there’s also a melancholic air to Evan, and a slight feeling that perhaps he will continue to float from one place to another, look for something that will always allude him. That’s underlined by his suggestion that being happy may be less important than not being unhappy.

It’s a well-made, well-intentioned, small-scale, internal film, which some will undoubtedly find lacking in incident and as if it’s holding back – however that’s only because it’s about characters who don’t engage in histrionics and emotional incontinence. Those ready to engage with characters whose quiet journey allows introspection and revelation will find it a worthwhile watch.

Overall Verdict: A gay-themed drama that’s more interested in its characters than purely their sexuality, following a character whose journey will cause many who’ve ever felt adrift in the world to reflect on their own life.