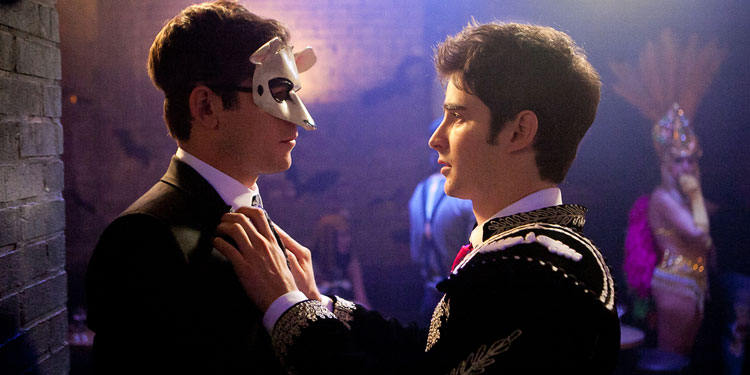 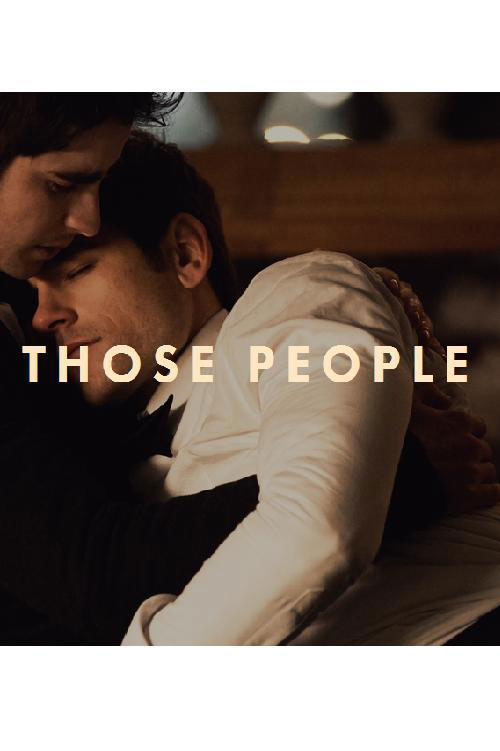 Charlie (Jonathan Gordon) is young man from a well-off New York family who’s in college studying to be an artist. His best friend, Sebastian (Jason Ralph), is from an even more elite background, but he has a few problems, due to the fact his father has just been locked up for serious white collar fraud. However, that hasn’t stopped Sebastian being spoiled, entitled and difficult – but even so Charlie cannot help but love him.

Despite Charlie’s years of pining for Sebastian, and the fact both of them are gay, nothing has happened between them. Then a new possibility arises in the form of slightly older musician Tim (Haaz Sleiman), who takes a shine to Charlie and the two of them start dating. However, that doesn’t mean Charlie’s feelings for Sebastian have disappeared, even if he knows it’s unlikely anything will ever happen between them.

For the first five minutes of Those People a lot of viewers are likely to be rolling their eyes at what appears to be a tale solely about over-privileged, self-centred, white, entitled Manhattanites, with the film seemingly working under the assumption that we’ll love them just because these are rich people being naughty. However, then it opens up and you begin to see that while some of the characters are indeed over-privileged, self-centred, white, entitled Manhattanites, there’s far more to it than that.

Those People seems to know that’s what people will assume (even the title hints at it), but then it quickly begins to pick that apart and show that underneath the privilege is humanity, alongside desires that we all share. Sebastian is definitely as ass, but you can also see what Charlie likes about him, not least their shared history and the fact that in many ways he is everything that Charlie isn’t. Charlie himself is shy, sweet, cute and just coming into himself as a young man, and he makes a great centre for the movie.

While these are people living very different lives than most of us, the issues at the core of the film are extremely relatable, and also not often handled well on-screen. That is particularly true of Charlie’s feelings for Sebastian. Many of us will have someone like Sebastian, who holds a special place in our hearts. A person whom, whether the love was requited or not and no matter how much time has passed, your heart can’t help but flutter whenever you think of them. It’s the type of person who, even if you were happily in love with someone else and you hadn’t spoken to that person for years, for a millisecond you’d consider giving all that up if they asked you to.

On a rational basis it’s not even to do with that person, it’s to do with what they mean and/or the time of your life they represent, but it’s a feeling it’s difficult to let go of. Those People manages to capture that brilliantly – the mix of absolute desire alongside the knowledge that the reality is unlikely to live up to the fantasy, and that anyone new who comes along has to measure up to an illusion of someone we’ve created in our heads.

Unrequited love is a tough topic for film to handle, but Those People does it exceedingly well, putting its heart into exactly the right place and finding a story of complex people trapped in an unusual love triangle (well, unusual for film, but not so much for real life). A lot of credit must go to the script, and also to actor Jonathan Gordon, who brings a real sweetness and surprising innocence to Charlie. It’s also nice that while Sebastian is undoubtedly an entitled ass, the film ensures there’s more to him than that, bringing depth to some of his least pleasant aspects. For example, Sebastian appears to be knowingly keeping Charlie dangling, but what initially seems to just be about using Charlie to feed his own ego turns out to be more complex than that.

Those People is also unusual for a gay-themed film in looking absolutely gorgeous. Huge amounts of time and effort have been put into the lighting and cinematography, creating some truly striking shots and a vision that is elegant, classy and helps ensure the film seems bigger and fuller than it might otherwise have been.

Overall Verdict: I really was surprised by Those People and I have to admit that I underestimated it. What I’d initially thought was going to be a rather smug look at the rich turned out to be something far smarter and more heartfelt than I’d expected. It’s an excellent look at unrequited love that many of us will be able to relate to.