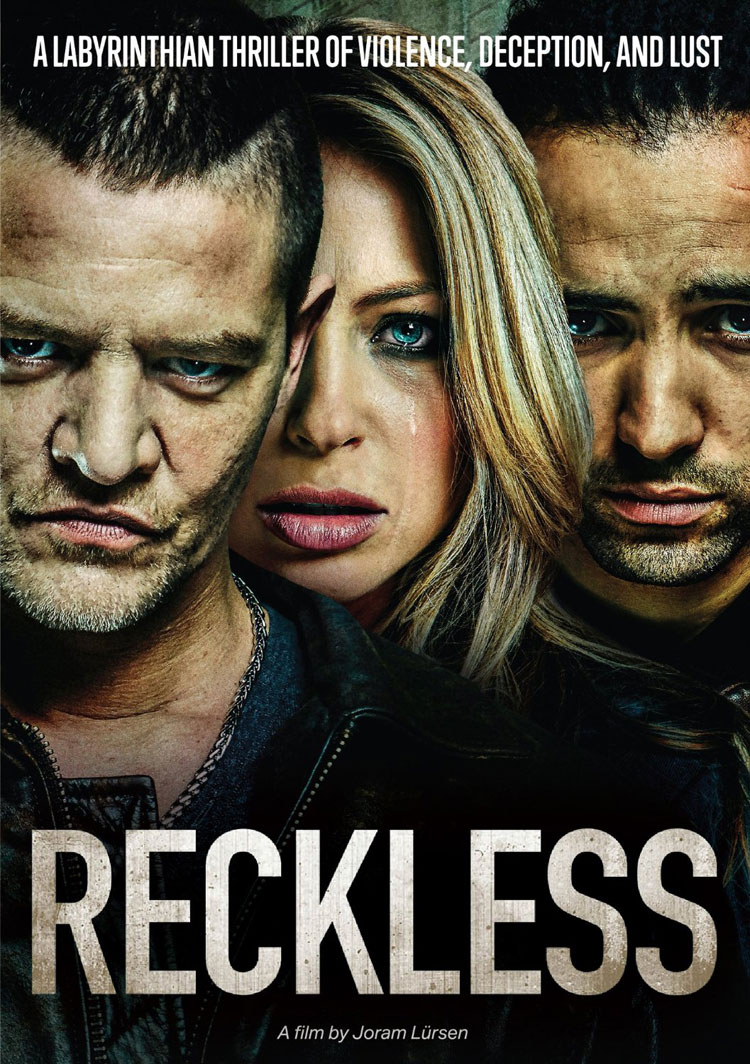 The set-up is pretty much the same. In the opening scene a woman, Laura, is kidnapped, taken to an apartment, stripped naked and photographs are taken or her in preparation of asking for a ransom. Victor and Rico are the kidnappers, with Victor an incredibly intense, paranoid and dominant person, who met the softer, more gentle Rico in prison, and who has plotted their latest attempt to make a lot of cash.

First off, if you’ve seen The Disappearance Of Alice Creed, there’s little point in watching this. Plot-wise they are incredibly similar, and to be honest J Blakeson’s film is more intense and better at keeping you wondering what’s going on, partly thanks to have three truly excellent actors in the central roles. While Reckless is nearly on a par with the original, the whole thing feels a little more melodramatic and Victor is a little too intense, to the point where when it starts to reveal what might really be going on, it doesn’t feel particularly plausible.

Indeed, that’s the main issue with the movie. It’s a film that survives on its twists, turns and character revelations, but it’ll only properly work if each new development is believable for that character. Here it feels more like each person is whatever the plot needs them to be at that moment, and that they could essentially be someone completely different five minutes later. It’s noticeable that neither the gay nor straight aspects of the plot seem particularly plausible, largely because everyone constantly seems so disconnected. The gay aspect in particular feels like a plot contrivance, something it didn’t in the original.

After that things are less successful, and while it retains a sense of danger and depravity, it starts to lack logical motivations and hence becomes increasingly implausible.

It’s far from a failure, but ultimately it’s difficult not to think you’d be better off watching the original. You will want to find out what happens at the end, even if you’re aren’t 100% satisfied by how you got there.

Overall Verdict: This Dutch take on The Disappearance Of Alice Creed is okay, but it’s not quite on a par with the original and needed to more fully flesh out its characters to have been a complete success. And with a tacked on feeling for the gay side of the movie, it’s difficult to escape the sensation its exploiting sexuality for ‘shock’ value, which it didn’t in the original.