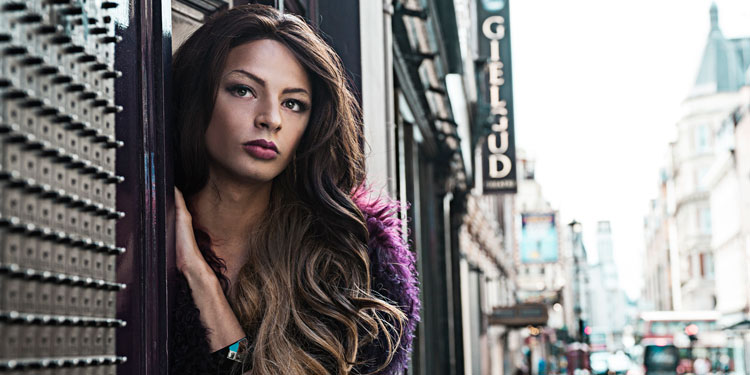 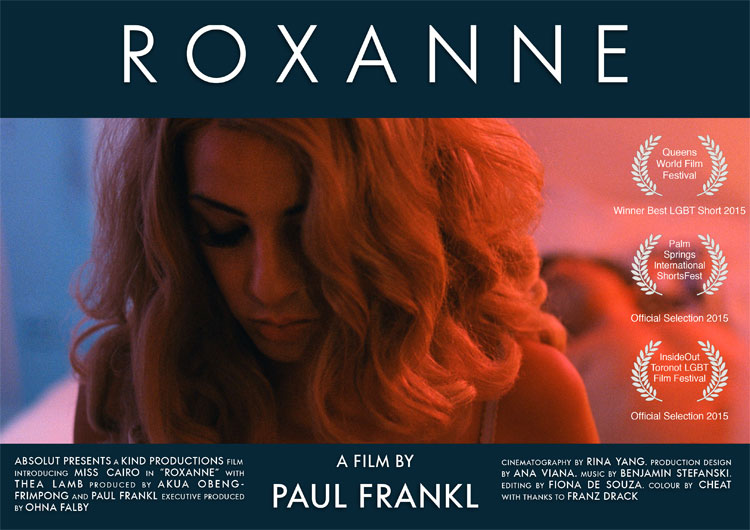 In the past couple of years there’s been a move towards gay-themed films not being about the experience of being gay itself, instead having it as a theme that is intrinsic but not the be-all-and-end-all. However trans-themed film – or at least the ones that seem to get into LGBT festivals – still have a tendency to make being a trans person the main subject. The short film Roxanne (which perhaps surprisingly was partly brought to the screen with the support of Absolut vodka!) doesn’t do this, instead coming at things somewhat more sideways, with a tale of two people who don’t quite fit in.

The titular Roxanne is a transgender sex worker who lives and works in London’s Soho, right on the margins of society. Then 12-year-old called Lily falls into her life. Lily is mouthy and initially distrustful, and at first Roxanne isn’t sure what to do with this interloper who is waiting for her mother to return (something that looks increasingly unlikely to happen).

However, despite being very different people with very different experiences of life, they begin to realise that they are both outsiders and share an existence where it is essentially them against the world.

Roxanne crams a lot into its 14 minutes, creating a surprisingly deep world of marginalised people living often ignored lives and imbuing them with a deep humanity. It doesn’t go over the top and make them noble saints, allowing both Roxanne and Lily to be rough around the edges and somewhat defensive – the sort of people whose lives make some people uncomfortable to the point where it’s easier to pretend they don’t exist or to blame them for their lives – but they are both at heart good people with a real sense of morality and heart.

It may not be a long film, but if you get the chance it’s certainly worth a look.

Overall Verdict: The seeming simplicity of Roxanne belies its hidden depths and its ability to tell a sweet tale that has far more complexity than it might appear.