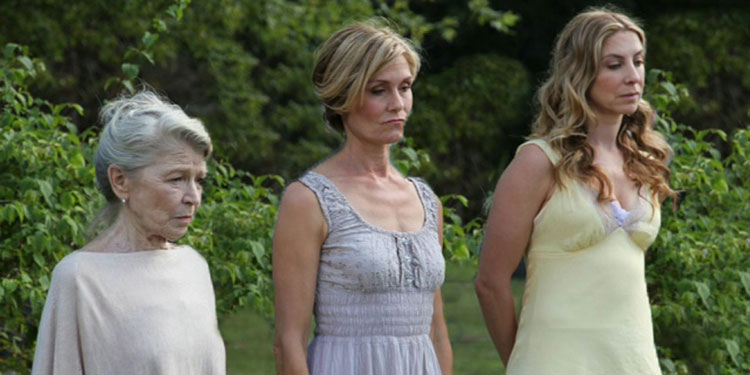 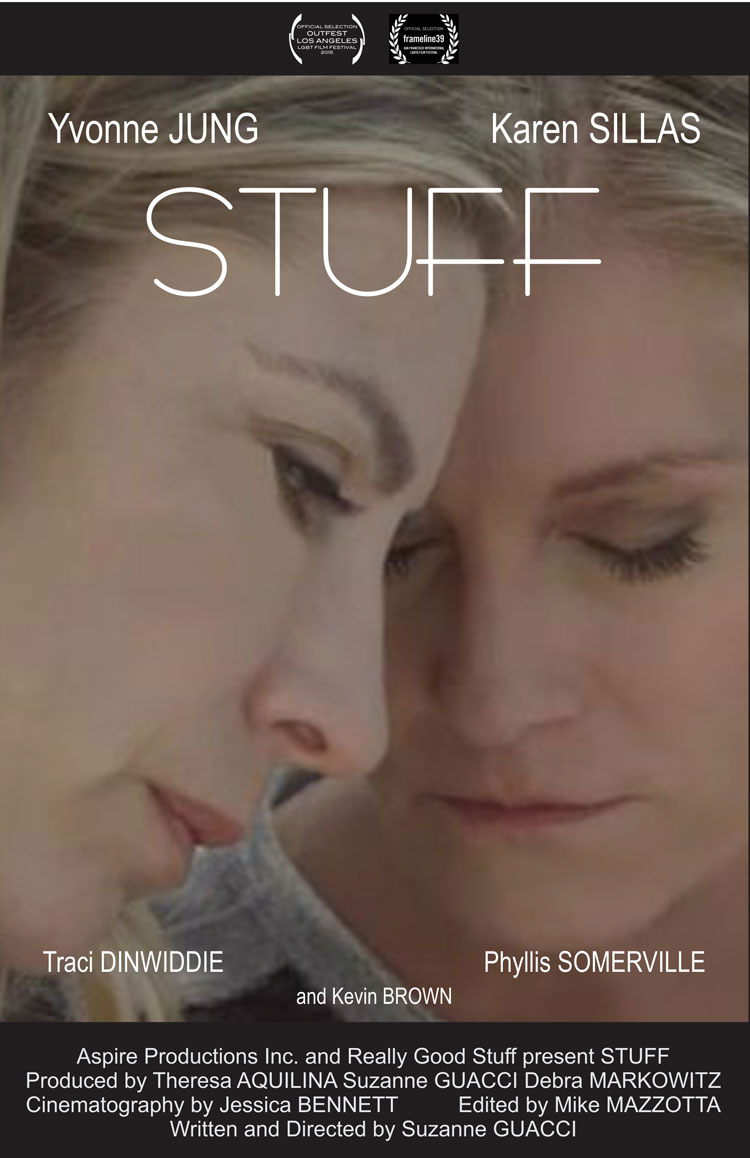 Deb and Trish are a married couple with two young daughters. They’ve been together for a long time, but there are major cracks in their relationship. Trish has never gotten over the death of her father five years before, and seems utterly unwilling to move beyond the stasis she’s living in, even if it involves her missing out on some of the most important moments in her family’s life.

Deb meanwhile doesn’t know what to do about her relationship, but is perhaps a little too cautious and worried, overthinking everything about her life. Then she meets Jamie, who’s new to town and seems to offer something different, bringing back a sense of excitement and possibility. However, Jamie has problems of her own, not least a domineering, violent ex.

There’s also Trish’s mother, Ginger, who has yet to pay for a headstone for her husband, and seems to be hiding something from her daughter.

There are two sides to Stuff. The first aspect is the feeling that it knows film generally doesn’t treat female characters very well, particularly their sexuality and desires. As a result, there’s a vague sensation of the movie trying a little too hard on this score – redressing the balance in a way that’s a touch too on-the-nose and where the film initially edges towards being more about its own desires than the characters. Thankfully though on the other side it’s also an interesting and well-made drama.

Although at the very beginning there are a few too many loaded bits of dialogue where the characters are virtually screaming ‘here are the film’s themes’, and ‘women’s lives are important’ too, it soon starts to allow the movie to speak for itself, letting it bring out those themes and ideas without it feeling like you’re being bashed over the head.

The characters are well thought out and interesting, and it creates enough complexity that even when you aren’t sure why a character is the way they are, you trust that the film has a reason. For example, Trish’s obsession with her dead father and anger at her mother – where at times her entire existence seems to revolve around her dad and his lack of a headstone – seems rather extreme, especially after so long. In some movies it would seem a bit singular and under-developed, but here you stay with it until it offers some catharsis, which Stuff certainly gives the viewer towards the end.

It also does an extremely good job of looking at a relationship on the cusp of implosion, dealing well with the complex desires and emotions of two people who feel like they no longer know how to communicate. Deb and Trish are increasingly beginning to wonder whether they’re together simply because they are together, and aren’t entirely sure whether they can find their way back. Neither is the villain but neither is a complete saint either, with Trish emotionally distant and fixated on her own grief, and Deb contemplating cheating on her wife.

I was slightly worried when the movie started that I wasn’t going to like it, and my review was going to end up sounding like a man who was dismissing the issues of women by saying it was the movie’s fault, however it massively grew on me and by about halfway through it had completely won me over.

Overall Verdict: While the typical view is that one of the film world’s problems is that it only shows women as wives and mothers, but Stuff shows the issue isn’t with characters who are wives and mothers, but in presenting them as fully fleshed out people in their own right (i.e., their entire existence isn’t just about other people). The film does a great job of that, with a well-told tale of four women dealing with changes in their life they aren’t sure how to handle, or where it will lead them.