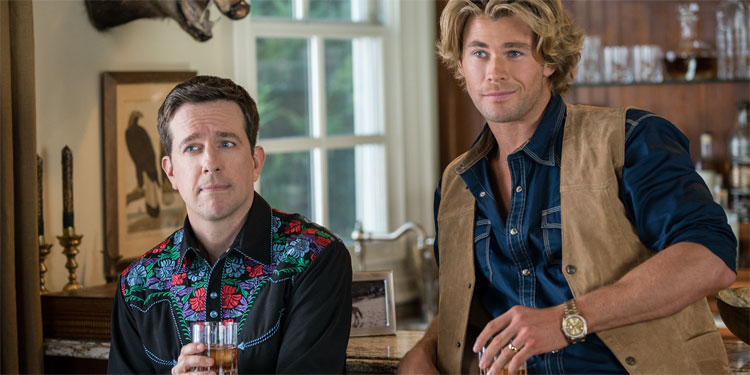 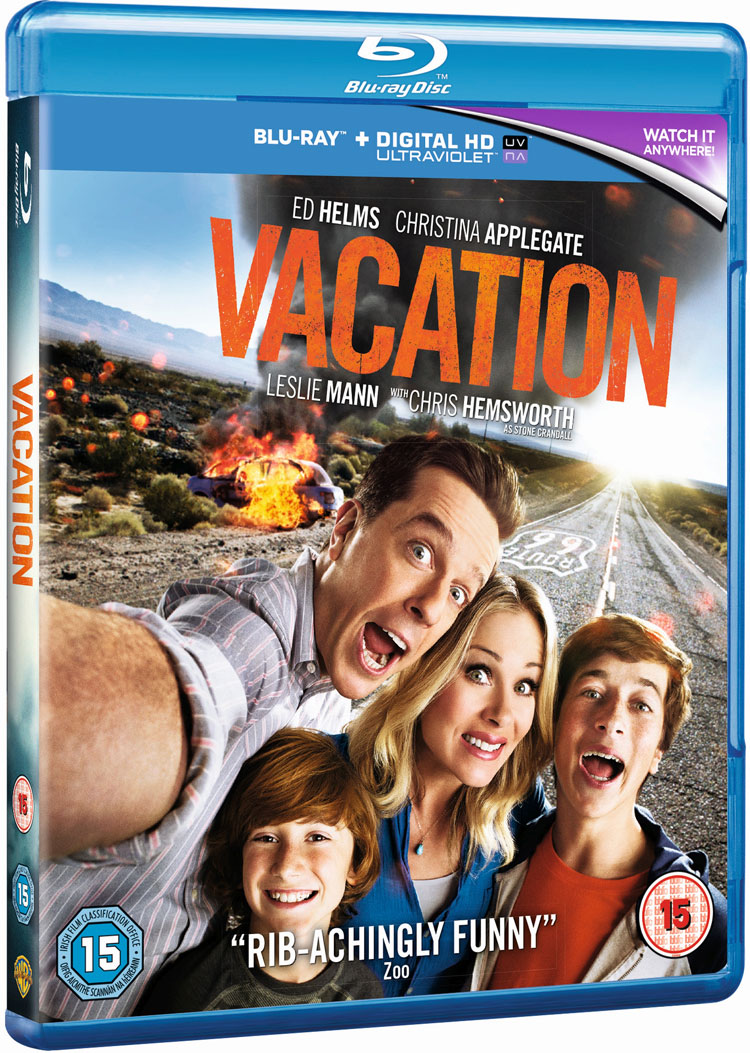 The film truly is a reboot rather than remake, as it picks up the story of the Griswolds 30 years on from National Lampoon’s Vacation. Rusty Griswold (Ed Helms) is now grown up and has a family of his own. They’re a bit stuck in a rut though, with his wife, Debbie (Christina Applegate), feeling the sparkle has gone out of their marriage, and sons James (Skyler Gisondo) and Kevin (Steele Stebbins) constantly fighting – although it’s the younger child bullying the older.

Rusty decides to recreate the Vacation to Walley World he remembers from his youth, hoping the 2,500-mile road trip will help them all bond. You won’t be too surprised that along the way everything that could go wrong does, from accidentally bathing in a pool of raw sewage to Rusty killing a cow with a quad bike. They also have to put up with a visit to the seeming happiness of his sister Audrey (Leslie Mann) and her handsome husband Stone (Chris Hemsworth), a man who’s keen the world should know just how hung he is.

There’s also time to stop off at the grandparents – Clarke (Chevy Chase) and Ellen (Beverly D’Angelo) – but will they ever actually make it to Walley World?

The new Vacation is a pretty dumb film, full of things that don’t make a vast amount of sense, and which follows the current comedy trend of sometimes making you wonder whether pretty much every character is a complete dick. However, it holds back the dick-ishness just enough to ensure there is room for a little empathy and a sense that there is a story beyond a series of skits as they travel along the road.

Inevitably though it is incredibly episodic, with the Griswolds moving from one disaster to another as they travel across the US. You won’t be surprised to hear that some sections work better than others. SOme bits of the movie are incredibly painful clunkers, where you wonder why they didn’t just remove them and save us all the embarrassment, but there are also plenty of bits that are more fun than I thought they were going to be, and an amiability that helps get you through the stuff that doesn’t work at all.

There are even some moments that hint at the level of comedy that makes National Lampoon’s Vacation so well loved, while never quite getting there. As with some of the other movies they’ve written, it leaves the impression that writer/directors John Francis Daley and Jonathan M. Goldstein are actually much better than what they’ve shown us so far, and perhaps need to trust their instincts more and not treat scatological humour simply as something to do when you can’t think of anything else.

And if you’ve ever wanted to see Thor with a different kind of giant hammer, Vacation certainly offers up some (covered and fake) Chris Hemsworth super-junk.

Overall Verdict: This certainly isn’t a movie that 30 years from now, someone else it going to want to reboot it, but as a standalone film, it’s quite fun in parts and has enough going on that it’s worth sticking with until the end.