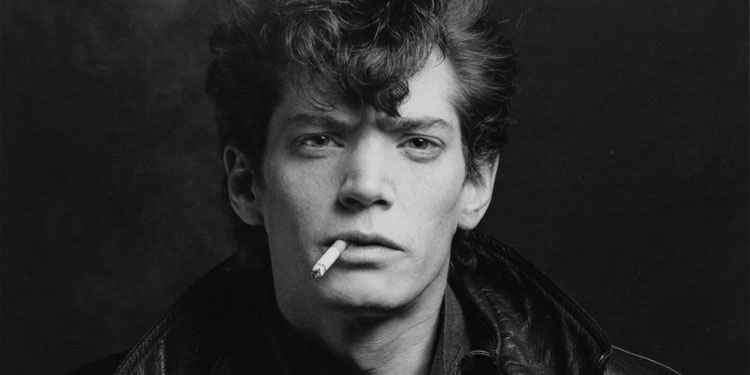 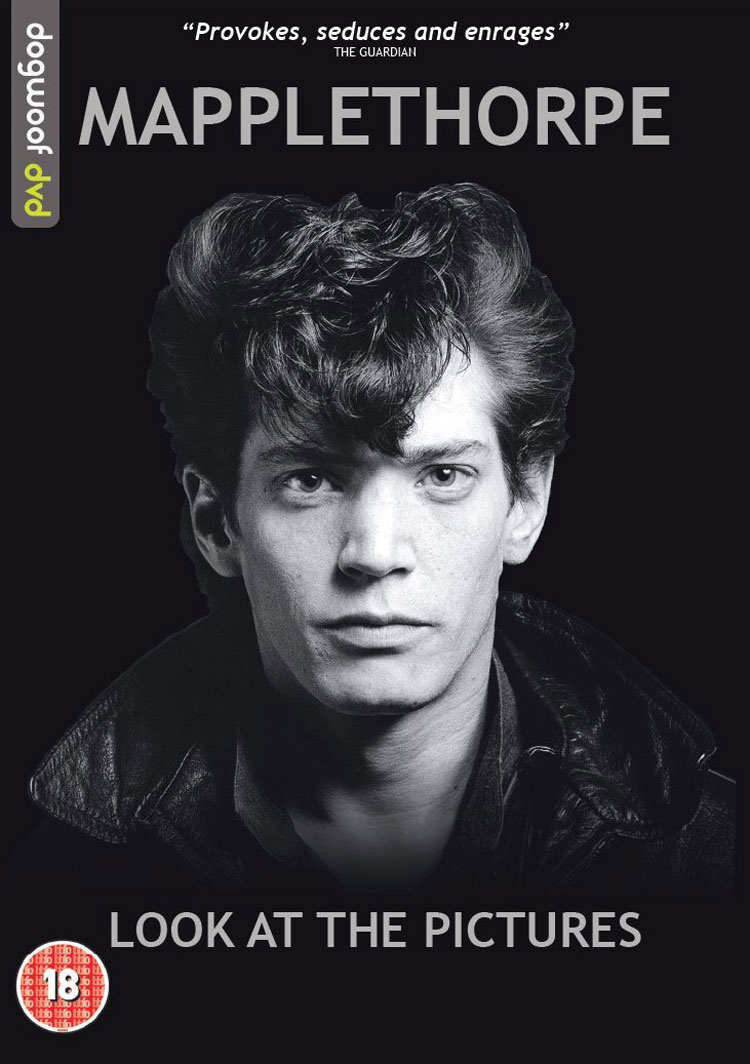 That’s not the only thing that’s tended to obscure the man behind the myth, as well as meaning many people know little about the breadth of his art. Other things that sometimes overshadow a fuller appreciation of Mapplethorpe include his relationship with Patti Smith, as well as particular images that tend to overwhelm everything around them (such as the infamous self-portrait where he has a bullwhip stuck up his ass). Indeed, many watching this documentary may be surprised about how many his non-sexual images they recognise, without knowing he was the man behind them. If nothing else, Look At The Pictures is testament to what a good photographer he was.

Fenton Bailey and Randy Barbato (Party Monster, Inside Deep Throat) set out to fill in the gaps of Mapplethorpe’s life and impact. By necessity it is a very potted history, and many will undoubtedly wish there was time for more information as there is a hell of a lot to fit in. Nevertheless, it does a good job with the running time it’s got.

There is a lot that’s fascinating about Mapplethorpe, with the documentary delving into his very normal, middle American upbringing and how he went from that to a bohemian New York existence, which delved ever further to the extremes of gay sexuality. There’s also his ambition and hunger for fame, and how his life informed his art and vice versa, to the point where you begin to wonder how much his pushing of boundaries in his life was designed to push his art into ever more provocative and potentially noteworthy places, and how much his art was merely a reflection of where he was in his life.

The push for notoriety and fame is particularly interesting, as it initially seems to jibe with his outsider status, but it all begins to make sense as part of a whole. He was part of an outsider world, but at a very specific time when the likes of punk and pop art had helped give those on the edge a voice into the mainstream. It meant that as his art matured it allowed his photography to create an aesthetic that presented male eroticism, gay sex and fetishism in a way they’d never been seen before, and he was keen to capitalise on that.

Perhaps just as importantly he managed to do it in a way where the aesthetic of his homoerotic work was shared by his other images, such as his incredible portraits and images of flowers, as well as his celebrated images of celebrities. The gay work was not lesser or different, it was created absolutely on a par with everything else he did, even if it was sometimes more difficult to exhibit it.

The documentary does a good job of telling us about a genuinely fascinating life, with some great interviews with everyone from Debbie Harry to Brooke Shields, along with family members (most notably his brother, who worked alongside Robert) and several of Mapplethorpe’s lovers. They reveal a complicated and sometimes difficult man – someone who could simultaneously be vain and utterly self-absorbed and yet also absolutely open both in his life and his art.

It also shows how he was at the vanguard of homosexuality being taken as a serious subject for art – indeed few people before or since have been able to bring that conversation into the artistic mainstream in the way that he did.

As so often with artists, he was the product of a particular moment, where a freeing of gay sexuality and new appreciation of outsider art meant he was able to gain recognition in ways it would have been difficult for him to do before or since. It was also a moment when photography was ready to be taken seriously as an artform in its own right, and he had the right work ethic to create images that are truly special. Tragically he was also there at a pivotal moment when AIDS took a generation of gay men, but even that is central to who he was and the impact he had. In the documentary Mapplethorpe suggests that the life lived by the artist is as important if not moreso than the art, and that it certainly true of him.

Click here to watch the trailer for Mapplethorpe: Look At The Pictures

Mapplethorpe: Look At The Pictures is a genuinely interesting watch, with Barbato and Bailey bringing a sharp eye to their subject, along with great access to those who knew the artist. Robert Mapplethorpe’s art still manages to provoke in both its subject and often its beauty, and he remains one of the most important figures in the history of gay-themed art. It’s certainly true that no one has ever managed to have as much impact with gay imagery that in other hands would be considered hardcore pornography. The documentary does a good job of illuminating the man beyond the moments and iconic images and shows that Mapplethorpe the man and the artist cannot be removed from one another without losing something vital.

It is also fascinating how the documentary is framed by the putting together of a rare, prestigious double exhibition jointly organised by the Getty Museum and the Los Angeles County Museum Of Art. Having a bunch of rather prim and proper art historians and curators discussing some of his most provocative, sexual images is a great way of showing just how far Mapplethorpe’s art has come and how seriously it is now taken.