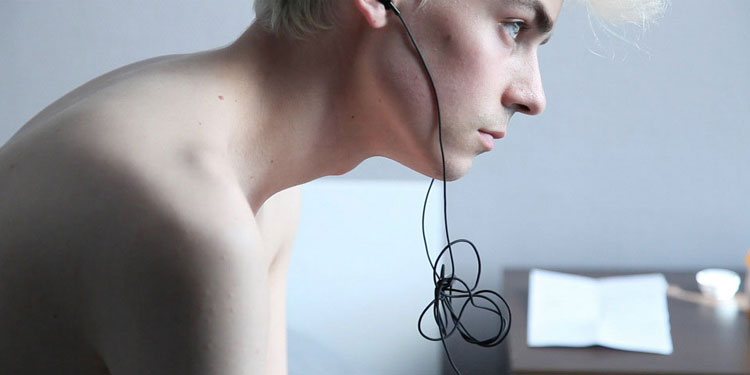 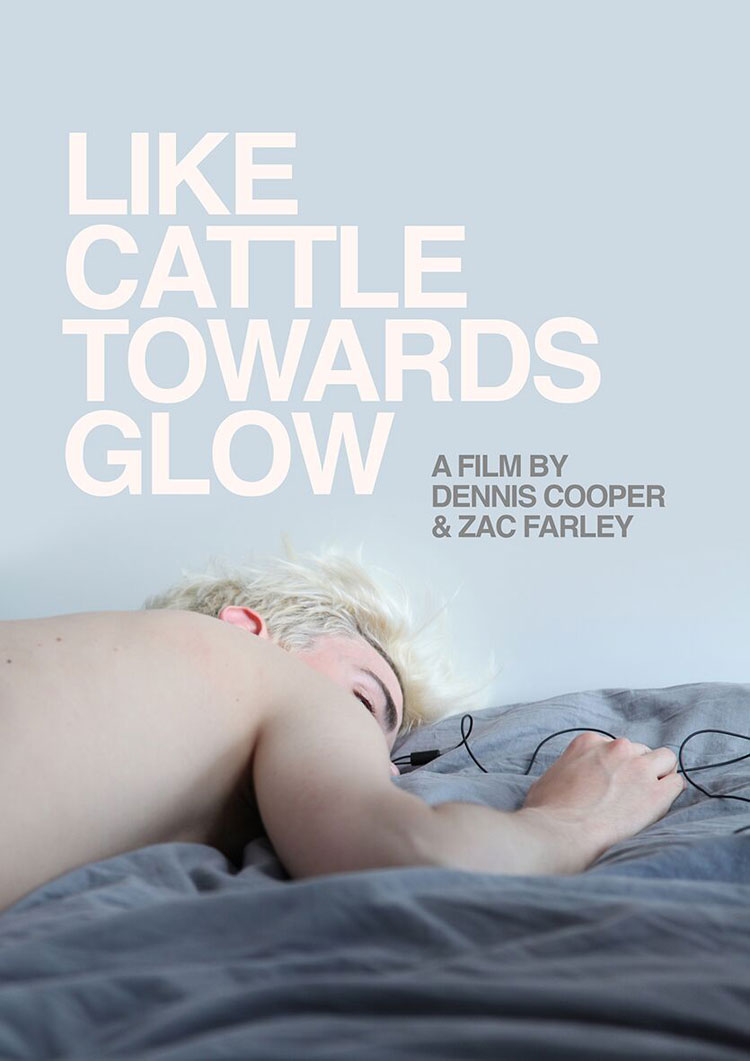 In the first scene, a man is sitting on his bed, playing with his dick and looking pretty disconnected and upset. He heads to another young man’s house, who is paying him to play dead while he has sex with him. The first guy says he’s only there for the money, while the other is using it to process the death of a friend he rejected romantically. However, there may be more to it for both.

That’s followed by a journey into an underground club, where a man is doing a spoken-word piece about all the pain and bad things that have happened to him, which gets drowned out by pumping music. Two men come out of the crowd and begin to sexually assault him while the audience watches and doesn’t intervene, but are they part of the piece or not?

In the third scene, two young men meet at a tram stop. One says he’ll let the other fuck him in return for some heroin, while also saying he knows he’ll be dead in two days. They head off into the woods, where one man fingers, rims and fists the other.

Finally, a woman who is controlling drones and security cameras, follows a man across a beach via her screens. He goes into security bunker, lies on the bed, pulls his t-shirt over his head, and shows the top of his butt, then sits up. It then reveals that perhaps they know each other and he’s aware of being watched, but thinks he’s fucked up and pointless.

Like Cattle Towards Glow is a film that does not hide its artistic pretensions. It certainly makes you think, although the thing a lot of people will be thinking is, ‘What the fuck was that?’. It is strange, sometimes disjointed, it often feels like two slightly different conversations are going on at once, and the people are often presented as if they are almost empty. Indeed, many of the characters seem to barely exist until another person enters their sphere, and even then it’s only marginally.

It is a film about inside the mind, while making you wonder whether anything is going on inside the minds of these people at all, and that even if there is, the possibility of understanding it is an illusion. Many of these people you could believe have no interior sentience at all, acting like automatons, while only occasionally showing there’s more inside.

While it hints and plays with ideas, it’s not the sort of film that ever comes out and says, ‘This is what I’m about, and here are my themes clearly stated’, which some people will undoubtedly find frustrating, especially as even the themes it has are more about getting the audience to think rather than making a bold statement. There are ideas about the possible vacuousness of modern life, where everything and nothing is a performance, and we experience everything via screens. It hints that all the interactions here have greater depth and meaning, while also suggesting that perhaps nothing means very much at all. There are musings on the idea that no matter how much we try to intellectually distance ourselves from others, underneath we’re all very similar and base.

It’s certainly interesting, but it’s also somewhat frustrating, like an abstract painting where you feel that if you look at it long enough, everything will come into focus and you’ll know ‘what it is’, but it deliberately doesn’t quite permit that. I also have to say that despite Cooper’s writing, Zac Farley’s direction and the presence of Christophe Honore (Ma Mere, Man At Bath) as a producer, there is undoubtedly something a little student film about the whole thing. It’s like devised theatre, where you feel the creators could write an A+ essay on the theory, meaning and thought behind each piece, but that the viewer is somewhat secondary to that.

That might sound a bit damning, but it’s also oddly fitting. After all, it’s a film where the characters feel disconnected and sometimes disjointed, which rejects the idea of simplistic narrative and which often plays with the fact everyone is an island, cut off from the thoughts and feelings of others. Connection to other people may be an illusion, and ultimately nothing we say may matter at all to anyone but ourselves. It’s not just the characters that are that way, it’s the film too.

My advice as to whether you should watch this is to consider what you think of modern art. If you’re the sort of person who finds it ridiculous, doesn’t ‘get it’ or rejects anything post-Monet, you really won’t like it. However, if you’re curious, the sort of person who’ll head to a gallery to ponder something you perhaps don’t quite fully understand, you’ll probably appreciate Like Cattle Towards Glow. Is it a ‘good’ film? To be honest, I’m still not 100% sure – half of me feels perhaps it’s just pretentiousness for pretentiousness’s sake, while the other half has to admit there are plenty of interesting ideas and thoughts tucked away in there.

Overall Verdict: Anyone going in to this for its explicit side may like the penises, but if that’s all you’re interested in, you’ll probably think the rest is pretentious drivel. However, for those who are prepared to do a bit of mental work and to consider what the vignettes are actually doing, it’s worth a look.