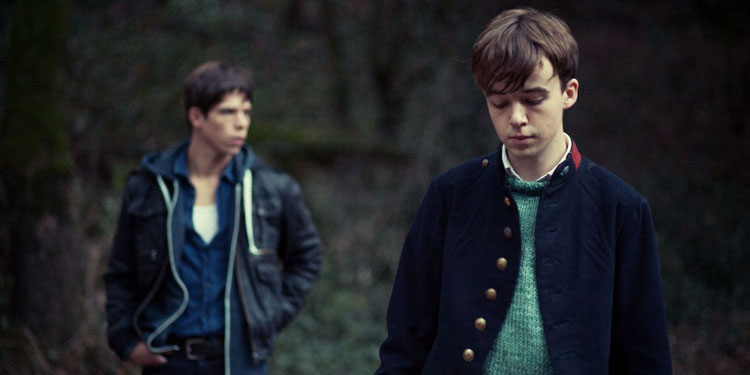 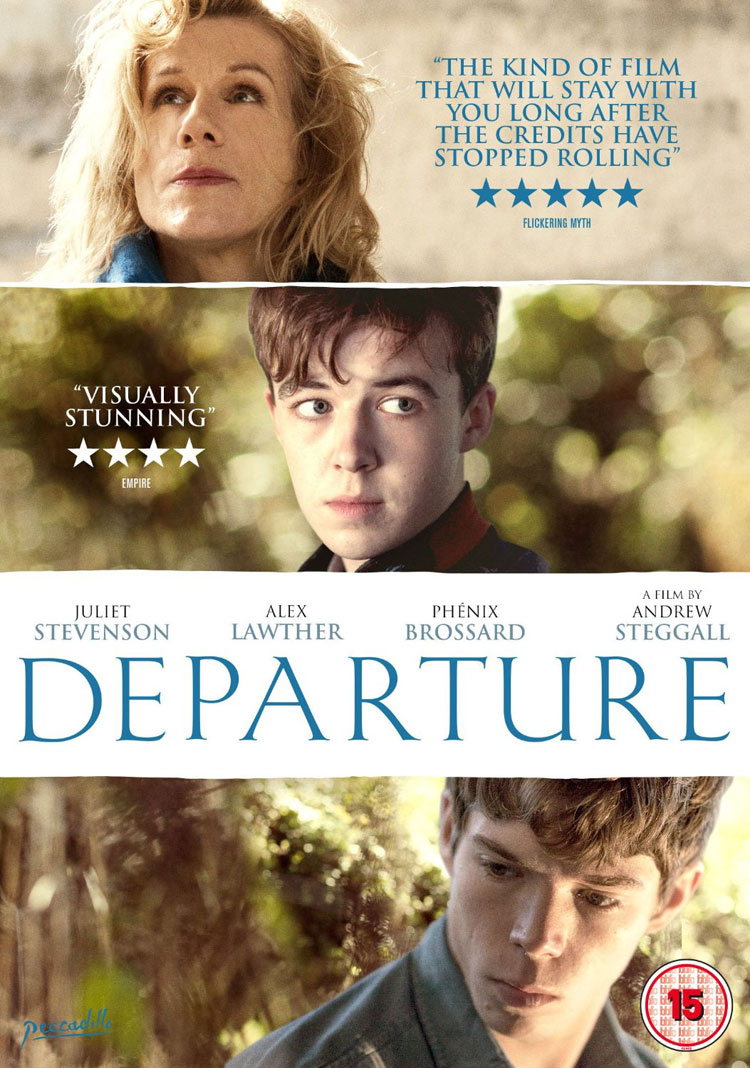 Beatrice (Juliet Stevenson) and her teenage son Elliot (Alex Lawther) head for their French summer home to pack everything up ahead of leaving it behind forever. Beatrice and her husband’s marriage is crumbling, leaving her feeling adrift but putting on a brave front for her son.

Elliot meanwhile is just finding his feet in the world and discovering his sexuality, something that gets accelerated when he meets young Frenchman Clement (Phénix Brossard). They strike up a friendship, which for Elliot is something far more, although he’s not sure how to find out if that’s true for Clement as well.

As Elliot explores his growing feelings, he also has to come to terms with the fact his family is irrevocably changing. He and his mother start to gently renegotiate their relationship as they realise they are becoming different people.

Initially it’s difficult not to feel Departure might be about to sink under the weight of its own middle class-ness. However, it quickly stretches past seeming like it might be about how terrible it would be not to have a French holiday home anymore, to something far more interesting and universal.

Andrew Steggall’s debut feature film has a real delicacy of touch and a genuine empathy for its characters. Elliot’s journey goes beyond one of typical first love to explore a young man coming into his own in the world, feeling his way towards adulthood and dealing with his family’s breakup. It doesn’t do that with typical screaming, melodrama and histrionics, but instead shows a real delicacy of understanding of a mother-son relationship, and the depth of feeling that may be going on under the surface. They both negotiate the ground between who Elliot was as a child and who he will be as a man, while also exploring Beatrice’s role as a wife and mother, and who she is as a woman – something even she may have forgotten.

It’s a surprisingly engrossing look into their lives, with Steggall showing great care for his characters. Departure has a nice feel for metaphor, imagery and juxtaposition, using them to dig further into these people and what’s happening between them. Many will be pleased to hear that while this is a movie about a gay teen, it’s not really a coming out movie with all the identity angst that entails. Instead it’s about far more than that, helped by a sweet and complex performance from Alex Lawther, who manages to show the pain he’s going through without the need to go over the top.

It’s also nice that Clement is more than just a catalyst to push Elliot and Beatrice’s life in a new direction. He’s an interesting character in his own right, someone who slowly reveals more about himself, with both mother and son possibly having jumped to conclusions about him. The direction his relationship with Elliot takes is fascinating too, and while some may feel there’s a slight lack of resolution, it raises interesting questions about why go the way they do and what Clement’s true feelings are.

If you like your films quiet and contemplative but with rivers of emotion roiling under the surface, this is the film for you. If you demand endless action, you’ll be less impressed. You’d be missing out though, as Departure is a film with real charm and a genuine grasp for the dynamics between people, as well as how growing up isn’t just a series of rites of passage, but a constant re-evaluation of your position in the world and how a thousand different things subtly shift into new places to create something new and yet familiar.