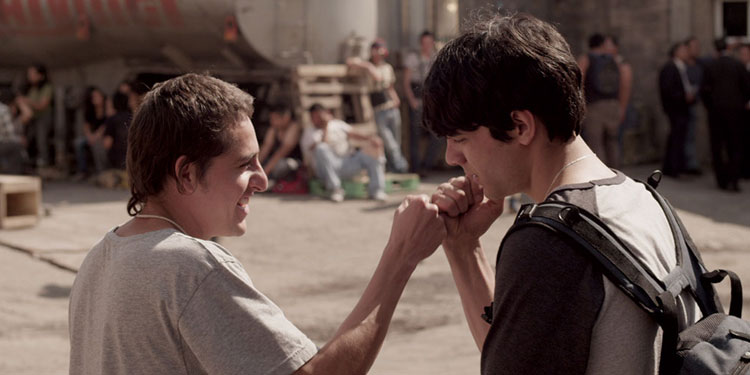 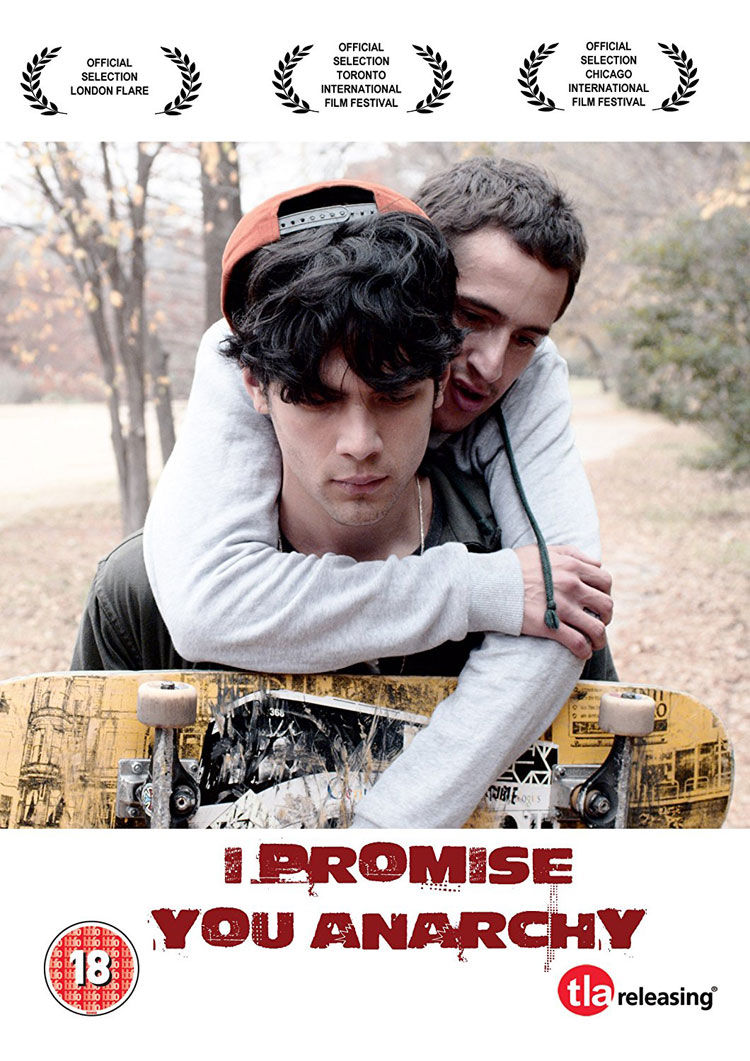 In Mexico City, Miguel and Johnny have started sleeping with one another. They’re both involved in a somewhat shady business where they’re paid to find people to donate blood that is used by drug gangs, or in their parlance, they’re looking for human ‘cows’ to be ‘milked’. As their relationship deepens – despite Johnny having a girlfriend and suggesting he just likes to have fun with people of either gender – the duo find themselves tempted when they’re offered a big payday by the gangsters to find 50 people to be ‘milked’.

As things start to spiral out of control and they realise their greed may have repercussions they never expected, events threaten to split them apart forever.

For a lot of people, I Promise You Anarchy will be a bit of chore. Unless you’re willing to fully commit, it’ll be difficult to escape the sensation that not a lot is happening fairly slowly. The film has a somewhat documentary quality, mixed with moments of heightened reality. It means the film takes its time, and has sections where it’s not always 100% clear how they fit into the whole.

However, under the surface there are some interesting things happening, especially when the film explores the deepening feelings between the men – indeed, the movie anchors itself as a love story – and what those feelings are based on. Around that it looks at how poverty and need can result in depersonalisation and people doing things they otherwise wouldn’t do. The most obvious example is referring to blood donors as ‘cows’ – no one cares about them as people, they’re just used for their ‘milk’.

While the film is careful not to beat the audience over their heads with it, the donors become a metaphor for the effects of capitalism as a whole, and its corrupting aspects. Miguel and Johnny are living within a system that wasn’t designed for them – they just want to skate – but in order to do that must get involved in ever more shady activities. The depersonalisation continues when one of them ends up in the US, and is expected to slot into a low-end, anonymous job where he is just a random body to provide labour.

Most of this is provided relatively subtly though, so that on the surface it often feels like not a lot is going on, and that when something does happen, it’s comparatively understated compared to how it could have been handled. It often feels like the titular ‘anarchy’ is in the filmmaking style, which deliberately avoids typical tropes, but results in it often being a little too oblique for its own good, and with a few too many random moments where it’s difficult to work out if they fit into something greater or not. It’s a lack of focus that hurts the overall impact of the movie.

Click here to watch the trailer for I Promise You Anarchy

I saw I Promise You Anarchy described as a ‘hot mess’, and I can see what they mean. It’s sometimes sexy, intriguing and the relationship between the two central characters is handled well (even if they don’t always react in ways that seem 100% plausible), but it’s also messy, unfocussed at times and somewhat indecisive.

Overall Verdict: A movie where you almost wonder whether a return to the editing room could have resulted in something a bit stronger, as while it has some interesting ideas and a decent relationship at its core, it’s also slow-moving and a little too vague for its own good.