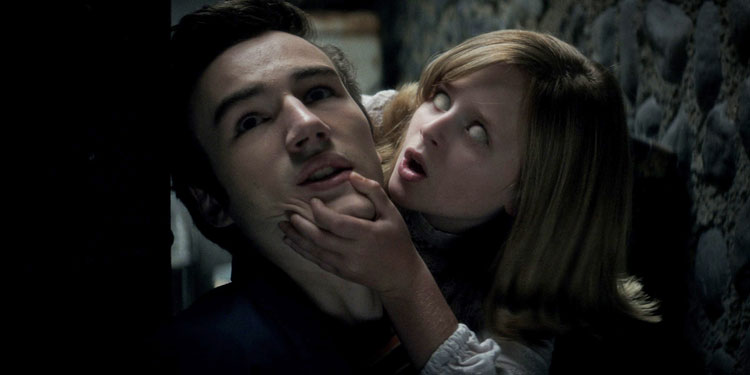 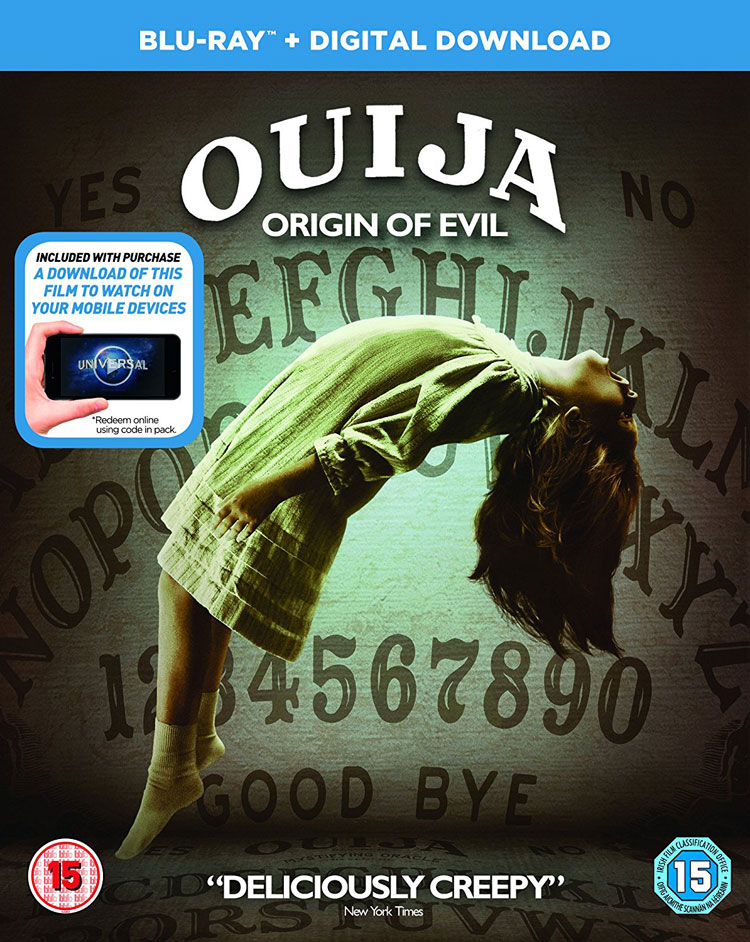 Set 50 years before 2014’s Ouija movie, this prequel takes us into the same house in the late 1960s. Alice Zander (Elisabeth Reaser) is running a fake séance business from the property, telling her clients what they want to hear about their deceased love ones. She decides a good gimmick would be to add a Ouija board to the ‘act’. However, as soon a she starts using it, her youngest daughter, Doris (Lulu Wilson), starts hearing voices that she believes are her dead father contacting her.

Alice initially thinks this is great, as Doris’ gift means that they can do the psychic thing for real and maybe even reconnect with the dead dad, but her other daughter, Lina (Annalise Basso), isn’t so sure. Turns out Lina’s uncertainty is well founded, as evil forces within the house start to possess Doris and make their malevolent presence known.

Ouija: Origin Of Evil surprised many when it got a lot of good reviews at the cinema, scoring an 82% fresh rating on RottenTomatoes.com – something incredibly rare for a horror more. I’m not totally sure why though, as while many effused about this being superior to most mainstream horror, I thought it was, well, pretty run-of-the-mill. I’m not even sure quite why others felt it was so good, as it’s a movie pieced together from a 100 stock supernatural horror elements, put together without building too much tension and little that could be classed as genuinely frightening.

It’s not a bad movie and it certainly has some great production design and some truly striking images during the supernatural moments, but it’s ultimately something we’ve seen 100 times before, only this time set in the 1960s. Ouija: Origin Of Evil is an okay watch, and it’s definitely a step up from the lacklustre and rather ham-fisted first film, but it doesn’t add up to a vast amount.

Some have praised the characterisation and its depiction of a family reeling from the death of the father and looking for answers, but even in that respect it feels overly familiar. There is no doubt that director Mike Flanagan (Oculus, Hush) and the cast were on a mission to raise this above schlocky, lowest-common denominator mainstream horror, but while they acquit themselves competently, the screenplay slightly traps them into something more generic than they seem to think they’re making.

It is a slightly pointless review that says, ‘if you like this kind of movie, you’ll probably like this one’, but in this case its apt – it does the job but it does it in a relatively pedestrian manner. Everyone else will find it pretty dull and will roll their eyes at its litany of clichés.

Overall Verdict: It’s alright but the critical praise Ouija – Origin Of Evil got at the cinema was certainly more than this passable but pretty generic slice of supernatural horror deserved.