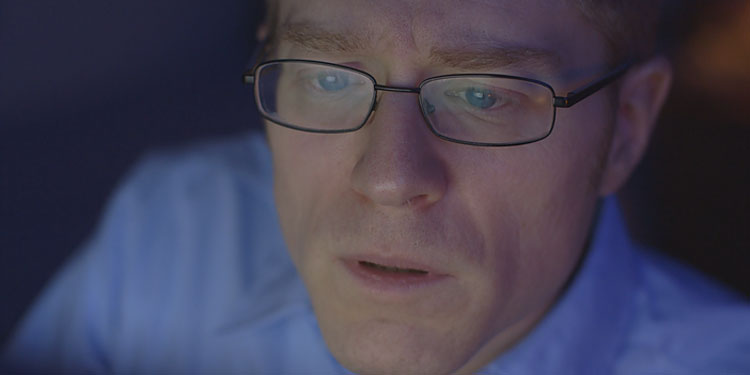 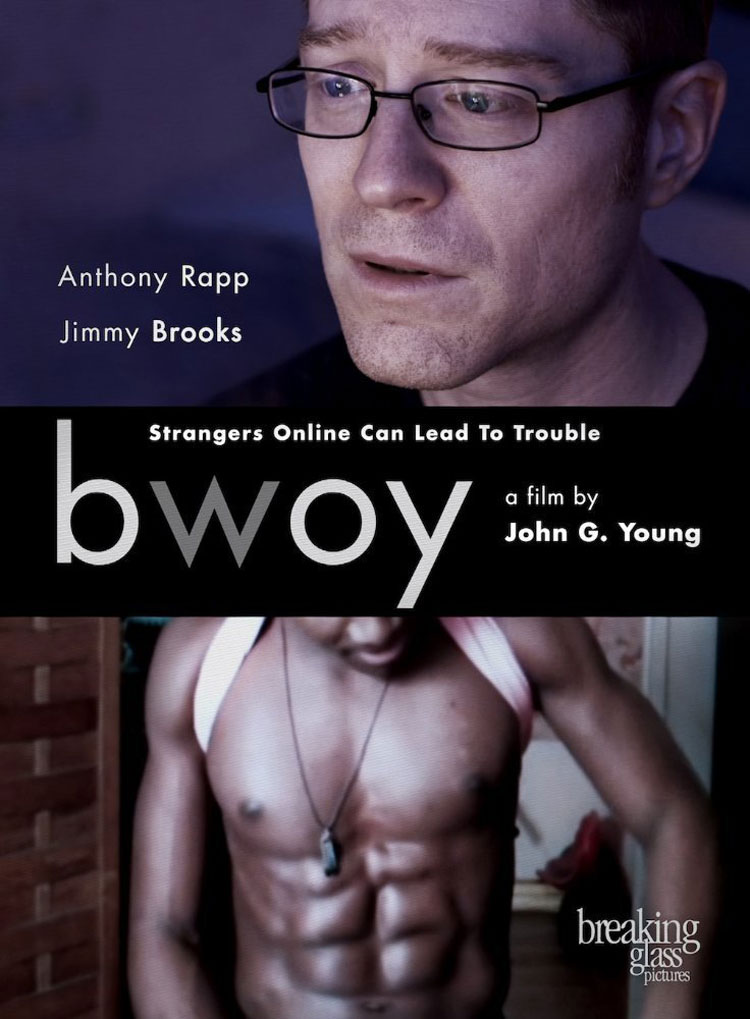 Brad (Anthony Rapp) is a man approaching middle age, stuck in a dead-end job at a credit card company. He’s married, but there’s a profound sadness at the heart of his relationship, caused by a past tragedy. Brad decides to shake things up by setting up an online profile on a gay dating site.

He connects with a young Jamaican man called Yenny (Jimmy Brooks), spinning the Caribbean islander a story that he lives in New York City, works in finance and has a jet-setting lifestyle. Yenny meanwhile seems enamoured with his new ‘daddy’, asking Brad to call him his Jamaican ‘pussyboy’.

The online relationship develops faster and deeper than Brad ever expected. However, Yenny still thinks Brad is a high-flying professional, while Brad is increasingly in two minds about whether Yenny really is falling in love with him, or whether he’s really just after the money he thinks he has. While Brad is trying to figure out what this all means to his real life, and whether Yenny offers a real alternative and the possibility of something new and happier, things take a dramatic turn.

Bwoy certainly asks a lot of Anthony Rapp. The movie is a big challenge for him as he’s in every scene, and for the majority he’s simply sat in front of a computer screen – either at his home or work. This sort of sedentary attitude is normally anathema to interesting filmmaking, and so it’s up to Rapp in large part to try and ensure it doesn’t get dull. He does a good job, helped by a charming and sweet performance by Jimmy Brooks as Yenny, who’s largely seen via webcam.

What also helps is that it manages to find plenty of interesting ideas and potential drama in the world of online dating. Although Brad isn’t exactly catfishing Yenny, the movie explores how the internet allows people to massage reality, with the screen being both distancing and allowing people to feel an intimacy to reveal and do thing they might be more reticent about in real life, partly because it allows those involved to create so much of what’s happening in their own heads. As the movie suggests, this opens the door to potentially get scammed, which can be both financially and emotionally devastating (millions are lost to online romance scams each year).

However, in a real relationship people do often give each other money, especially if one is far wealthier (or at least pretending to be) than the other, and with possible happiness on the line you can certainly see why Brad is both suspicious and yet doesn’t want to shut things down.

Along this look at how people can be both far bigger liars and far more open online than they are in real life, Bwoy also hints towards some intriguing ideas about May-December gay relationships. Many people find the popularity of calling older gay guys ‘daddy’ who have ‘sons’ a bit strange, not least due to the incestuous connotations. Bwoy wonders whether sometimes there may be more to it that purely just unfortunate nomenclature. While it doesn’t come to any conclusions, it is intriguing.

The movie can’t completely overcome its rather sedentary nature though, and those who demand constant action and who aren’t prepared to engage with the characters and ideas will probably find it rather dull. Conversely, those who do get involved in the situation and characters, may find the dramatic end rather abrupt and perhaps a little extreme compared to what has gone before. Thankfully though, it doesn’t completely destroy what’s gone before, and quickly goes back to presenting interesting ideas, showing further complexity to online relationships and suggesting that in life even those who do bad things may have good reasons.

Some may also be slightly frustrated by the fact the characters are rather self-centred. Although it is a movie about their own internal journeys, there are moments when you suddenly realise how little Brad in particular is considering other people. Indeed, despite moments when it seems to remember she’s a person too, the movie gives Brad’s wife incredibly short shrift, despite the effect her husband’s actions will have on her.

By the end, it’s difficult to work out whether it’s a ‘happy ending’ or not. On the surface it seems as if it’s coming down decisively on one side or other of the happy spectrum, but when you start thinking about it, it becomes more complex.

Overall Verdict: Bwoy is certainly an intriguing movie and an unusual one, and while it won’t be to everyone tastes, many will enjoy its ideas about online performances and the depth it brings to its characters.