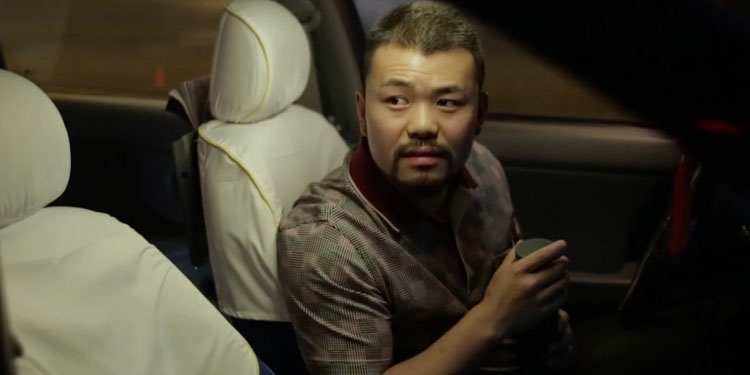 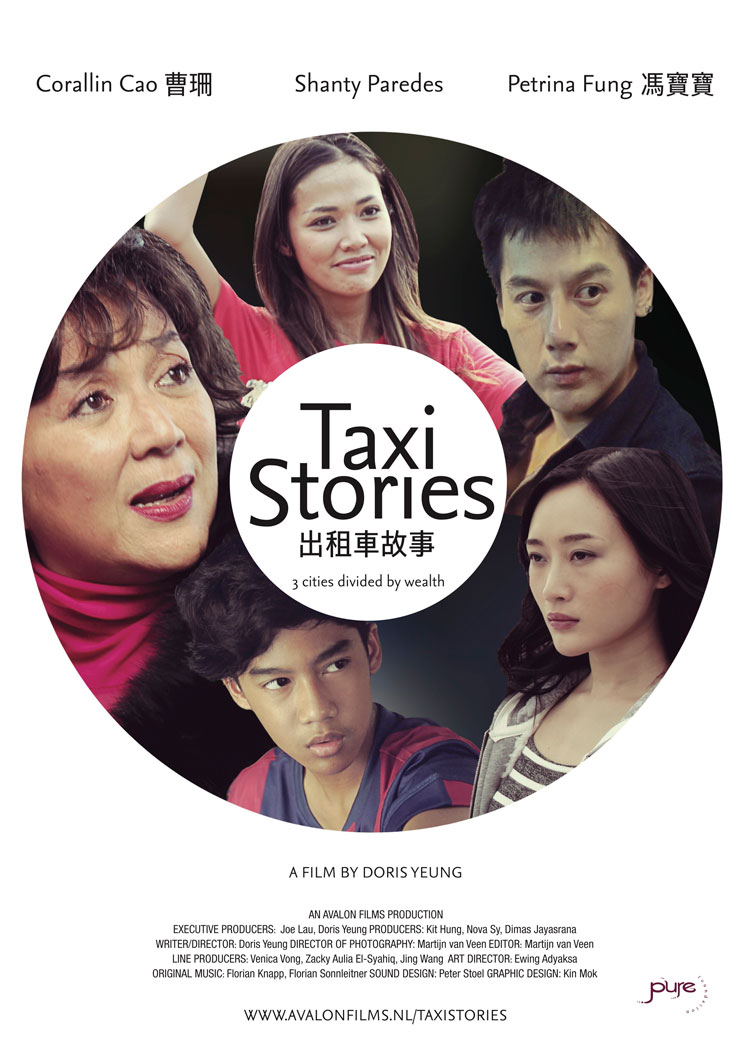 In Indonesia, a young taxi/bajai driver in Jakarta meets an Aussie woman called Samantha who’s on her gap year. He quickly becomes enamoured with her and hopes he can make her his girlfriend. He is also hired by a Hong Kong visitor to take him on a tour. However, the gay visitor may have ulterior motives – but perhaps not you might expect.

In Hong Kong itself, a rich trophy wife begins to bond with her Indonesian maid. All the wife wants is to have a child, seemingly because that’s what she thinks she’s supposed to do. However, then things take a shocking turn. In Beijing a taxi driver picks up two gay men, returning later for one of them. When the stuck up and dismissive passenger turns down the driver’s overture towards sex, things gets increasingly dangerous.

These sort of mosaic movies can be a bit of a disconnected mess, as they often come across as a director trying to impress rather than tell a story or leave any lasting impression on the audience. Thankfully Doris Yeung’s Taxi Stories isn’t like that. Each of the stories is well told and involving, and they pull together in interesting thematic ways.

At its core it’s a movie about power and the unequal relationships between people. That ranges through the social, economic and sexual, with a particular interest in how they interact and the possible bonds that can overcome them. For example, with the trophy wife and the maid, there is a drastic social and economic divide between them, but the wife is living in a very lonely gilded cage and soon begins to see the maid as the only one who understands her. However, for the husband, she is pretty much one of his belongings that he can badly abuse. The wife may also completely misunderstand what money and her position can buy her.

Likewise, in Jakarta you have a young man from the slums who seems to have little chance of any other life, but his encounters with people from a different social stratum shows him a different world. However, it may be that a rich Aussie romanticising poverty doesn’t really understand him in the way he thinks she does, while a rich, gay Hong Kong man may actually be far closer to him than he realises.

Click here to watch the trailer for Taxi Stories

Perhaps most interesting is the taxi driver and his passenger, where the movie plays with how the audience should feel about these characters and what becomes an increasingly dangerous and somewhat unwitting power play. As part of that you have a man who’s only ever known wealth and has had the freedom to be gay, and another for whom poverty never really made that seem like an option.

All three stories play with who has the power, suggesting sometimes thinking you’re the one with the control can be an illusion, and that along with the social, economic and sexual, violence and the threat of it can become a great leveller no matter where you come from.

Doris Yeung was apparently inspired to write the movie after hearing about a friend who got a taxi outside a gay bar, but the driver offered him a free ride pay in return for sex. While the echoes of that are still in the movie, she’s taken it a lot further with a trio of tales that range across Asia, exploring the dangers and possibilities of power imbalances.

Overall Verdict: Far more interesting than the bare bones of the synopsis might suggest. Doris Yeung blends sexuality, power and class across three stories to create something surprisingly thought-provoking.