There have been various attempts at making a biopic of Miles Davis, but now one’s moving forward as Don Cheadle, Ewan McGregor, and Zoe Saldana are set to star in Kill the Trumpet Player, which is based on a few dangerous days in the life of the musician, fighter and genius, as he bursts out of his silent period and conspires with a Rolling Stone writer (McGregor) to steal back his music.

Cheadle is set to play Davis and will be pulling double-duty and he’s set to make his feature directorial debut from a script co-written with Steven Baigelman. The actor has been involved for a couple of years, but it’s only now it’s getting made. Herbie Hancock, a legend in his own right and close collaborator of Davis, will participate in the project as well.

There’s no news on who McGregor and Saldana will play.

BiFrost Picture’s Daniel Wagner commented, “Don is one of our generation’s greatest actors, and this is the role he was born to play. His take on the conventional biopic of one of music’s most celebrated icons is cinematic “jazz” and too unique to resist. It fits naturally with BiFrost’s commitment to support talent and their passion projects, so we are thrilled to work with Don on his feature directorial debut.” 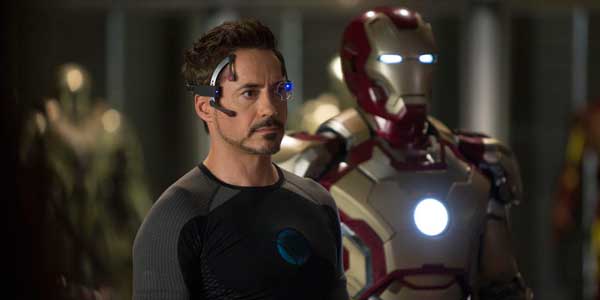 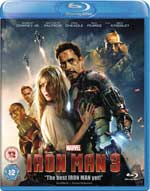 Iron Man 3 presented an interesting challenge to Marvel, as it’s the completion of the Iron Man trilogy – with no stand-alone adventures for Downey Jr’s metal man likely to follow – but also the follow-up to The Avengers and a prequel to his appearance in The Avengers: Age Of Ultron. As such the movie could have ended up a complete mess, unsure what it was meant to be doing. However it actually handles the challenge fairly well, sewing up themes from the earlier Iron Man movies, while having Tony Stark rocked by the events of the Battle Of New York, which have started causing him to have panic attacks. END_OF_DOCUMENT_TOKEN_TO_BE_REPLACED

It’s not long at all until Iron Man 3 hits UK cinemas on April 25th and the US on May 3rd, so it’s time to kick the hype up a gear with an ace new trailer. It suggests a more serious tone than the first two films, with Tony Stark dropping his jokey, cocksure attitude as The Mandaring emerges and threatens to rip his life apart.

Luckily though he’s going to spice things up with a whole team of iron people!

Here’s the synopsis: ‘Marvel’s “Iron Man 3” pits brash-but-brilliant industrialist Tony Stark/Iron Man against an enemy whose reach knows no bounds. When Stark finds his personal world destroyed at his enemy’s hands, he embarks on a harrowing quest to find those responsible. This journey, at every turn, will test his mettle. With his back against the wall, Stark is left to survive by his own devices, relying on his ingenuity and instincts to protect those closest to him. As he fights his way back, Stark discovers the answer to the question that has secretly haunted him: does the man make the suit or does the suit make the man?

‘Starring Robert Downey Jr., Gwyneth Paltrow, Don Cheadle, Guy Pearce, Rebecca Hall, Stephanie Szostak, James Badge Dale with Jon Favreau and Ben Kingsley, “Iron Man 3” is directed by Shane Black from a screenplay by Drew Pearce and Shane Black and is based on Marvel’s iconic Super Hero Iron Man, who first appeared on the pages of “Tales of Suspense” (#39) in 1963 and had his solo comic book debut with “The Invincible Iron Man” (#1) in May of 1968.’ END_OF_DOCUMENT_TOKEN_TO_BE_REPLACED

Marvel Studios has released a brand new poster for Iron Man 3, which features Don Cheadle in his Iron Patriot armor. The actor returns to reprise his role as Colonel James Rhodes, a part he took over from Terrence Howard in Iron Man 2.

Although it hasn’t been revealed exactly how Iron Patriot fits into the plot, which sees Tony Stark going up against The Mandarin, in the comics, the character was actually Norman Osborn (aka Green Goblin), using a red, white and blue Iron Man suit to try and become a hero. Obviously he won’t be Osborn here (not least because that character is controlled by Sony for its Spider-man franchise), but instead becomes Rhodes. 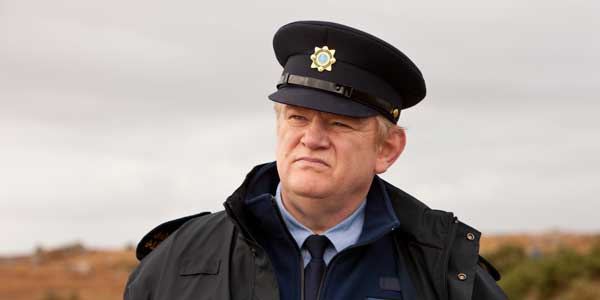 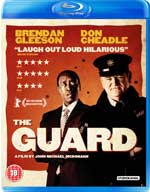 Gleeson plays small town cop, Sergeant Gerry Boyle, a man who’s more interested in hookers than keeping law and order, but whose quiet life is disrupted by the arrival of FBI Agent Wendell Everett (Cheadle), who’s on the trail of an international drug smuggling ring. Boyle isn’t interested in this multi-million Euro operation, and with the two men initially having a very confrontational relationship (largely because of the Irishman’s decided non-PC approach), it would appear they’ll never be able to work together. END_OF_DOCUMENT_TOKEN_TO_BE_REPLACED