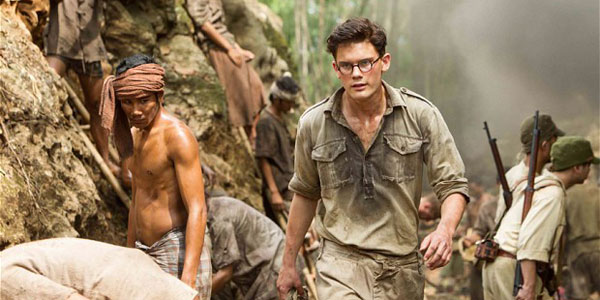 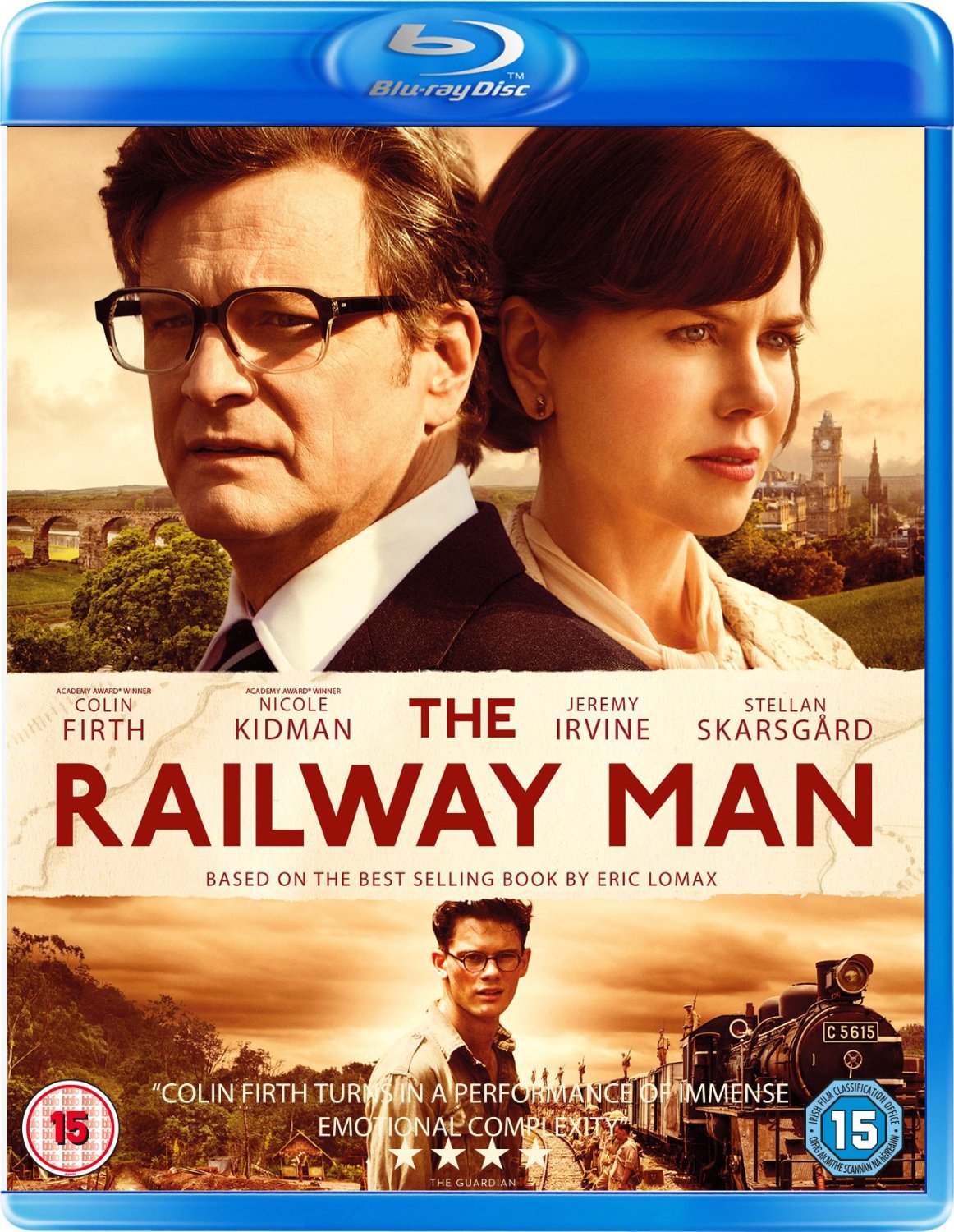 The movie follows two periods in the life of Eric Lomax. As a middle-aged man (Colin Firth) he meets and falls in love with Patti (Nicole Kidman), however their marital bliss is severely hampered by the fact he suffers severely from what would now be called Post Traumatic Stress Disorder. END_OF_DOCUMENT_TOKEN_TO_BE_REPLACED

A couple of weeks ago Roland Emmerich’s Stonewall got its first star with War Horse and Railway Man’s Jeremy Irvine signing up for the movie. Now he’s got some company as Deadline reports X-Men: First Class star Caleb Landry Jones is in talks for the film.

The film will centre around Irvine’s Danny, a young man whose political awakening happens against the backdrop of the 1969 Stonewall Riots, which have since become a touchstone for the gay rights struggle.

Jones will play, ‘an eccentric gay street hustler named Orphan Annie who at first resists then warms up to Danny and later participates in the Stonewall uprising’.

Emmerich revealed a few weeks ago that he intends to start production on the movie in the next couple of months.

As well as First Class, Caleb Landry Jones has appeared in Antiviral, Contraband, Byzantium, No Country For Old Men and the upcoming Queen & Country.

A few days ago Roland Emmerich announced that he was planning to shoot his gay rights drama, Stonewall, this Spring. But at the time we had no idea who would star.

Now Deadline reports that War Horse and Great Expectations star Jeremy Irvine has landed the lead role in the movie.

While the movie is set during the run up to the 1969 Stonewall Riots, it’s not a simple retelling of what happened during June 1969, as Jon Robin Bates’s script is a larger story of how modern gay rights activism emerged and how that boiled over onto the streets at New York’s Stonewall Inn. He’s previously described it as being, “About these crazy kids in New York, and a country bumpkin who gets into their gang, and at the end they start this riot and change the world.”

Irvine will play a young man whose political awakening happens against the backdrop of the riots which have since become a touchstone for the gay rights struggle.

In the last couple of years Irvine has gathered many fans who like both his talent and his face, and plenty of those will be very happy at the prospect of him playing a gay character – we’ll certainly be first in line when the movie comes out.

Hammer and eOne have announced that The Woman In Black: Angel Of Death has begun shooting, and with it they’ve released the first couple of stills from the film, featuring Phoebe Fox, Jeremy Irvine and Helen McCrory.

The film went into development shortly after the Daniel Radcliffe starring The Woman In Black became the highest grossing horror movie in UK history and made over $130 million around the globe. Susan Hill (who wrote the original novel) then came up with an original story idea, with Jon Croker handling the screenplay. Tom Harper directs.

The film will continue the story four decades after the first film. After it is seized by the government during World War II, the sudden arrival of a group of evacuated children at Eel Marsh House awakens its darkest inhabitant.

The Railway Man is hoping to put in a strong awards run this winter. We’ve already seen it and we reckon it has a great shot at bagging a few awards. Now the movie has debuted a quintet of character posters, showing off Colin Firth, Jeremy Irvine, Nicole Kidman, Stellan Skarsgard and Hiroyuki Sanada in the movie.

Here’s the synopsis: ‘Based on his best-selling memoir, The Railway Man tells the extraordinary and epic true story of Eric Lomax, a British Army officer who is tormented as a prisoner of war at a Japanese labour camp during World War II.  Decades later, Lomax discovers that the Japanese interpreter he holds responsible for much of his treatment is still alive and sets out to confront him, and his haunting past. A powerful tale of survival, love and redemption, THE RAILWAY MAN stars Academy Award-winners Colin Firth and Nicole Kidman, with Jeremy Irvine and Stellan Skarsgård.’

The Railway Man is making its debut at the Toronto International Film Festival, ahead of a hoped for awards run this winter. Now we can get our first look at the movie, as the trailer has arrived, and it certainly looks good.

The film is ‘Based on his best-selling memoir, The Railway Man tells the extraordinary and epic true story of Eric Lomax, a British Army officer who is tormented as a prisoner of war at a Japanese labour camp during World War II.  Decades later, Lomax discovers that the Japanese interpreter he holds responsible for much of his treatment is still alive and sets out to confront him, and his haunting past.  Directed by Jonathan Teplitzky, and starring Academy Award-winner Colin Firth, Jeremy Irvine, and Academy Award-winner Nicole Kidman, the film is a powerful tale of survival, love and redemption.’

It’ll be out in the UK in January, with an Academy Award qualifying expected to start in the US at the end of 2013. END_OF_DOCUMENT_TOKEN_TO_BE_REPLACED

Jeremy Irvine is one of the those actors who it feels could have a real, lengthy film career. Following the likes of War Horse, Great Expectations and Now Is Good, he’s signed up to star alongside Michael Douglas in The Reach according to THR.

It will certainly be a challenge for both actors, as they’re essentially only people in the film for the majority of the running time. It’s about a hunting enthusiast (played by Douglas) who hires a guide (Irvine) ‘for a trek through the desert. The two start off on the wrong foot and things only get worse when the hunter kills a prospector. The hunter then becomes a merciless torturer to the guide and puts him through painful mental and physical tests in the middle of the sweltering desert.’

Jean-Baptiste Leonetti is directing the thriller, which is based on a 1972 Robb White novel called Deathwatch. Stephen Susco wrote the scipt. The movie will begin shooting in New Mexico at the end of this month.

Jeremy Irvine in Now Is Good

Way back in September 2010 Liam Hemsworth was circling Fallen, but he moved on due to the fact the film was stuck in development (and was also passed around Hollywood, as it was originally being developed by Disney). However now it’s moving forward again with Deadline reporting that Jeremy Irvine (War Horse) and Addison Timlin (Stand Up Guys) have joined the cast.

Even though Daniel wants nothing to do with Luce, she can’t let go and has to find out what Daniel is so desperate to keep secret. As secrets unfurl, it becomes clear Daniel may not be what he appears, and there could be a reason he seems so familiar.

Jeremy Irvine in Now Is Good

The Woman In Black surprised many when it became the biggest horror-thriller ever at the UK box office and found success around the world too. Unsurprising a sequel was soon announced, with Susan Hill, who wrote the original Woman In Black novel, coming up with an idea for it.

Daniel Radcliffe won’t be back, so a new cast is needed. Now it’s been announced that Jeremy Irvine (War Horse) and Phoebe Fox (Switch) have signed up to star in The Woman in Black: Angel of Death.

The film will continue the story four decades after the first film. Seized by the government during World War II, the sudden arrival of a group of evacuated children at Eel Marsh House awakens its darkest inhabitant. There’s no news on exactly who Irvine and Fox will be, although we assume they’ll be busy getting haunted in the movie (although we reckon Jeremy Irvine is too pretty to haunt – ghosts leave him alone!).

Tom Harper will direct from a screenplay by Jon Croker wrote the screenplay. Harper commented, “Jeremy and Phoebe are fantastic actors to continue The Woman in Black’s chilling tale. I’m looking forward to working with them both on the film and can’t wait to start shooting with the pair.”

Interestingly the announcement refers to Angel Of Death as ‘the next installment’, suggesting they may want to make a few more after this one.

The BBC must like Great Expectations an awful lot, as within 12 months they produced a TV version starring Douglas Booth, Gillian Anderson and Ray Winstone, and backed this movie version from director Mike Newell (Prince Of Persia). They should probably have stuck with the very well received former, as while handsomely mounted and well-acted, Newell’s movie is a little flat. END_OF_DOCUMENT_TOKEN_TO_BE_REPLACED