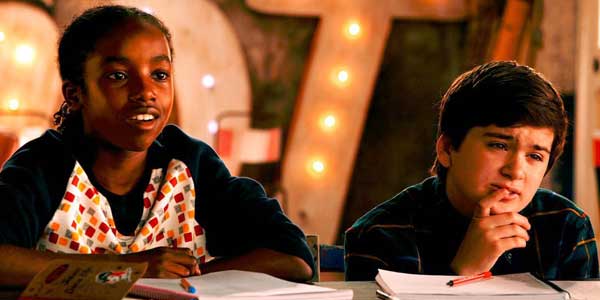 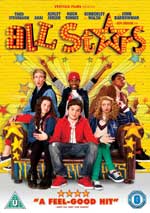 Okay, let’s start with the snooty film critic review: All Stars is derivative to the point that it almost feels like they took scenes from about a thousand other movies and merely changed the names. There is nothing in this film that hasn’t been seen many, many times before, which will have many people rolling their eyes at how unimaginative and predictable it is. END_OF_DOCUMENT_TOKEN_TO_BE_REPLACED

After Priscilla, Queen Of The Desert, we didn’t hear a huge amount from director Stephan Elliot, partly because he nearly died in a skiing accident. However he returned a couple of years ago with the British period comedy, Easy Virtue. Now he’s helmed a full-on Anglo-Australian production with A Few Best Man. When David (Xavier Samuel) journeys to Australia to marry the love of his life, Mia, he invites his three best mates – Graham (Kevin Bishop), Luke (Tim Draxl) and Tom (Kris Marshall) – to travel with him. Having barely met his bride-to-be, they aren’t too impressed at the thought of losing their best friend to married life on the other side of the world but resolve to give him a send-off to remember. After a final carnage-filled stag night the big day arrives and the trio of ill-prepared best men end up giving a whole new meaning to the phrase ‘for better or worse’ as a chaos-filled wedding, complete with a deranged drug dealer, a cross-dressed sheep, a coked-up mother-in-law (Olivia Newton John) and possibly the most disastrous speech of all time, threaten to derail the marriage before it’s even begun! The movie hits UK cinemas August 31st.

Aww, look at him on his little bike. That’s Kevin Bishop above in one of the first pics from the new Brit flick May I Kill You, in which he plays a cycling vigilante cop who has his own way of dealing with London’s ‘scum’. Set against the backdrop of the recent London riots (recreated in Wimbledon). Take a look at some more pics from the movie below. END_OF_DOCUMENT_TOKEN_TO_BE_REPLACED

CHECK OUT THESE RELATED ARCHIVES:
ACTORS: Kevin Bishop  FILMS: May I Kill You