Things have certainly moved on for Caesar and his chums since Rise Of The Planet Of The Apes, but their relationship with the surviving humans certainly isn’t that great.

Now we can take by far our best look yet at Dawn Of The Planet Of The Apes with a full trailer.

There was plenty of eye-rolling when it was announced a new version of Shakespeare’s Romeo & Juliet was in the works. Many asked whether after Franco Zeferelli and Baz Luhrmann’s versions, we needed another take. However in my opinion there’s no real problem with doing Romeo & Juliet on film again – but you do need to bring something new to the party, or at least do the old stuff so well it’s riveting in its own right. END_OF_DOCUMENT_TOKEN_TO_BE_REPLACED

The film was show quite a few months ago, but it’s only now we’re getting to see the first trailer, which lays the period renaissance detail and Shakespearean language on thick. It’s certainly going to be pretty (and not just because Douglas Booth is in it), but it remains to be seen whether, after Franco Zeferelli and Baz Luhrmann’s versions, we really need another one now.

The film will be out in the UK on July 26th.

With a May 23rd, 2014 release date already set, Fox knows it needs to get Dawn of the Planet of the Apes into production fairly soon, to ensure there’s enough time to sort out all the CGI apes. At the moment they’re busy putting the cast together.

Just a few days after Jason Clarke signed on to star in the movie, Deadline reports that teenager Kodi Smit-McPhee has joined the cast as one of the leads.

The film with reunite Kodi with Let Me In director Matt Reeves on the film. The story is set 15 years after Rise of the Planet of the Apes, and will follow a group of scientists who are trying to survive in a world that is fast being overrun by super-intelligent apes. There’s also Caesar (Andy Serkis), the ape leader who is having trouble controlling the animals in his kingdom. Unfortunately no character details have been released for Smit-McPhee’s role at this time.

Matt Reeves is directing from a screenplay by Mark Bomback.

CHECK OUT THESE RELATED ARCHIVES:
ACTORS: Kodi Smit-McPhee, Jason Clarke  FILMS: Dawn Of The Planet Of The Apes

It may be called The Young Ones, but this isn’t a remake of the classic 1980s sitcom. Instead it’s a dystopian sci-fi flick which has drawn together a pretty good cast, with Variety reporting that Michael Shannon, Nicholas Hoult, Elle Fanning and Kodi Smit-McPhee have all signed on to star.

Jake Paltrow (younger brother of Gwyneth) is set to direct the movie, which about about a future where water is incredibly scarce, causing humanity to turn on itself in the scramble for the precious resource. The film focuses on an a 14-year-old boy named Jake (who we’re presuming will be played by Kodi Smit-McPhee) who must use his wits to survive.

There’s no info on exactly who the new cast members will play, but presumably they’ll be split between those who have water and those who don’t.

The project has been in development for a long time, as two years ago Casey Affleck and Jamie Bell were set to star (Fanning was also involved at that stage too), with Noah Baumbach producing. Filming started a few days ago in South Africa’s Northern Cape desert. 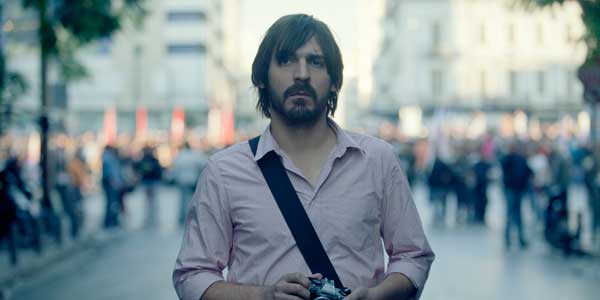 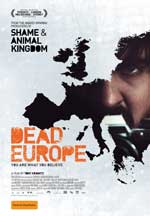 Following up some of the same themes as his earlier film, Jewboy, director Tony Krawitz this time brings Christos Tsiolkas’ novel to the screen. Ewen Leslie puts in an understated performance as the Australian Isaac, who against the wishes of his family takes his father’s ashes to Greece to scatter them in his dad’s homeland. END_OF_DOCUMENT_TOKEN_TO_BE_REPLACED

A couple of weeks ago, it appeared Let Me In stars Kodi Smit-McPhee and Chloe Moretz would be reteaming for The Wilderness Of James, but Moretz’s busy schedule has made that impossible. As a result she’s been replaced by The Hunger Games’ Clove, Isabelle Fuhrman, according to Deadline.

Written by first-time filmmaker Michael Johnson, The Wilderness Of James is a coming-of-age drama that sees Kodi Smit-McPhee playing a boy coming to grips with the absence of his father. Fuhrman will take on the female lead Val. As when Moretz was in contention for the role, there are no other details about her character.

The movie is set to shoot next month in Portland, Oregon.

Chloe Moretz has certainly built quite a career for herself, and she’s still only 15. The actress, who will soon be seen playing the title role in the remake of Carrie, is currently in talks to join Michael Johnson’s directorial debut The Wilderness Of James, according to Deadline.

The indie film is set in Portland and follows a young boy (Kodi Smit-McPhee) who is struggling to cope with the death of his father. The actress will play Val, although not a lot more is known about the character. The two actors of course last worked together in Matt Reeves’s Let Me In. Michael Johnson will be directing from his own screenplay.

Moretz is also set to return as Hit Girl in Kick-Ass 2: Balls to the Wall, but may slot in The Wilderness Of James first, which starts shooting next month.