We haven’t seen much of Matt Smith on the big screen since he left Doctor Who, but he’s got the likes of Lost River and Terminator: Genisys coming up, and now he’s added another as he’s joined the growing cast of Pride And Prejudice And Zombies.

According to THR, he’ll play Mr. Collins in the adaptation of Grahame-Smith’s novel, which keeps much of Jane Austen’s original Pride & Prejudice, but adds in a zombie apocalypse to give the classic love story an extra bit of zing. Collins is a nerdy preacher (or at least the 19th Century version of a nerd) who wants a wife and hopes to marry Elizabeth Bennett, although she’s not keen.

Also onboard are Lily James as Elizabeth, and Sam Riley as Mr. Darcy, with Douglas Booth, Emma Greenwell and Jack Huston also starring.

Burr Steers is set to direct the horror comedy which starts shooting next week.

Matt Smith has been working out and this first teaser for Ryan Gosling’s directorial debut wants to prove it – after all, Smith spends a good chunk of it repeating ‘Look at my muscles’ over and over again.

It’s a little odd, slightly hyper-real, a bit ethereal and very intriguing, even if it doesn’t go that deep into the more fantastical elements of the movie.

The film has been described as being ‘Set against the surreal dreamscape of a vanishing city, BILLY, a single mother of two, is swept into a macabre and dark fantasy underworld while BONES, her eighteen-year-old son, discovers a secret road leading to an underwater town. Both Billy and Bones must dive deep into the mystery, if their family is to survive.’

Iain De Caestecker, who co-stars and is the other main presence in the trailer, told Empire last year, “There’s my character, Bones, his mother and his younger brother. There’s also a girl next door played by Saoirse Ronan, called Rat. It’s about this family living in a town called Lost River, which is perhaps a place that was once full of family and happiness and love, and is now this town that’s slowly descending into a place without any hope. This family is holding onto the foundations of their house and everything they think they need to hold onto.” END_OF_DOCUMENT_TOKEN_TO_BE_REPLACED

David Tennant’s attempts to go from Doctor Who to being a star in the US didn’t quite go to plan, despite a lot of movie interest and a few failed TV pilots. However Matt Smith seems to be doing pretty well with a role in Ryan Gosling’s upcoming directorial debut, Lost River, and now Deadline reports that he’s scored a major part in Terminator: Genesis.

There’s no news on exactly who he will be, although he will play a brand new character with a strong connection to John Connor. He’ll star alongside Arnold Schwarzenegger, Jason Clarke, Emilia Clarke, Jai Courtney, J.K. Simmons, Dayo Okeniyi and Byung-hun Lee.

There are few details on the exact plot, although it’s known there will be a lot of time-travelling involved and that this is designed as the first part of a stand alone trilogy.

The film recently started shooting with Alan Taylor directing from a screenplay by Laeta Kalogridis and Patrick Lussier.

There have been rumblings for a few months about Matt Smith possibly leaving Doctor Who behind, especially after his Hollywood career started potentially taking off when Ryan Gosling cast him in his directorial debut, How To Catch A Monster.

Now Smith has confirmed that he’ll be departing the world of Who after the 50th Anniversary special (co-starring David Tenant) and this year’s Christmas special.

He also released a statement, saying “Doctor Who has been the most brilliant experience for me as an actor and a bloke, and that largely is down to the cast, crew and fans of the show,” Smith said in a statement released by the Beeb. “I’m incredibly grateful to all the cast and crew who work tirelessly every day to realise all the elements of the show and deliver Doctor Who to the audience. Many of them have become good friends and I’m incredibly proud of what we have achieved over the last four years.”

Doctor Who boss, Stephen Moffat, commented, “Every day, on every episode, in every set of rushes, Matt Smith surprised me. The way he’d turn a line, or spin on his heels, or make something funny, or out of nowhere make me cry – I just never knew what was coming next. The Doctor can be clown and hero – often at the same time – and Matt rose to both challenges magnificently. And even better than that, given the pressures of this extraordinary show, he is one of the nicest and hardest-working people I have ever had the privilege of knowing. Whatever we threw at him – sometimes literally – his behaviour was always worthy of the Doctor.”

Of course, Doctor Who isn’t ending, so we can now look forward to months of speculation as to who will be the next Doctor. I’ll predict right now you’ll be seeing stories wondering if we’ll get our first black or female take on the character (although we’ll probably get another white guy).

Moffat added, “Somewhere out there right now – all unknowing, just going about their business – is someone who’s about to become the Doctor. A life is going to change, and Doctor Who will be born all over again. After 50 years, that’s still so exciting.”

So get ready for another regeneration.

Few people would have expected the worlds of Doctor Who and Ryan Gosling to crossover, but that’s just what’s happening as Variety reports that Ryan has cast Matt Smith in his fantasy noir directorial/screenwriting debut, How To Catch A Monster. Bloody Disgusting also suggests Gosling has handed a role in the movie to his girlfriend, Eva Mendes.

How to Catch a Monster is said to weave elements of fantasy noir and suspense into a modern day fairytale. Set against the surreal dreamscape of a vanishing city, Billy (Christina Hendricks), a single mother of two, is swept into a macabre and dark fantasy underworld while her teenage son discovers a secret road leading to an underwater town. Both Billy and her son must dive deep into the mystery, if their family is to survive. It all sounds a bit weird, but hopefully Gosling’s script will make sense when we see the movie.

Smith will play the male lead, although there’s no news on exactly who his character will be. The film marks Smith’s Hollywood debut. Mendes meanwhile will play Cat, who’s described as a prominent member of the Big Bad Wolf Club. Although what a Big Bad Wolf Club is hasn’t been revealed.

The movie starts shooting this spring. 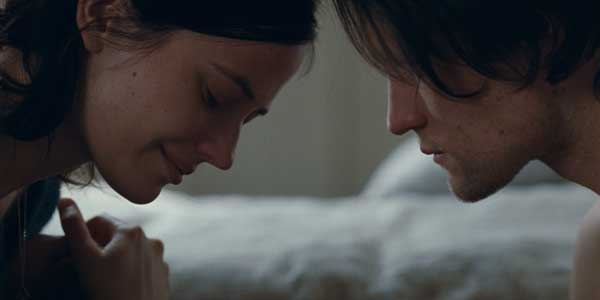 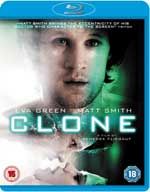 Would you clone your dead lover if you could? Thankfully it’s not something we need to worry too much about at the moment, although it may well be something mankind has to face in the near future. That said, I have to hope that future isn’t quite like it is in Clone.

Rebecca (Eva Green) and Thomas (Matt Smith) have known each other since childhood and after reuniting as adults embark on an intense relationship. However things are cut short when Thomas is hit by a car and killed. Despite the objections of his mother, Rebecca decides to mother a clone of Thomas as she cannot let go of him. END_OF_DOCUMENT_TOKEN_TO_BE_REPLACED

Doctor Who himself, Matt Smith, makes his movie debut in Clone (an uncredited part in In Bruges doesn’t count), where he has to deal with the ultimate Oedipus complex, where he’s the clone of his mother’s dead lover! As the tagline for the US release put it – ‘What are the consequences of giving birth to your dead boyfriend?’ The answer to that is that they’re pretty f*cked up. Eva Green also stars, continuing her run of sci-fi delving into deep and dark places, which she’s also explored  in the likes of Perfect Sense and Franklyn.

However I’d imagine there’s a lot of people who’ll want to watch the trailer above, just because you get to see Matt Smith’s bum!

Ever since Christopher Ecclestone stepped into Doctor Who’s shoes a few years ago, there’s been talk of a big screen version of the classic sci-fi show, but plans don’t seem to have moved very far. Now though, Variety reports that none other than Harry Potter director David Yates is planning on making a Doctor Who movie!

The film is being produced by the BBC, who hope to turn this intergalactic alien Time Lord into a worldwide theatrical franchise – although presumably if they’re hoping for a top flight movie, they’ll be looking for a studio to partner with on the project and splash some cash of grade A special effects.

David Yates commented, “We’re looking at writers now. We’re going to spend two to three years to get it right. It needs quite a radical transformation to take it into the bigger arena. The notion of the time-traveling Time Lord is such a strong one, because you can express story and drama in any dimension or time.”

It’ll be interesting to discover whether there’s a masterplan involved here, as to how this will fit with Doctor Who on the small screen. Is the idea Matt Smith will be big screen Who? Will they find a way to go back to David Tennant? Will there be a new Doctor? Is the film’s timeline going to run completely separately from what we’ve seen on the small screen? We’ll have to wait and see.