While the first part of Tony Kushner’s two-part, Angels in America: A Gay Fantasia on National Themes, Millennium Approaches, was first performed in San Francisco, it was the 1992 British National Theatre production which helped state the play’s claim to being something exceptional. It and it’s follow-up, Perestroika, went of to win  the Pulitzer Prize for Drama, the Tony Award for Best Play, and the Drama Desk Award for Outstanding Play, amongst other gongs.

To mark the 25th Anniversary, the National Theatre will be putting on a new staging, with a great cast including, Rusell Tovey, Andrew Garfield, Nathan Lane, Stuart Angell, Susan Brown, Laura Caldow, Denise Gough, Claire Lambert, Amanda Lawrence, James McArdle, Becky Namgauds, Nathan Stewart-Jarrett, Stan West and Lewis Wilkins. Now the first cast pictures have been released, which you can take a look at below.

Set in America in the mid-1980s. In the midst of the AIDS crisis and a conservative Reagan administration, New Yorkers grapple with life and death, love and sex, heaven and hell. The production will be directed by Olivier and Tony award-winner Marianne Elliott (The Curious Incident of the Dog in the Night-Time, War Horse, Husbands & Sons).

Andrew Garfield, playing Prior Walter, comments: “I feel tremendously grateful and healthily daunted at the prospect of being back in a rehearsal room at the NT to attempt to scale the mountain of Tony Kushner’s masterpiece Angels in America. Thanking God or some other divine force to have Marianne Elliot as our intrepid leader and this incredible company of actors to share the adventure with. What a gift to work on and offer up this play that feels so urgent at this very moment, for all of our souls.”

Nathan Lane, playing Roy Cohn, adds: “I am very honored to be making my NT debut with such a distinguished cast under the direction of the brilliant Marianne Elliott in Tony Kushner’s masterpiece. In light of recent political events here in the U.S. I can’t think of a better or more timely play to be doing.”

Russell Tovey, playing Joe Pitt, says: “The great work is about to begin. The excitement and pride I feel as I embark on rehearsals for this epic play and this majestic production is palpable. I am so incredibly excited to be back at the NT after nearly ten years away with this historic and vitally important piece of theatre at a time when it has never seemed more relevant. I cannot wait to explore the tormented world of Joe Pitt and those tortured souls around him.”

The show will Preview in the Lyttelton Theatre from Tuesday 11 April, with a full opening in early May. Public booking for Angels in America will open at 8.30am on Friday 20 January 2017.

If you can’t get a ticket, Angels in America will be broadcast by NT Live from the National Theatre to cinemas around the UK and internationally (dates and venues to be announced). END_OF_DOCUMENT_TOKEN_TO_BE_REPLACED

Nathan Lane’s recurring character on Modern Family was a key part of the wedding of Cam and Mitchell, but the actor hilmsef has waited a little longer for his own nuptials. Now though, People reports that Lane married his partner of 18 years, Devlin Elliott, at City Hall in New York last Tuesday.

Lane came out publicly in 1999, something that suprised very few people, and it certainly had little effect on his career. As an actor he’s a double Tony winner (for A Funny Thing Happened on the Way to the Forum and The Producers), and has had success on screen in everything from The Birdcage and Mousehunt to The Good Wife and voicing Timon in The Lion King.

Lane has previously spoken about the fact that if he ever did marry it would be a quiet affair, something he’s followed through with a City Hall wedding and a wait of several days for it to be officially announced.

When there’s a major gay role in a film or TV show, there’s often grumbling if its played by a resolutely straight person. There are actually fairly complex arguments surrounding this – it’s not just a question of whether gay people ought to play gay roles, but whether the fact gay people are so often typecast into particular types of parts, that by casting a straight person you are both perpetuating the idea that having homosexuality on-screen is okay as long as it’s not ‘real’ and that you’re taking work away from gay actors who are often overlooked for major roles.

Conversely of course, fewer people believe in the principle that gay people shouldn’t be allowed to play straight roles, even if there’s still a perverse belief in some circles in Hollywood that audiences won’t believe a man-woman romance if they know one of the people is really gay.

Now Nathan Lane has weighed into the discussion while talking to TV critics earlier this week about PBS’ presentation of his Broadway play The Nance, he was asked about his thought on straight people playing gay. He said (via Salon.com), “We just had ‘The Normal Heart’ (with straight actor) Mark Ruffalo, fantastic job. I think who’s right for the part and most talented” should be hired.

He adds that if actors had to stick to their own sexuality, “That way only madness lies… I wouldn’t have played Nathan Detroit or Max Bialystock” if he couldn’t play straight roles.

Lane won a Tony Award recently for The Nance, about a gay burlesque performer in 1930’s New York. It recently screened in US cinemas and will air on PBS in October.

Last year Nathan Lane starred in the Lincoln Center Theater’s production of out playwright Douglas Carter Beane’s play The Nance. Now many of those who couldn’t make it to New York will get a chance to see it as a filmed version is set to play at US cinemas beginning June 23rd.

It should screen in more than 300 movie theatres in an exclusive limited engagement courtesy of Lincoln Center and cinema advertising company Screenvision.

“Through this partnership with Lincoln Center, we are thrilled to offer moviegoers nationwide the chance to see one of the most original plays with a stellar cast of complex and enthralling characters,” says Screenvision’s Darryl Schaffer “We are pleased that we can offer it to our exhibitor partners and take part in extending the reach of such a great work of art.”

You can find out more about where it will be screening by clicking here. END_OF_DOCUMENT_TOKEN_TO_BE_REPLACED

Linda Sinclair (Julianne Moore) is the titular English teacher, a 40-something spinster whose life has been so filled with literature that she has been unable to find a man who can fulfil her romantic ideals. She discovers that one of her old students, Jason (Michael Angarano), is back in their small town after returning from studying writing at university. He’s given up on his dreams of being a writer, but after Linda reads his play, The Chrysalis, she decides it must be staged and that her high school is going to do. END_OF_DOCUMENT_TOKEN_TO_BE_REPLACED 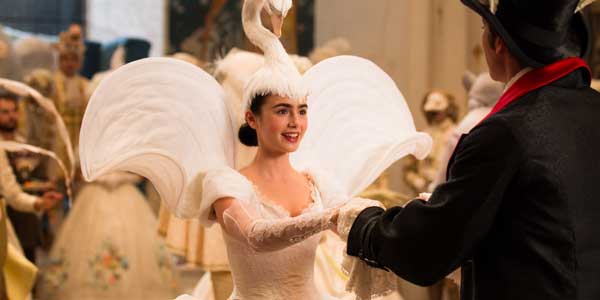 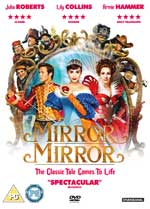 Tarsem Singh is a cinematic visionary who tends to focus more on imagery, costumes and style than with plots, and again has delivered something very similar with Mirror Mirror. Personally I enjoy watching Singh’s films and marvel at the beauty and striking canvas he envisages like a true artist (it is definitely style over substance), along with the creator of his incredible costumes, Eiko Ishioka, who unfortunately passed away this year. END_OF_DOCUMENT_TOKEN_TO_BE_REPLACED