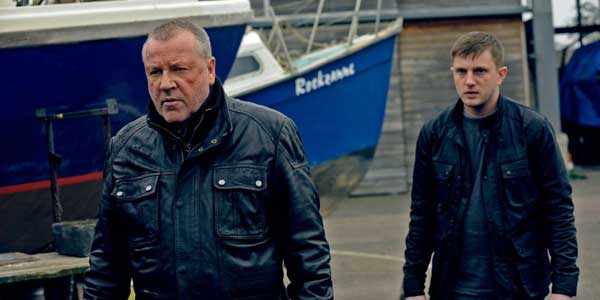 If the Metropolitan Police are hoping to get away from their image in some sectors as oppressive cowboys with a penchant for shooting people they don’t need to, The Sweeney isn’t going to help the cause. The film takes the stereotype of the old school, rulebook ignoring cop and ramps it up the nth degree. Indeed it’s more the cliché of the original 1970s TV series it’s based on than anything close to the series itself. END_OF_DOCUMENT_TOKEN_TO_BE_REPLACED

A month or so ago Liam Neeson was in talks to play the bad guy in Darren Aronofsky’s biblical epic Noah. That didn’t work out, and now the role looks like it’s going to Ray Winstone, who’s in talks to join the film, according to Deadline.

Russell Crowe will take the title role, with Logan Lerman, Douglas Booth and Emma Watson also set to star. Although in the bible, the main baddie for Noah is the weather, Aronfsky’s film will add in a human nemesis, played by Winston, who presumably thinks building arks is the dumbest thing in the world.

Jennifer Connelly is still being eyed as Noah’s wife, but nothing’s been signed as yet. Aronofsky’s going to have to make a decision soon, as the movie is set to shoot later this summer.

CHECK OUT THESE RELATED ARCHIVES:
ACTORS: Ray Winstone, Russell Crowe  DIRECTORS: Darren Aronofsky  FILMS: Noah
To watch this video, you need the latest Flash-Player and active javascript in your browser.

It took a while to get a film version of the classic 70s TV show, The Sweeney, off the ground, but now it’s on it’s way, with Ray Winstone and Ben ‘Plan B’ Drew (who I must admit having a tiny bit of a crush on) taking on the roles made famous by John Thaw and Dennis Waterman. While the 70s show was known for being a gritty take on the cop drama, it seems the film will be adding a whole new level of grit, with Winstone’s Jack Regan a hardened, take no prisoners cop, working alongside Drew’s newbie officer. It’ll be in cinemas in September.