Take a look at all the new posters below. END_OF_DOCUMENT_TOKEN_TO_BE_REPLACED

Empire has gone slightly Thor: The Dark World crazy, with four different covers for the film with their new issue. They’ve also a slew on new pics from the film, showing off the world of Asgard, along with the likes of Chris Hemsworth, Tom Hiddleston, Natalie Portman, Stellan Skarsgard, Idris Elba, Jaimie Alexander and loads more.

It’s also our best look yet at Christopher Eccleston under a load of make-up as the evil Malekit, as well as his minions.

And don’t expect everyone to survive this film, as director Alan Taylor has revealed,”You know, we are killing Asgardians in this movie. It turns out immortality isn’t all that it was cracked up to be.”
Hopefully that isn’t the reason Loki isn’t in The Avengers: Age Of Ultron, as there will be a lot of angry fans if it is.

Producer Craig Kyle also spoke about how the events of Thor lead into Thor: The Dark World. “When the Bifrost was broken at the end of the first film, Odin had to conjure a lot of dark energy and go through a lot of personal sacrifice to try and get his son back to Earth,” he says. “And it was a one-shot deal. If Thor didn’t succeed, without the Tesseract he couldn’t have got back again. And in our film, finally the Bifrost has been rebuilt, but during that time, when the cops were largely cut off from the rest of the universe, you had miscreants that came in from outside the Nine Realms, pillaging and destroying and causing havoc. So that’s what our guys have been doing now – trying to put all these fires out across the Nine Realms.”

It’s always worth adding Stellan Skargard to a movie, something Kenneth Branagh realised with Thor. He’s now planning to work with him again, as THR reports Stellan is in talks to join Branagh’s big-budget take on Cinderella, which he’s directing for Disney.

Assuming Skarsgard signs on the bottom line, he’ll be playing a grand duke who’s a senior adviser to the king. However, he has his own nefarious agenda, which doesn’t involve the Prince and Cinders living happily ever after.

Aline Brosh McKenna (Annie) and Chris Weitz (About a Boy) have written the screenplay for the movie, although there’s still no info on whether this will be a traditional take or something a little more modern. Lily James is set to play Cinderella, with Cate Blanchett wicked stepmother, Holliday Grainger and Sophie McShera as the nasty stepsisters, Helena Bonham Carter channelling her inner fairy godmother and Richard Madden as the prince.

Filming will kick off later this year. 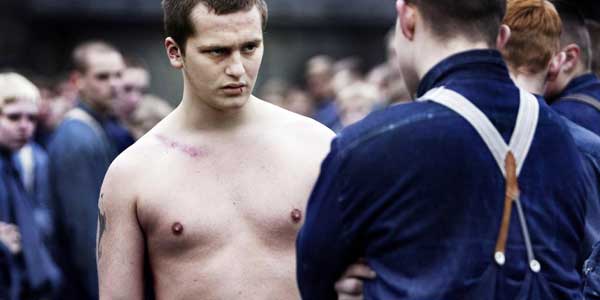 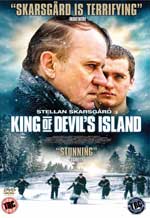 I wonder if anyone has ever made a movie where young people in a children’s home or reformatory were treated well and only punished to the extent they deserved,  in an environment that can help them become well-adjusted members of society. King Of Devil’s Island doesn’t just have a brutal borstal, but it’s also set on an island, and groups of people stuck together on an island never bodes well in the movies either. However while it may therefore sound like the film is merely mining movie chestnuts, it’s actually based on a true story. END_OF_DOCUMENT_TOKEN_TO_BE_REPLACED

With the shoot starting tomorrow in Germany, other cast members have also been announced, including Nicolas Bro (Warhorse), Jesper Christensen (Quantum of Solice) Jens Albinus (Idiots), Shanti Roney (Together) and Severin von Hoensbroech (Ruhm). Nicole Kidman and Willem Dafoe have been linked to Nymphomaniac, but it hasn’t been confirmed whether they’ll actually appear in the movie.

As for whether all these actors really will be shagging on-screen, producers have said much of it will be done through the use of body doubles and visual effects, although we’ll have to wait and see.