Finding Nemo hits UK cinemas in 3D for the first time on March 29th, and to celebrate Disney has provided us with a clip to refresh our memories of the exceedingly charming movie. It features Nemo and Gill (Willem Dafoe) discussing methods of escape.

On the 3D version, director Andrew Stanton commented, “Watching the first few scenes from ‘Finding Nemo’ in 3D was like I’d never seen a 3D movie before. It took my breath away. It felt like I was more underwater. It makes the scary moments scarier. It makes the beautiful moments more beautiful. It really drops you deeper into the story. It just amplifies everything.”

With its ocean setting, it’s certainly the sort of movie 3D seems to be made for. Watch the clip below. END_OF_DOCUMENT_TOKEN_TO_BE_REPLACED

Willem Dafoe and Matt Dillon have signed up to star in Whiskey Bay, an independent feature that marks the directorial debut of producer Chris Brinker (Boondock Saints), according to Deadline.

The movie is about a longtime cop (Willem Dafoe) who arrests a notorious member of the Aryan Brotherhood (Matt Dillon). Although the former neo-Nazi is trying to put his life back together, he agrees to go undercover to shut down his former operation.

Jonny Hirschbein wrote the screenplay, with shooting set to take place in New Orleans, although it isn’t known when production will begin. 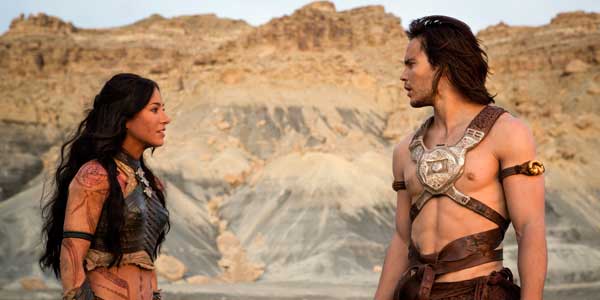 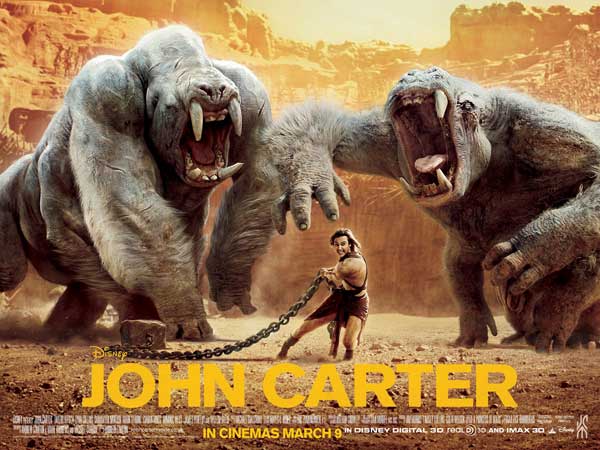 The John Carter books, by Edgar Rice Boroughs (of Tarzan fame), are relatively little known outside the US, but to a certain extent they’re America’s equivalent of British classics such as Lord Of The Rings and Narnia, loved by children and adults alike. I knew very little of John Carter prior to hearing about the release, but the Avatar-esque trailers were promising. Unfortunately though the end result feels more like the dodgy adaptation that turned out to be The Golden Compass, although thankfully not as bad as that movie. END_OF_DOCUMENT_TOKEN_TO_BE_REPLACED

After a rather fuzzy, watermarked version arrived yesterday afternoon, the full, proper John Carter trailer has arrived, and it’s likely to get people a lot more excited that they might have thought. The first teaser made the film look a little cheesy, but this trailer is a whole new ball game, with a much more interesting, fully realised Martian world. Here’s the synopsis: ‘
John Carter tells the tale of war-weary, former military captain John Carter, who is inexplicably transported to Mars where he becomes reluctantly involved in a conflict of epic proportions between the inhabitants of the planet. John Carter – the newest movie from Academy Award®–winning filmmaker Andrew Stanton is an action adventure story set on Barsoom, the exotic and mysterious planet we know as Mars. Based on the classic novel by Edgar Rice Burroughs, creator of Tarzan, John Carter is the story which inspired many of the most imaginative and well known Hollywood movies, past and present. Next year will mark the 100th anniversary of the John Carter character, first created in the Edgar Rice Burroughs novel.’ It arrives in cinemas March 9th.