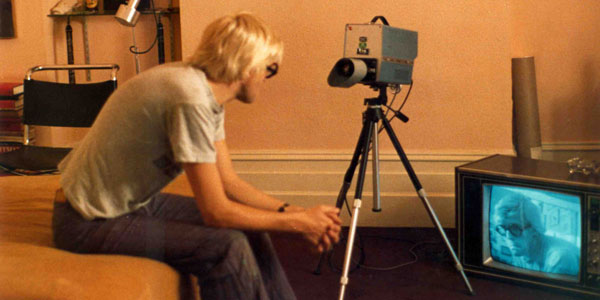 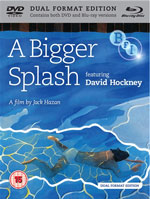 On the surface it seems like a fly on the wall documentary looking at Hockney, but as you watch it slowly becomes clear that what you’re seeing isn’t a documentary at all. Instead it is recreation of reality, using all the real players in Hockney’s life, who are taking part in a devised reflection of the truth. It is therefore an odd ally to TOWIE and its ilk, but of course made at a time when reality soaps would have seemed like the idea of a madman. END_OF_DOCUMENT_TOKEN_TO_BE_REPLACED

Little Joe bills itself as ‘a magazine about queers and cinema, mostly’, tending towards the more hip and avant garde end of the spectrum. It’s taking its concept a little further by launching A Little Film Club, a monthly screening programme in London, supported by Film London’s new Community Pilot Fund scheme.

A Little Film Club will alternate between The Cinema Museum in Kennington and the Rio Cinema in Dalston and hopes to be ‘an unique space for the exhibition and discussion of films that inspire alternative discourse. Incorporating an eclectic programme of films mapping the subterranean queer canon of cinema, the screenings will also feature extended introductions, discussions and social events’.

The club launches 6.30pm, Tuesday 31st January at the Cinema Museum with Jack Hazan’s A Bigger Splash, a unique insight into the world of David Hockney at the height of his fame during the 1970s. To ensure the event is a little bit more special, Jack Hazan himself will be in conversation with Stuart Comer (Curator of Film at Tate Modern) following the screening.

Adrian Wootton, Chief Executive of Film London said: “Film London is delighted to support Little Joe’s screening programme via the new Community Pilot Fund. The fund is set up to allow us to support new and innovative community based projects that will extend the cultural film offer to audiences across the capital and we look forward to working with Little Joe to achieve this.”

So if you’re in London town and fancy broadening your film horizons, head on down to the Cinema Museum on Tuesday.