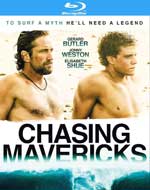 Chasing Mavericks is a biopic of surfer Jay Moriarty, following his teenage years when he went from keen amateur so surfing some of the biggest waves in the world. Jay (Jonny Weston) is a little bit of a misfits and often pushed around by the other kids. However he loves to surf and discovers that just up the coast from his Californian home are some truly monster waves. END_OF_DOCUMENT_TOKEN_TO_BE_REPLACED

Hilary Mantel is now best known as the double Booker Prize winning author of Wolf Hall and Bring Up The Bodies, but back in 1988 she wrote Eight Months On Grazzah Street, based on her own experiences as a westerner living in Saudi Arabia.

ScreenDaily reports that Gorillas In The Mist and Dawn Treader helmer Michael Apted is now planning to bring the book to the screen.

Here’s the synopsis from Amazon, ‘Frances Shore is a cartographer by trade, a maker of maps, but when her husband’s work takes her to Saudi Arabia she finds herself unable to map the Kingdom’s areas of internal darkness. The regime is corrupt and harsh, the expatriates are hard-drinking money-grubbers, and her Muslim neighbours are secretive, watchful. The streets are not a woman’s territory; confined in her flat, she finds her sense of self begin to dissolve. She hears whispers, sounds of distress from the ’empty’ flat above her head. She has only rumours, no facts to hang on to, and no one with whom to share her creeping unease. As her days empty of certainty and purpose, her life becomes a blank – waiting to be filled by violence and disaster.’

While in the novel the main character is British, Apted wants to make her American in the movie, hoping that despite Mantel’s book being 25 years old, this will make it seem even more prescient. He comments, “I’ve made lots of films about women and their changing role in society, so I’m interested in looking at this subject in the Middle East. I think that’s the interesting story here, not spies or terrorists. [The project] isn’t critical of the Middle East; if anything it’s slightly anti-American.”

Although saying your film is anti-American perhaps isn’t the best idea while you’re still looking for funding, it certainly sounds like it could be an interesting movie. Black Rain screenwriter Craig Bolotin is writing the script, and the filmmakers are currently scouting locations in Jordan, where Apted hopes to film the movie. Incidentally, the title is likely to change before it reaches cinemas.

Normally when a director gets replaced on a project it’s because the studio doesn’t like the direction a film is going or because there have been major disagreements going on. It’s always far more unfortunate when it has to happen due to illness.

Curtis Hanson (LA Confidential) has been shooting Of Men and Mavericks in Northern California, and while it’s scheduled to wrap production early next month, a new director will be at the helm. Michael Apted is filling in for director Curtis Hanson for the last 15 days of principal photography, starting on Monday.

According to Deadline, Hanson recently experienced complications from a heart surgery, which leaves him incapable of finishing the production. It isn’t known if Michael Apted will oversee post-production as well, or when Curtis Hanson is expected to fully recover.

Of Men and Mavericks stars newcomer Jonny Weston as surfing legend Jay Moriarty, who conquered the treacherous Northern California waves known as the ‘Mavericks’. Gerard Butler is Rick ‘Frosty’ Hesson, Moriarty’s mentor, who taught him how to ride the formidable waves. The film is due out next autumn, so hopefully Hanson will recover soon and be able to have plenty of input before it gets to cinemas.