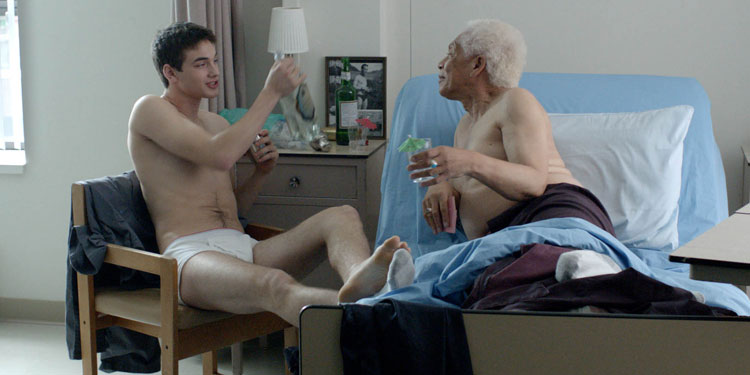 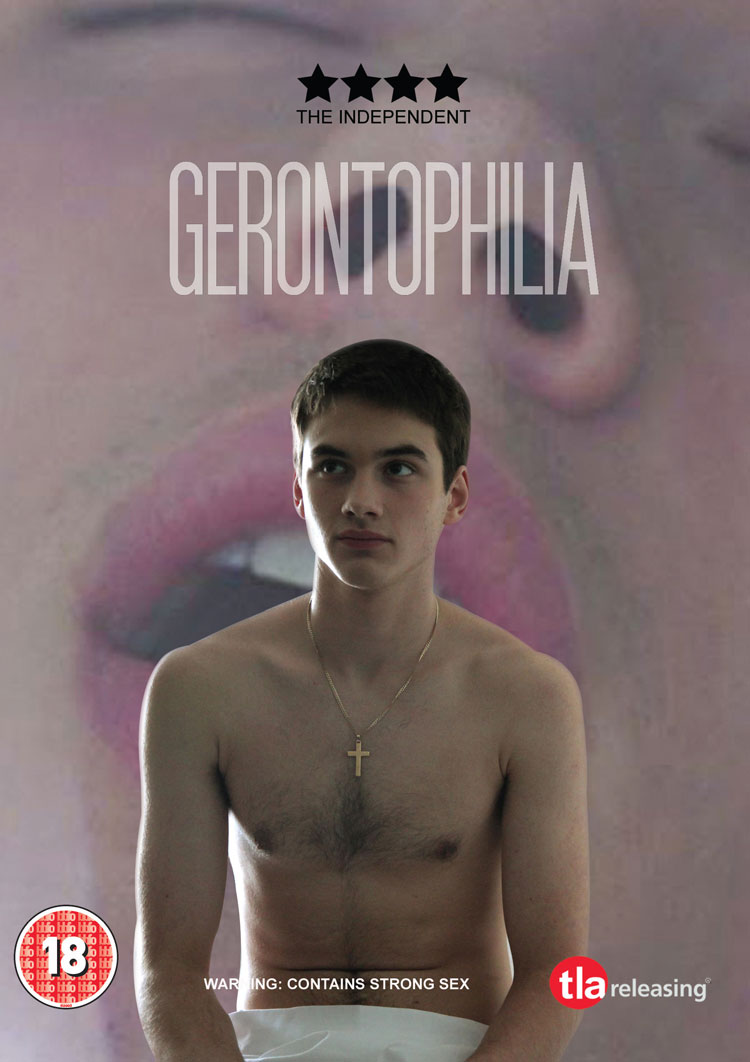 Lake (Pier-Gabriel Lajoie) is a young man with a girlfriend who ends up getting a job in the old folk’s home his mother runs. He soon discovers he has a strange fascination with the home’s inhabitants, which he realises is a fetish about older men. He gets close to an 81-year-old called Mr. Peabody (Walter Borden), which soon goes far beyond the boundaries of Lake’s job description. As his relationship with Mr. Peabody grown deeper and more sexual, Lake decides he and his lover are going to get out of the home and head off across Canada, towards the Pacific Ocean. END_OF_DOCUMENT_TOKEN_TO_BE_REPLACED

However Gerontophilia lacks the explicitness that many see as a hallmark of Bruce’s work, even if it still has a subject that might make some people uncomfortable. The film is about an 18-year-old who knows he’s attracted to much older men and so takes a job at a retirement home. He finds himself drawn to 81-year-old Mr. Peabody and decides to break the aging gent out of the home after he discovers they’re over-medicating the patients. Together they head off on a road trip across Canada.

We actually missed the trailer when it was first released (shame on us), but our attention was drawn to it via a new interview with LaBruce over at Vocativ. The chat is well worth a read in its entirety, with the director talking about his inspiration for making the movie, not least his own attraction to older people when he was young.

He says, “After I hit puberty, I had very strong sexual fantasies about older men, ranging from male teachers in their 30s or 40s to even older men in my life. Our contemporary Western culture doesn’t even want to acknowledge that postpubescent children can have these kinds of sexual impulses. Age of consent laws vary worldwide, but it is obviously often a gray area in terms of morality and ethical behavior. With my movie, I chose to represent an inter-generational love and sex relationship that is as extreme as possible and still within legal boundaries. But it still disturbs people in its extremity, if in a deceptively gentle and subtle way.”

As for what fans of his earlier work might say about him making what is essentially an offbeat, slightly Harold And Mauch rom-com, he adds, “I wanted to try something totally unexpected for me. People often want to put you in a box and expect you to give them the same thing every time. I wanted to make a film that was shocking by not being shocking. It’s also very trendy now to make sexually explicit films, but I’ve been doing it since the late 80s. For me, making a film that isn’t pornographic is going against the grain.”

The film debuted at the Venice Film Festival and recently opened in France. It’ll be out in Canada on April 18th, and will spread to other territories after that. END_OF_DOCUMENT_TOKEN_TO_BE_REPLACED

Now he’s hoping to return with Gerontophilia, which he’s described as ‘Harold and Maude meets One Flew Over the Cuckoo’s Nest’. The film has already started shooting in Montreal, but now La Bruce has launched an IndieGoGo campaign to raise $30,000 to get the movie finished. While this one doesn’t sound as explicit as many of La Bruce’s earlier movies (although who knows?), it takes on a subject that will be challenging to many, this time a relationship between an 18-year-old and an octogenarian.

The director says, “While it might not in any conventional sense be considered science fiction, Gerontophilia is at its heart a time travel movie. It takes as its subject a love affair of sorts between an eighty year old man and an eighteen year old boy: two old souls who, had they met each other somewhere else along the space/time continuum, might have become the perfect couple.”

Here’s the synopsis: ‘Lake is an unusual boy: he is a young man with an old soul who discovers he has an odd fixation on the elderly. Realizing that some day, if fate allows, he will be one himself, he is particularly fascinated by old men. He imagines their age to be a beautiful thing and recognizes how these men where once young and vibrant and attractive, as he is now. Although Lake has a girlfriend his own age, named Desiree, he wonders sometimes if his fixation on old men is unnatural and unhealthy – perhaps even sexual.

‘When his mother, who is a nurse, takes on a management job at an old folks home, Lake jumps at her offer of a summer job as an orderly there. Gradually, Lake comes to discover that the old people in the institution are being given psychotropic drugs to keep them in a catatonic state. Lake befriends one old man in particular, Mr. Peabody, who still seems to have some fight left in him. They begin to form a strong bond. Mr. Peabody charms Lake with romantic stories of his youth and confesses his dreams of seeing the ocean one last time. Avoiding the vigilant eye of Nurse Stonehenge, who administers shots and pills to the old folks, Lake starts to wean Mr. Peabody off his medication.

‘Eventually, Lake springs Mr. Peabody from the institution. Together they embark on a road trip telling everyone they meet that the old man is his grandfather and that they’re driving to the ocean. After numerous life- changing escapades, Lake is finally ready to accept his true feelings for Mr. Peabody, but everything changes when the trip takes an unexpected turn.’

If you want to know more or fancy offering some cash to the movie – as always with crowdfunding there are perks available depending on how much money you give – head over to IndieGoGo.