Previously called The Switch (and based on Elmore Leonard’s book of the same name), Life Of Crime takes us back into the world of Jackie Brown. Well, kind of, as while Tarantino isn’t involved this time around, the novel is set in the same world.

The is set 15 years before the events in Jackie Brown, following Louis Gara (John Hawkes) and Ordell Robbie (Yasiin Bey) who join forces to kidnap Mickey (Jennifer Aniston) , the wife of a real estate magnate (Tim Robbins). Their plan goes awry when the husband refuses to pay the ransom, leading Mickey to use her abductors for revenge.

Life Of Crime arrives in UK cinemas on September 5. END_OF_DOCUMENT_TOKEN_TO_BE_REPLACED

The Jackie Brown prequel Switch is having a bit of a Switch of its own, as actors Will Forte and Tim Robbins have signed up to replace Ty Burrell and Dennis Quaid in the movie, who’ve had to step away due to scheduling issues, according to Variety.

The film, based on Elmore Leonard’s novel, is set 15 years before the events in Quentin Tarantino’s Jackie Brown, following Louis Gara (John Hawkes) and Ordell Robbie (Yasiin Bey) who join forces to kidnap Mickey (Jennifer Aniston) , the wife of a real estate magnate (Tim Robbins). Their plan goes awry when the husband refuses to pay the ransom, leading Mickey to use her abductors for revenge.

Will Forte is set to play Marshall Taylor, a member of Mickey’s country club who witnesses the kidnapping and has a serious crush on Mickey. Isla Fisher is also onboard to play a younger version of Melanie, originally played by Bridget Fonda in Jackie Brown.

Daniel Schechter is directing from his own adapted screenplay. Production is scheduled to begin next month.

Switch, based on Elmore Leonard’s prequel to Jackie Brown, has been in the works for quite a while, and it seems that the lengthy development has caused some casting changes. Variety reports that Isla Fisher is now in negotiations to star in the film, although Dennis Quaid has apparently had to drop out due to his TV series Vegas getting a full season pick-up.

The story is set 15 years before the events in Jackie Brown, with Ordell Robbie (Yasiin Bey) and Louis Gara (John Hawkes) teaming up to kidnap the wife (Jennifer Aniston) of a Detroit real estate developer (who was supposed to be played by Quaid). Their plan goes awry when the husband refuses to pay up, forcing the duo to rethink their options. Ty Burrell is set to be a witness to the kidnapping. Fisher will be Melanie, a role played by Bridget Fonda in Jackie Brown.

Daniel Schechter is directing from his own screenplay, adapted from Elmore Leonard’s 1978 novel. 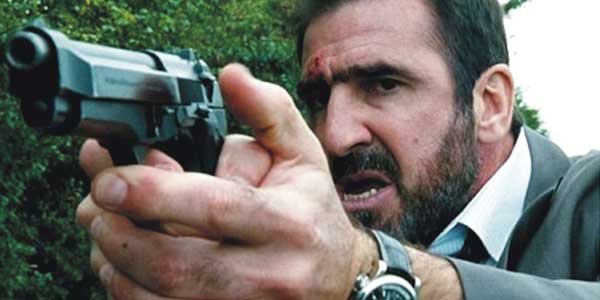 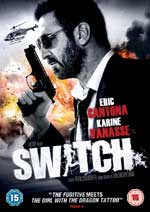 Sophie Malaterre (Karine Vanasse) is excited by the idea of a house swap – where you exchange homes with someone so you both get a holiday but save on accommodation – which will allow her to escape her Montreal life for a while with a trip to Paris. However she hasn’t been in France for long when the police raid the flat she’s swapped into and arrest Sophie while she’s in the bath, carting her off to the station after a decapitated head is found in her room. END_OF_DOCUMENT_TOKEN_TO_BE_REPLACED

Jennifer Aniston in not a shitty rom-com shocker! You’d assume that if Aniston was in talks for a film called Switch, it’d be some sort of sequel to the god-awful movie she made not that long ago with Jason Bateman, but it turns out the title is just a coincidence, as she’s actually being lined up for a supporting role in an Elmore Leonard adaptation, which also happens to be called Switch. And according to Deadline, Dennis Quaid’s coming along for the ride too.

They’d join the already cast Ty Burrell, John Hawkes and Yasiin Bey in the movie, which is a semi-prequel to Jackie Brown (or at least features some of the same characters). The story is set 15 years before the events of Jackie Brown, and follows Ordell Robbie (Bey) and Louis Gara (Hawkes) as they try to kidnap Mickey Dawson (Aniston), the wife of a crooked Detroit real estate magnate (Quaid). However the kidnappers soon turn this around, deciding to team with Mickey in order to get her horrible hubby’s money.

Quaid and Aniston are yet to sign on the dotted line, but things look good.

Ty Burrell has won huge praise and an Emmy for Modern Family, but he’s yet to make much of an impact on the big screen – and that’s despite popping up in film as diverse as The Incredible Hulk and National Treasure 2.

Now he’s booked a new movie role, which will hopefully help his film career, as Variety reports he’ll appear in Switch, based on Elmore Leonard’s prequel to Jackie Brown. And in the movie, he’s going to have a major man-crush.

Burrell is set to play Marshall Taylor, a married country club member who has a crush on Mickey and spend much of the story in a moral dilemma after he witnesses the kidnapping.

Daniel Schechter is directing from his own screenplay, which is adapted from Elmore Leonard’s novel. Shooting is slated to begin in May.

Anyone want a prequel to Jackie Brown, but without the involvement of Quentin Tarantino? Well, we’re getting one as Variety reports that actors John Hawkes and Yasiin Bey (formerly known as Mos Def) have signed on to star in Switch, a prequel to the Elmore Leonard book.

Robert De Niro played ex-con Louis Gara in Jackie Brown, with Samuel L. Jackson as low-rent arms dealer Ordell Robbie. Switch is set 15 years before the events of Jackie Brown, with Louis Gara (Hawkes) and Ordell Robbie (Bey) pairing up to kidnap Mickey Dawson, the wife of a Detroit real estate tycoon. Things don’t go according to plan, as the husband refuses to pay up and so the wife ends up using the criminals to get revenge.

Daniel Schechter is set to direct from his own screenplay. Schechter made the risky move of adapting the novel on spec, without acquiring the rights to Elmore Leonard’s book beforehand. However, after sending his finished script to the author, Leonard granted the director rights to his novel, and will produce the adaptation. Production is scheduled to begin in May.