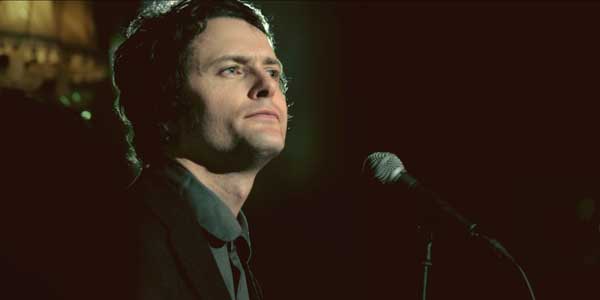 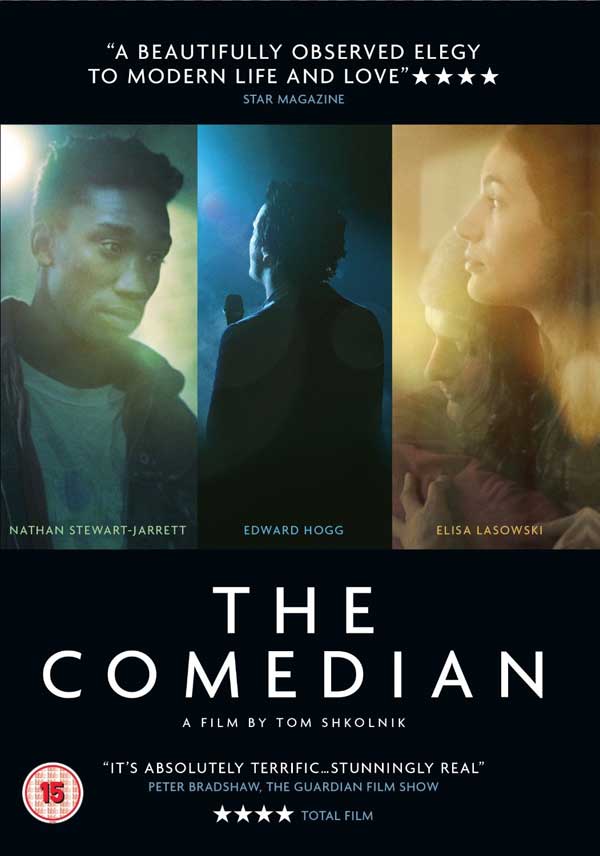 Outside comedy he’s stuck in a phone call centre job he hates and has a slightly dysfunctional relationship with his flatmate, who’s in love with him even though he’s gay. After striking up a conversation with a man (Nathan Stewart-Jarrett) on a bus, they start a relationship, which begins to highlight the ennui and sadness at the heart of Ed’s life. END_OF_DOCUMENT_TOKEN_TO_BE_REPLACED

Following successful screenings at the London Film Festival and BFI London Lesbian & Gay Film Festival, The Comedian is due to hit cinemas on May 21st. Sosogay got the first look at the trailer, which you can see above.

It takes on an interesting subject – what happens if a loving but asexual relationship between a man and woman is disrupted when he begins an affair with a man?

Here’s the synopsis: ‘Ed is a stand up comedian in his early thirties, he is handsome, charming, witty and lost.

‘Trying to make it on the London comedy circuit, he spends his nights performing in small rooms above pubs and his days making ends meet at a call centre.  He lives with Elisa, a beautiful French singer, the two like brother and sister, inseparable, loving and asexual. Ed funny and playful, Elisa soulful and sensitive.

‘One day, on a night bus home, Ed meets Nathan, a young black artist, blunt, honest and free. They immediately connect and begin a passionate affair. Suddenly the intimate bond between Ed and Elisa is threatened and Ed is faced with a choice between his attraction to a man and his love for a woman.  Set in the immediate and random background of today’s London. The Comedian is a fresh, dramatic and funny story about choices and how not to make them.’ END_OF_DOCUMENT_TOKEN_TO_BE_REPLACED

A movie with Kristen Wiig and Robert De Niro, directed by Sean Penn, is certainly an interesting prospect, and it looks like it’s probably going to happen and they’re teaming up for The Comedian, which is slated to start shooting in the spring. Written by Art Linson with Jeffrey Ross, the movie will be produced by Art Linson (Into the Wild), John Linson, Jon Kilik and Robert De Niro. Shannon Costello will be associate producing.

The film follows Jackie Burke (De Niro) is a raging comic who is past his prime. A once loved TV character in his hey day, he clings to any recognition of his former fame in the hope of reviving his now stagnant career. After being sentenced to community service for hitting an audience member in the head with his microphone, Jackie meets Harmony (Wiig), a dazzling and defiant redhead who turns his life sideways.

It’s not De Niro’s first brush with playing a comedian, as he was a wannabe stand-up in Scorsese’s King Of Comedy, although it appears in this one he’ll be more channelling Jerry Lewis’ character from that movie.