Set in a dystopian mix of the future and the past, Jonathan Pryce plays Sam Lowry, a man trying to live a quiet life as part of a vast bureaucracy, but who has extravagant dreams where he’s a flying, monster-slaying hero. During his waking life though, he’s mainly trying to be efficient and stop his plastic surgery obsessed mother from pushing him around. END_OF_DOCUMENT_TOKEN_TO_BE_REPLACED

We Were Here consists of interviews with San Franciscans who lived through the early years of the emergence of AIDS, giving testimony about its effect on them and those around them. For a younger generation for whom HIV has largely seemed like a manageable condition (whether that’s the truth or not), it’s sobering stuff. END_OF_DOCUMENT_TOKEN_TO_BE_REPLACED 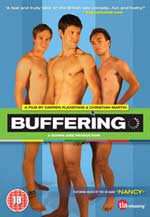 Bristol wouldn’t spring to most people’s minds as a hotspot of gay cinema, but it’s been getting that way in the last few years thanks to a bunch of dedicated guys who between them have brought us the likes of Shank, Release and now Buffering.

Seb (Alex Anthony) and Aaron (Conner McKenzy) are two young gay guys trying to live out a suburban idyll in their own house full of the domestic niceties. However the recession has hit and unbeknownst to Seb, Aaron has lost his job and they’re way behind on the mortgage. It’s gotten to the point where there’s only a short time to sort things out before the bank comes and takes their home. Things are compounded when Seb loses his job as well. END_OF_DOCUMENT_TOKEN_TO_BE_REPLACED 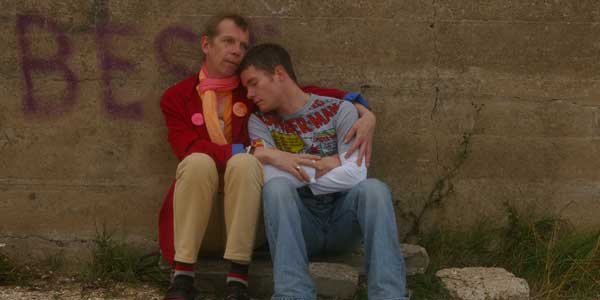 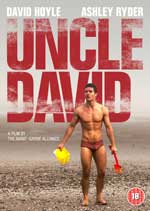 The plot is relatively simple. David (David Hoyle) is a middle-aged man living with his young lover, Ashley (Ashley Greene), in a chalet in a remote, windy, British seaside town. While their life seems rather basic and deprived, David lives in a world of his own philosophical making, endlessly lecturing the receptive Ashley about his ideas on life, and how nearly everybody in the world is buying into what he believes is a corrupt and corrupting system. END_OF_DOCUMENT_TOKEN_TO_BE_REPLACED