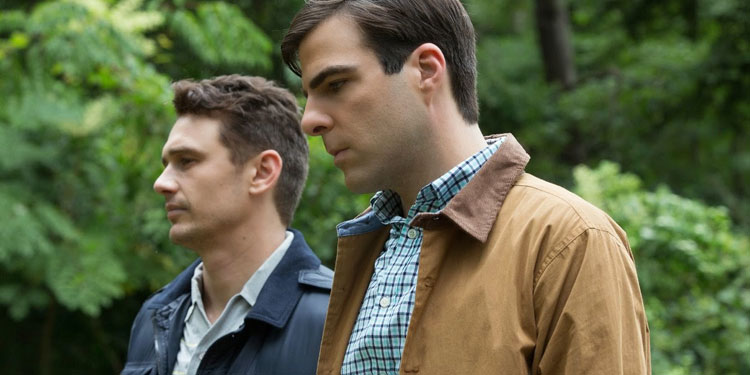 The film opens with James Franco as Michael and Zachary Quinto as his loving-yet-bland boyfriend Bennet. Apparently they’re happily in love in San Francisco, both running a gay magazine and helping gay youth in 2001. We watch as Bennett and Michael go from being happy together to being happy in a three-way relationship with Tyler (played by the ab-tastic Charlie Carver). At least, we assume they’re happy together – at no point does anyone say “I am happy being gay with you”, which is about the level of some of the exposition this script has in places. Michael is moody. Bennett is bland. Tyler is pretty. That’s about it. END_OF_DOCUMENT_TOKEN_TO_BE_REPLACED