Hollywood is not renowned for leaving a respectful amount of time before jumping on the bones of a tragedy – indeed they seem to view it the opposite way to normal people. To most people the announcement a couple of days after Steve Jobs’ death that Sony is buying a biography of him so they can make a movie biopic seems like profiteering out of tragedy, however in the world of Hollywood it is seen as a compliment.

To execs it’s a mark of respect that someone is seen as noteworthy enough that it’s worth trying to be the first to make a movie about them (and there’s also the fact things get a lot easier after someone dies, as you can’t libel a dead person, so legally a death makes creating a biopic a lot easier).

Variety reports that Sony has puchased the upcoming biopic, Steven Jobs, written by Walter Isaacson, the former CEO of CNN and managing editor of Time Magazine. Mark Gordon will produce the adaptation, although it doesn’t seem that Sony has a writer attached to adapt the book at the moment.

Simon & Schuster will publish the book later this month, which was written based on two years worth of interviews with Steve Jobs. Aside from being Apple’s co-founder, Jobs also served as the CEO of Pixar Animation Studios and was a part owner of Walt Disney Studios.

It’s never good news when between shooting a movie and it getting to cinemas a director leaves a project. However that’s what happened with the upcoming new take on Judge Dredd. Pete Travis (Vantage Point) has left the project in the middle of post-production, with the LA Times citing “creative disagreements with producers and executives”, which is the stock Hollywood answer anytime there’s a dispute. It’s not entirely clear if Travis walked away or if he’s been removed from Dredd.

Screenwriter/producer Alex Garland is now likely to take over the project in the editing room, and may seek a director’s credit. Dredd wrapped principal photography earlier this year and it seems the producers and executives in charge of the production were not pleased with the footage Pete Travis was delivering. However an insider claims that while Pete Travis isn’t involved in the post-production process, he is still keeping tabs on the project.

There is also the possibility that Dredd may undergo reshoots, although it isn’t known who would direct those. Many had wondered if there were issues with Dress, as the release date kept slipping backward, from the end of this year until it wasn’t due to arrive until September 21st, 2012. However the delay does mean there time to try and fix things, although it’s rare for a movie to be able to pull things back after ructions like this. 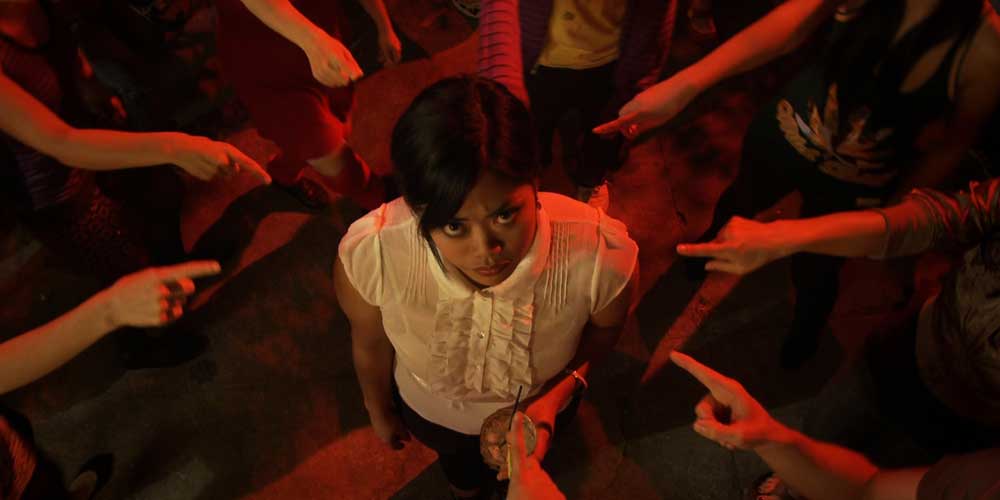 It’s not that the movie is bad – far from it in fact – just that it does have the feel of being a workshop that hasn’t quite found itself yet, which becomes evident when it has to resort unnecessarily to postmodern effects to underline its themes and ideas. But enough with the poncey deconstruction. Is it worth a look? END_OF_DOCUMENT_TOKEN_TO_BE_REPLACED

This makes us happy and if it doesn’t make you happy too, there’s something wrong with you.