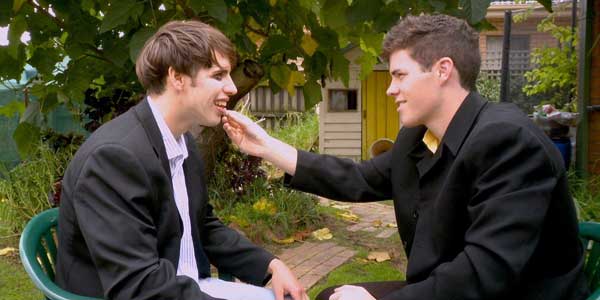 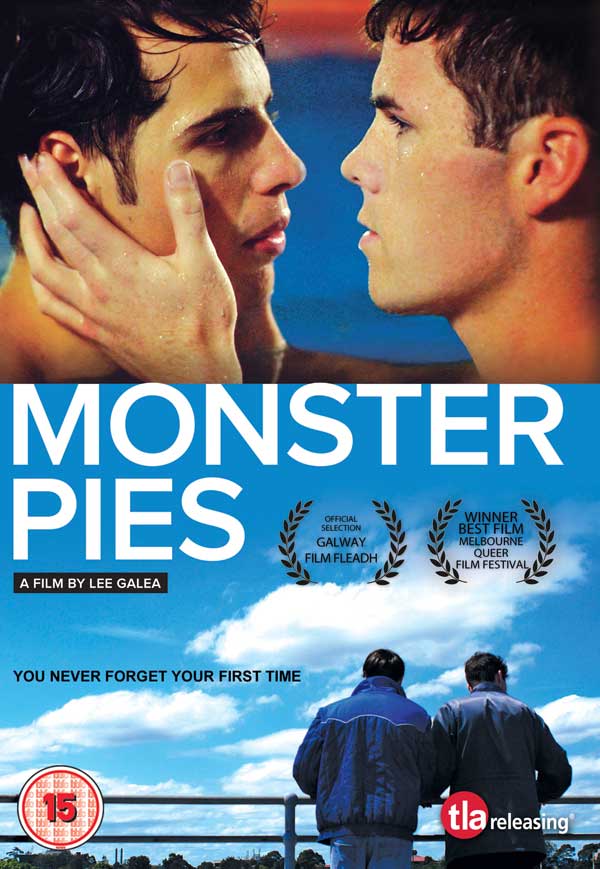 Mike is an Aussie teenager who’s long felt alienated and a little alone. Things begin to change for him with the arrival of new boy William. They’re teamed up on a school project where they have to explore Shakespeare’s Romeo & Juliet. They decide to do it by making a film about Frankenstein’s monster and the wolf man, which they (perhaps surprisingly) find fits well into the themes of the play.

A friendship emerges that soon develops into a romance. For the first time Mike feels connected and as if there are real possibilities for his future. However they both have challenges to face, particularly William, who has a brain-damaged mother and a brutish father, as well as being afraid of anyone finding out about his sexuality.

The romance between Mike and William is sweet and rather moving. Writer/Director Lee Galea has delved deep into the feelings and emotions of growing up gay, and many will be able to relate to the sensation of disconnection and loneliness Mike feels at the beginning, as well as the excitement and sudden realisation of the possibilities of life that often comes with first romance.

If you get caught up in the movie, you’ll probably also find the ending extremely moving. However it is a tad melodramatic and sometimes feels like it’s trying to pull the emotion from you, rather than allowing it to come naturally. It does undoubtedly have an important message, as depression among gay teens is still worryingly common, but in Monster Pies things are a tiny bit forced.

Even so, it’s very sweet and there is a lot about it that most gay people will be able to relate to. There is a sense of this being the sort of coming-to-terms-with-your-sexuality movie that we got a lot of about five to ten years ago. Sometimes it feels queer cinema has tried to move beyond this type of film, which is a bit of a shame, as these movies look at one of the few experiences most gay people share and which is pivotal in their lives. There’s nothing wrong with coming-out type films, as long as they’re well-handled and show a real understanding of growing up gay. Monster Pies is about 75% of the way there with that, even if it does feel a little like it could have gone a bit further.

Overall Verdict: A sweet, moving gay teen tale, which creates a cute, believable romance between two boys, but is sometimes a little melodramatic. A little more depth would have helped it feel like it was truly earning the emotion it elicits. It does elicit emotion though.