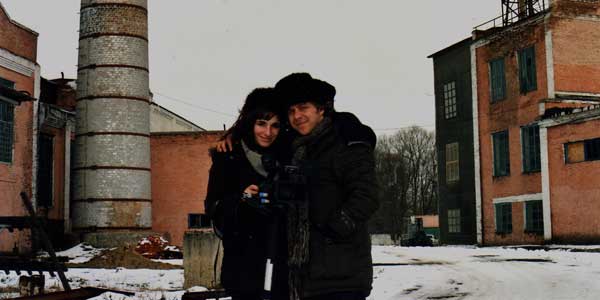 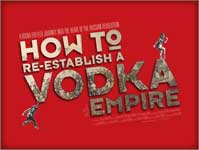 Director, subject and star Dan Edelstyn sets off to the Ukraine looking into his family’s past, and to find out more about how his great grandfather was once a rich, factory owner, before the October Revolution came along in 1917. Once in Eastern Europe, Dan discovers his family’s past wasn’t just in sugar but also in Vodka. Dan returns to the UK with ideas of buying the still-standing distillery and reviving the old family business, but soon realises that’s way beyond his means. Instead he embarks on an odyssey to import the vodka into the UK and launch a new brand, hopefully helping the locals in the Ukraine along the way.

This modern tale of a filmmaker making a rather left-field leap into the alcohol business is mixed with the story of Dan’s ancestors, and how the rise of Communism meant to the end of the old owning-classes, dispossessing thousands – particular if, like Dan’s great grandparents, they were Jewish – and starting an Odyssey across Europe, taking in travelling shows, romance, exile and large swathes of history.

Although How To Re-Establish A Vodka Empire feels a tad like it should be on More 4 rather than in cinemas, it’s an entertaining, inventive and rather charming tale, told with verve and passion by Edelstyn and his partner/camerawoman Hilary Powell.

The side of the film where Dan is trying import vodka and set himself up as the type of businessman he never expected to be, perhaps lacks a little focus, partly because while the stakes are actually pretty high, that doesn’t fully come across. Where the documentary is strongest is retelling the story of Dan’s ancestor, which mixes live-action, archive footage, stop-motion animation and plenty of invention to create a simple yet vivid picture of the past. The Russian Revolution is an absolutely fascinating moment in history, and this takes you into the thick of the social, political and racial tumult, while giving things a very personal feel.

The one sticking point I had was the vague sensation I might be being sold something. Although Edelstyn was a struggling filmmaker before he become a wannabe vodka mogul, there’s a lot of talk in the movie about how making the new alcohol brand a success is about creating a story people want to buy into. Of course the story is that of Dan’s ancestors, which is the same one we’re told in the movie. Although it’s only with my cynical hat on that I’d say this is essentially a giant advert for Dan’s vodka brand – watch the film, buy into the story and then buy into the vodka – it’s slightly difficult to escape that whether intentional or not, that’s essentially what it is. Nevertheless it’s a fun ride.

Overall Verdict: If you ignore the slight feeling the story you’re being told is trying to sell you vodka, it’s a fun, informative documentary that teaches you a lot about a fascinating moment in history.