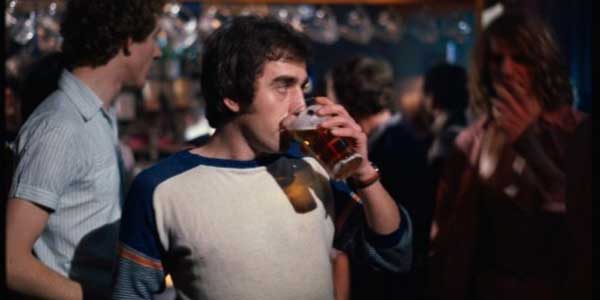 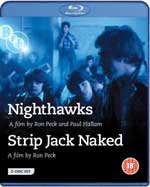 With the release of Weekend on DVD and Blu-ray, it seems a good time to revisit Nighthawks, a movie I’d be willing to bet served as a major inspiration for Andrew Haigh’s recent gay hit, but made 34 years before. Nighthawks is generally agreed to be Britain’s first ‘gay movie’, as while homosexuality had been seen on screen before, this was the first Brit flick to be told non-judgementally, from a gay perspective and not trading in crude stereotypes.

The film follows Londoner Jim (Ken Robertson), a teacher by day who spends his evenings cruising bars and discotheques (remember, this is 1978, when discotheques were cool!), picking up different men and trying to connect with them in various ways, whether it’s just for sex, attempting a fledgling relationship or becoming friends. He tries to keep his two lives separate, something that seems as much a necessity as something he actually wants.

The overwhelming feeling when watching Nighthawks is that despite the world changing a lot since the late 70s, many of the issues faced by gay men remain the same. The clothes and hairdos may have changed (there are certainly fewer perms now), but many will recognise the cycle of going out and finding a succession of men, of chasing after the guys that don’t want you and of pushing the ones who do want you away in case the next guy who comes along is better. Also very recognisable are the different roles gay men play. While everyone plays roles in life, it’s often more pronounced for gay people, especially if there are any areas where someone feels that they’re hiding their gay side, and while it was more of a necessity in the 70s, it’s still present now.

Told in an almost fly on the wall style, it’s not a film that goes in for the overwrought or big plot twists, instead laying out one man’s life. In the 1970s doing this for a gay person was unique, but even now it’s easy to see yourself reflected in Jim, whether it’s the similarities or differences. Nighthawks is admittedly a tad slow, but it’s also fascinating both as a look at gay life in the 70s and a critique of the issues that many gay people still face.

Watching it side-by-side with Weekend, it’s almost eerie how the same issues from Nighthawks resurface despite the very different time periods they’re set in – especially as both films are told in a similar style – even while it’s easier for the characters from the newer film to be out, proud and vocal about their sexuality.

Overall Verdict: Some may find Nighthawks a bit slow, but if you’re interested in the history of gay cinema, or gay life in the past, it’s a bit of a must see. It’s not only Britain’s first true gay film, but it’s a very good movie too.