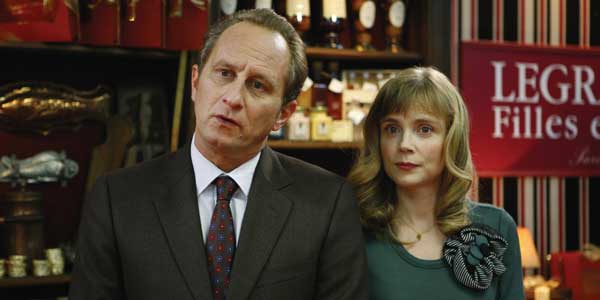 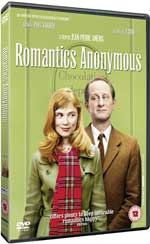 However I had to write a review and so I persevered, and I’m glad I did.

Angelique is a reserved young woman who largely lives inside her own head and has an absolute passion for chocolate. While she’s technically a renowned chocolate maker, the fact she falls to bits whenever she’s challenged means she hides this from all around her. When the seller she works with dies, she thinks her secret chocolate making life is over, and so she goes out and becomes a salesperson for a confectionary firm that’s on the edge of bankruptcy.

Angelique comes to realise that if she can get past her fear of being challenged, her consummate chocolate making skill could save the business. There’s also a chance of romance with the factory owner (Benoit Poelvoorde) – if he can get over his own quirks, that is.

With shades of Chocolat and Amelie, there’s nothing desperately original about Romantics Anonymous, but what it does it does well, with plenty of charm and sweetness. From early on it’s clear where the film is going and it sets out its simple agenda to put a smile on your face. There’s no grand social statements, portentous subplots or anything that might get in the way of letting the audience have a heart-warming time.

One of the main reasons I was having quirky character fatigue is that in order to keep people feeling like the small-scale film world hasn’t run out of ideas, they keep making the characters increasingly extreme, until they stop feeling real and the whole thing feels contrived and calculated. However here the quirkiness is very human and while it’s difficult not to think Angelique is a tad contradictory at times, it’s easy to empathise with her shyness and fears.

It’s not a coincidence this film is about chocolate, something that’s purely there to make you a bit happier and which does it without too much fuss.

Overall Verdict: It may be yet another small-scale film about misfit characters finding love, Romantics Anonymous has enough charm and heart to make it succeed.